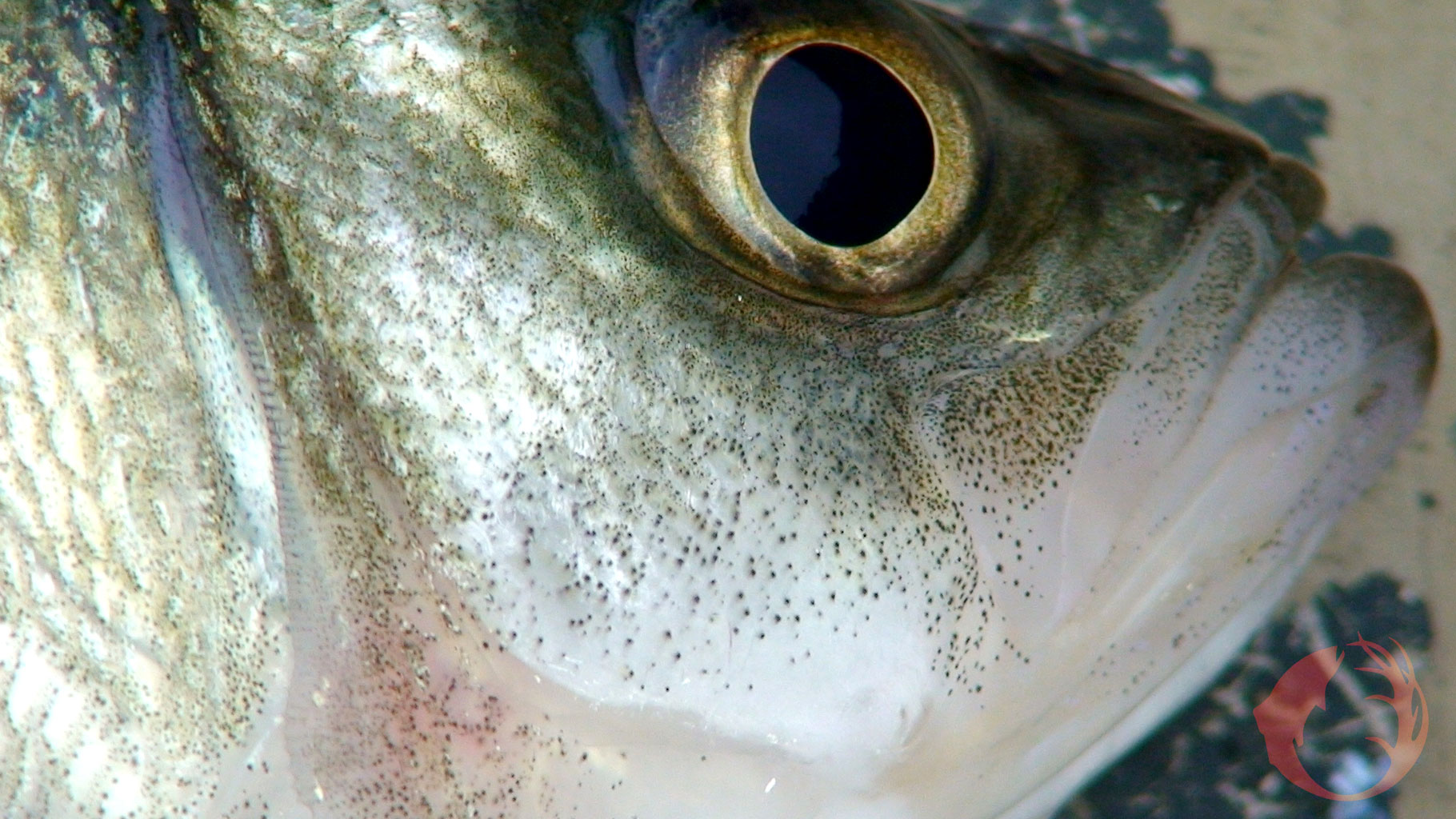 Fall is quickly approaching.  In fact, in some areas of the Midwest it’s already starting to look and feel like autumn.  Many anglers consider fall fishing to be the best fishing period of the year.  However, even during the best fishing period of the year, there are days when action might be a little slower than we like.  There are things we can do to try to get the fish to bite, things like switching baits, trying another area, maybe even moving to another body of water.  Through the years I and many anglers have learned that sometimes, if we just want to get bit, changing the species that we’re after can be the best way to go.  Here’s what I mean.

When I lived in the Walker Minnesota area in the early 80’s, I worked at Camp Fish, a fishing school for youth and adults.  Many of the guests at Camp Fish wanted to catch walleyes, but in reality they just wanted to catch something.  We would start out after walleyes, and often we caught them pretty good.  But on some days when the walleyes weren’t cooperating as well as we wanted, we would suggest a change to largemouth bass.  Usually the anglers would go along with that idea, and usually — actually almost always — we were able to catch a bunch of bass.  There are times when some species of fish are more willing to bite than others.  If the specie you’re after doesn’t want to get caught, go after another specie. 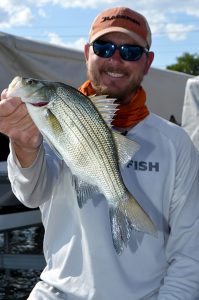 White bass will often bite your bait when nothing else will. Kevan Paul caught this white in Clear Lake in north central Iowa.

White bass have saved the day for me on several occasions.  I remember a day in particular on Lake Pepin.  Pepin is a wide spot in the Mississippi River and has provided me with several memorable days of fishing.  My fishing partner for the day and I were trolling crankbaits for walleyes with minimal success.  We noticed a flock of seagulls diving onto the water’s surface a short distance away.  We knew what that meant:  They were eating baitfish on the surface and that there were white bass below.  We moved quietly but quickly to the activity and started throwing baits that worked just below the surface. The action was fast and fun.  We spent the rest of the day watching for seagulls feeding on baitfish.

White bass provided lots of action one day in South Dakota as well.  We were throwing large bucktails in search of northern pike.  We were fishing near a culvert between two lakes, and the current was strong.  As we cast our bucktails for pike, we kept feeling something swipe at them, but miss.  We wanted to figure out what they were: Maybe they were small pike, but maybe they were walleyes.  We switched to lighter action rods and smaller baits.  They were neither pike nor walleyes:  They were giant white bass, the big ones with blue tails, and they were willing biters.  They were huge and on medium action spinning rods they were great fun to catch.

It’s good to have a plan when you go fishing, but across the Midwest and probably most other places, if you just want to get bit tie on a jig and tip it with an Ocho Worm. Cast it to the deep weedline, a wing dam or rock-pile, or anywhere else that looks fishy. You’re probably going to get bit.  You might catch a largemouth or smallmouth, maybe a walleye or northern pike, a crappie or a perch, or maybe even a white bass.  The thing is, you’re increasing your odds for catching a fish, and that means you’re increasing your chance of having a good time, and that’s why we go fishing.