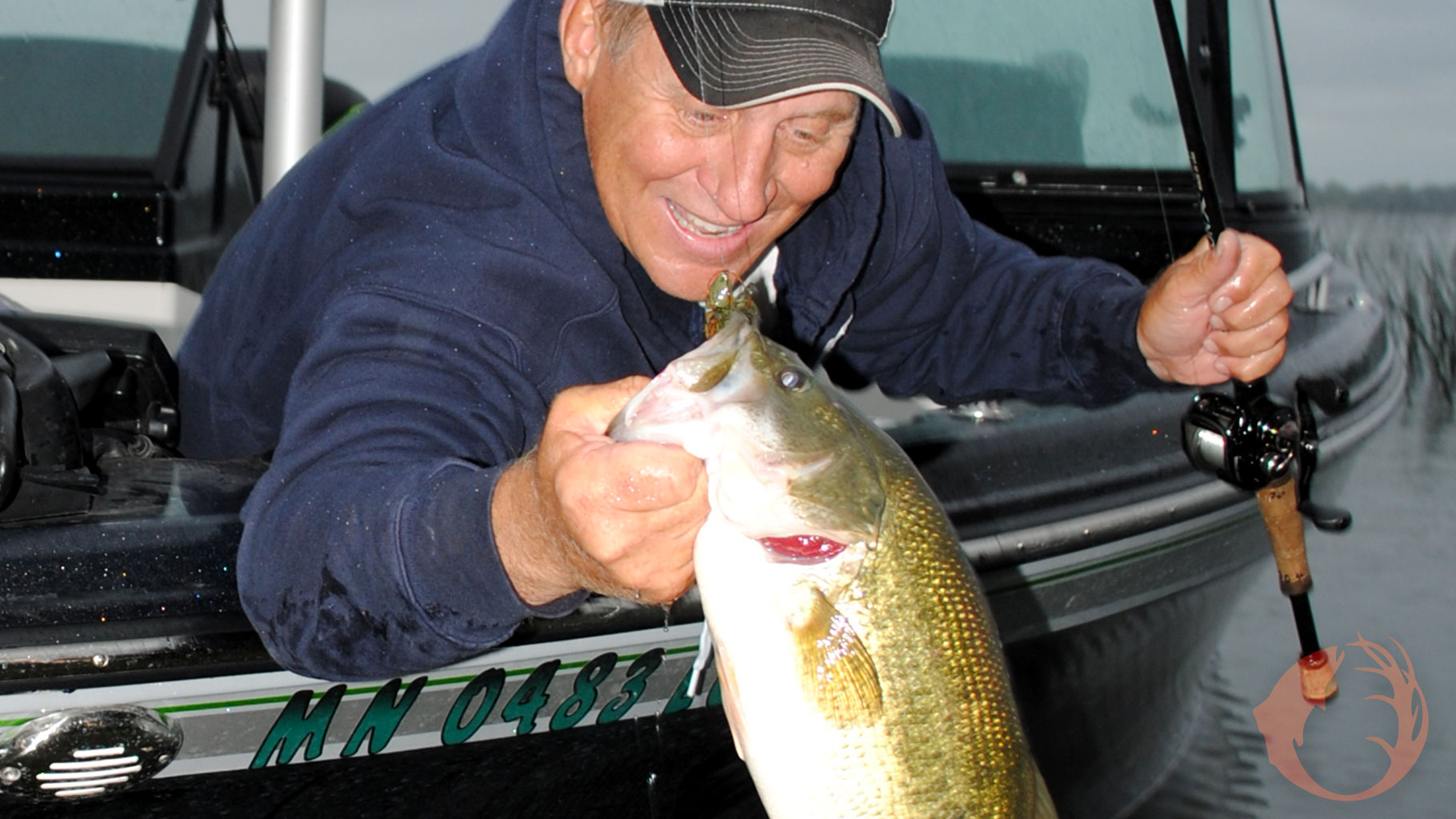 Autumn is in the air!  Birds are gathered on power lines, butterflies are getting together to prepare for their southerly journey, there have even been reports of tree leaves changing colors.  Summer fishing is different than Spring fishing, and fishing in the Fall in several very important ways is different than fishing in the Summer.  Some small changes in how and where we fish will help us be more successful in the Fall.  Following are some ideas for catching more fish and bigger fish in the next few weeks and months. 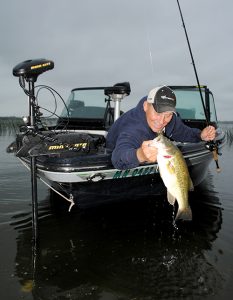 Warm fall days can draw largemouth bass into the shallow reeds. That’s where Mike Frisch caught this one.

Regardless of season, location is such an important consideration.  We often think that Fall fish will be in deeper water, and in some lakes and at some times they will be deep.  But there are also times when they’ll move shallow.  Lakes that have Fall spawning baitfish such as tullibee and whitefish will see walleye, northern pike, and muskies in the shallows eating these Fall spawners.  They spend the day in the deeper water close to the spawning areas, then at night follow the spawning baitfish shallow.  I fondly recall many night-fishing adventures in several Midwest states when double digit walleyes came to my net.

I’ve also had some memorable days catching largemouth bass in shallow reeds in the Fall.  Warm days are best, and the best reeds will be near deep water vegetation where the bass will spend much of their time, but bass that are shallow in the Fall are often biters.

In the Fall, generally if a predator fish is in shallow water, it is eating and susceptible to being caught.  I remember an afternoon on a lake in north central Minnesota a good number of years ago.  Action had been slow in the traditional walleye haunts.  We had been fishing for walleyes the way we usually fish for walleyes that time of year:  We were pulling live-bait rigs and jigs tipped with minnows over and around flats in 8- to 12-feet of water.  The wind was blowing into a shoreline nearby.  This particular lake, like quite a few bodies of water, was a wind lake:  If the wind blows from the same direction for a day or two, the walleyes will move to the shoreline. We moved closer to shore and made a couple of casts.  A couple of casts was all it took to make us aware of where the walleyes were.  They were in about 2 feet of water and just a few feet off shore.  We traded our eighth ounce Fire-ball jigs for sixteenth ouncers.  Fire-ball jigs, with their short-shank, wide-gap hook, are outstanding when live bait is employed.  A 6’6” or 7’ medium or medium light action rod is just right. Lew’s Black Speed Stick Walleye Rod is a favorite. Team it with a 200 size Lew’s spinning reel spooled with 6 pound test CX Premium P-Line.  This set-up will throw the light jigs well and also reveal subtle strikes, although much of the time shallow water strikes aren’t that subtle.  On this day the walleyes were mostly pound and half-ers up to maybe 3 pounds. No big ones, but the action was almost non-stop that afternoon.  It was probably the fastest walleye bite that I’ve ever experienced, and we got on it because we fished where the fish were, not where they were supposed to be.

Autumn is a great time to be outside.  The weather is mild, the colors can be spectacular, and so can the fishing.  Plan now to take advantage of Fall fishing.