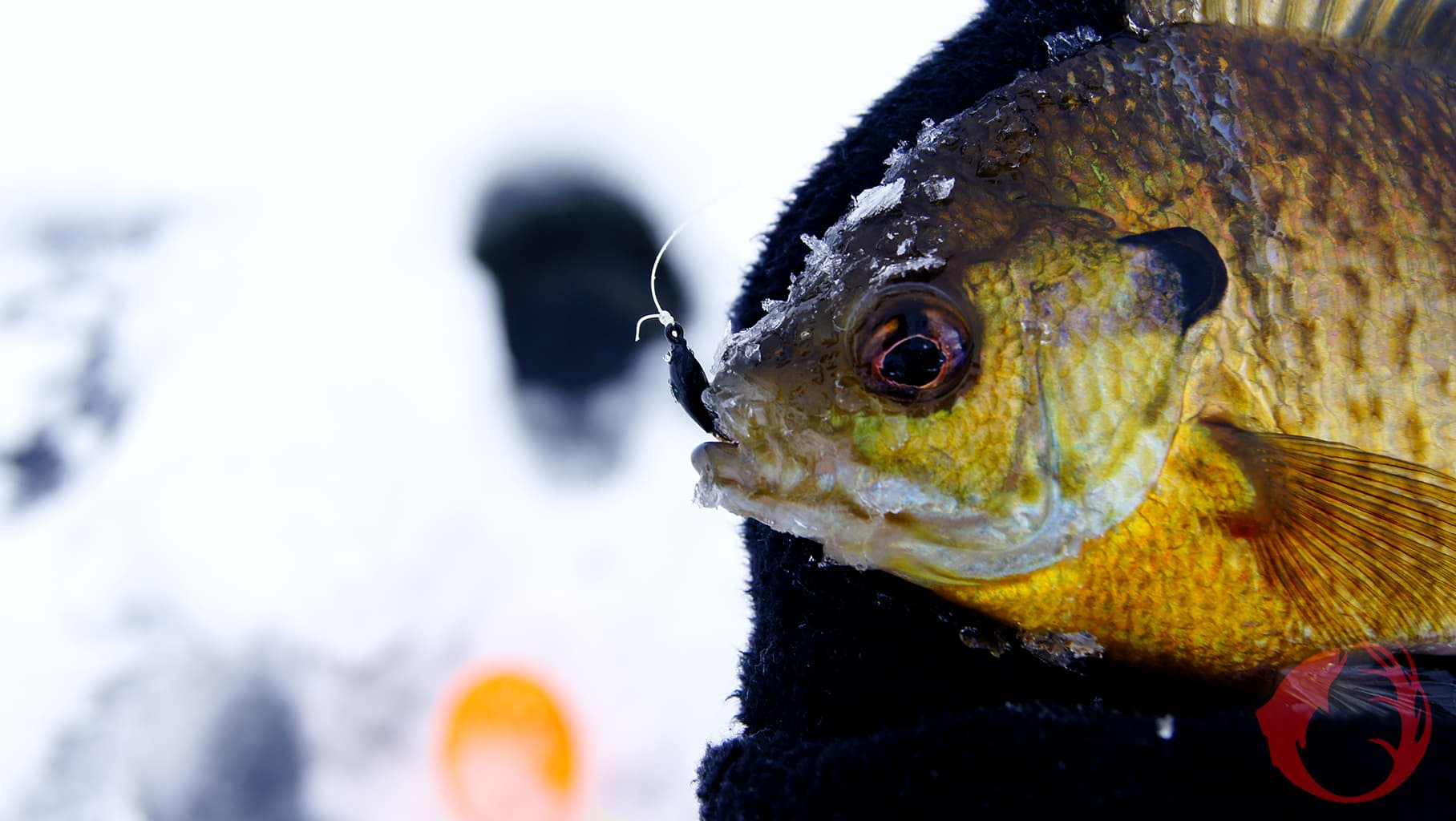 First of all, remember that there are some regulations changes in some areas.  The walleye season in northwest Iowa is now over: You can’t keep any walleyes in that part of the world.  Make sure that you’re familiar with the rules of ice-fishing for this time of year.

Duane Peterson caught this nice walleye late in the ice-fishing season a few seasons ago.

Also understand that the fish have seen quite a bit of fishing pressure over the past couple of months, and that they react to that pressure.  I saw this first-hand on a recent fishing trip.  We were on a body of water that had seen a lot of angler activity and a lot of fish being caught.  Some of those fish were kept, some were released.  We were fishing an area that had been productive since the ice was safe to be on.  And there were still fish in the area.  We could see them on the sonar.  And we were using baits that had been productive over the past several weeks.  But the fish wanted nothing to do with those baits.  Fish after fish would come in and look at the baits that they had been eating on past trips, but now they just looked.  We wanted them to eat.  After trying several different baits, one of the members of our group tied on a Northland Glo-Shot Jig.  This is a new bait, and it looks and acts differently under the water, and the fish liked it better than they had been liking the other baits that we had been using and that they had been seeing.  Fish get conditioned to baits and bait presentations, and sometimes, much of the time, it works well to give them something that they haven’t seen much of.  I would like to say that the Glo-Shot Jig was irresistible to the fish, but it wasn’t.  These were pressured fish and they were being selective.  However, the Glo-Shot Jig was far more productive than anything else that we dropped down there on that recent day.

Another thing that an angler can do when dealing with pressured fish this time of year is to go to areas where they aren’t as pressured.  Some areas are known as “community holes”.  These are popular areas that lots of anglers know about.  Community holes are popular because they attract fish, and fish attract anglers.  However, these spots get beat up and the fish get really finicky later in the season.  Much of the time, at this time of year, it’s more productive to find areas that aren’t so popular.  There might not be as many fish, but the fish that are there are usually more willing to bite.  They just haven’t seen as much fishing pressure over the past few weeks.  Get away from other anglers.  This is a good idea in any fishing season.

Last thing:  Keep safe.  Some of us like to push the season as far as we can.  We like to keep fishing, but we need to remember that the ice eventually is no longer safe.  Before it is no longer safe, call it a season and start thinking about the next season.