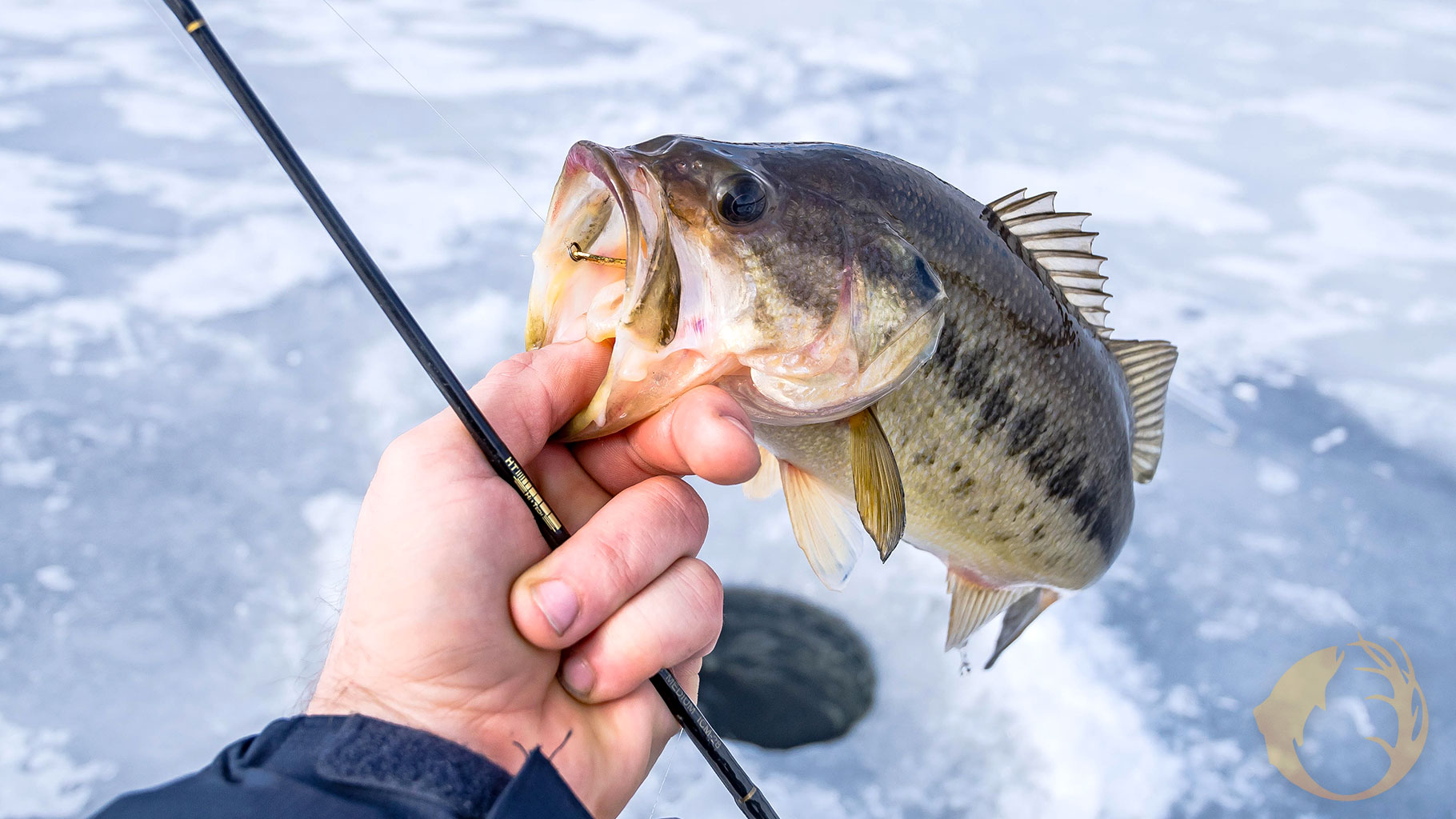 Boy oh boy what a change:  When the new year started a couple of months ago we were looking at a very mild winter.  The ice wasn’t as thick as it usually is at that time of year, and there wasn’t much snow around either.  Flash forward to early March and there’s plenty of ice and too much snow.  All this weather has made it difficult for some of us to get on the ice.  The fishing is still good, and there’s lots more ice-fishing coming up, but for now, I’m remembering some of the changes that I’ve seen in ice-fishing through the past 3 decades.

Here’s Gary Roach with one of those high-running Lake of the Woods walleyes.

When I first got serious about ice-fishing I had the good fortune to share a shelter for a day with Gary Roach on Lake of the Woods.  Gary is probably best known as an open water angler, but whether it’s open water or ice, Gary figures out how to catch fish.  This day was one of those days.

It was March, the ice was thick but the weather was mild.  We were out about 20 miles.  I was just getting started in ice-fishing and was learning how to interpret my depth-finder.  I knew that walleyes were mostly bottom-dwelling fish, so I was keeping my bait close to the bottom.  Gary was catching, I was fishing.  After catching several walleyes to my none, Gary showed me why he is one of the most respected pioneers in fishing:  He was fishing where the fish were.  We were in about 30 feet of water, and we were seeing fish swim through at about 15 feet.  I assumed they were whitefish or something other than walleyes, and we were after walleyes.  Gary didn’t assume anything:  He brought his bait up to the fish’s level, and he caught them, and they were walleyes.  He showed me what he was doing, and I started catching fish.  A good lesson:  Don’t assume anything.  And even if they would have been whitefish, they would have been fun to catch.

I was with another Roach, Tony Roach, one day a couple of years later.  We were on Mille Lacs Lake fishing for perch.  We arrived at our spot and Tony took off with his auger, popping holes along a quarter mile of structure.  After creating a bunch of holes, we started fishing.  Tony never fished a hole for more than a couple of minutes if he didn’t see fish on the sonar.  He kept moving until he found some perch.  He caught the ones that would bite then move on.  It’s this style of fishing that created the phrase “Trolling on Ice”.

Last Lesson:  I was on the ice on Upper Red Lake with John and Duane Peterson during the crappie explosion that happened almost 15 years ago.  We were experimenting with some small flashlights and baits that had been painted with glow paint.  The water in Upper Red Lake is pretty stained.  We charged our baits with the glow flashlights and started fishing.  We could see lots of fish below us, and we caught a good number of them.  After about 20 minutes, the bite stopped.  We could still see the fish, but they wouldn’t eat.  Then we noticed that our baits had lost their glow.  We re-charged them and started catching the crappies again.  Baits that glow at times are what it takes to catch fish.  Just as in open water, sometimes bait color is an important consideration under the ice.

The weather-person on t.v. says the weather is going to improve, and late season ice is my favorite ice for fishing.  I’m looking forward to getting on the ice to create more memories and to learn more about ice-fishing.  The best ice of the year is ahead of us, take advantage of it.