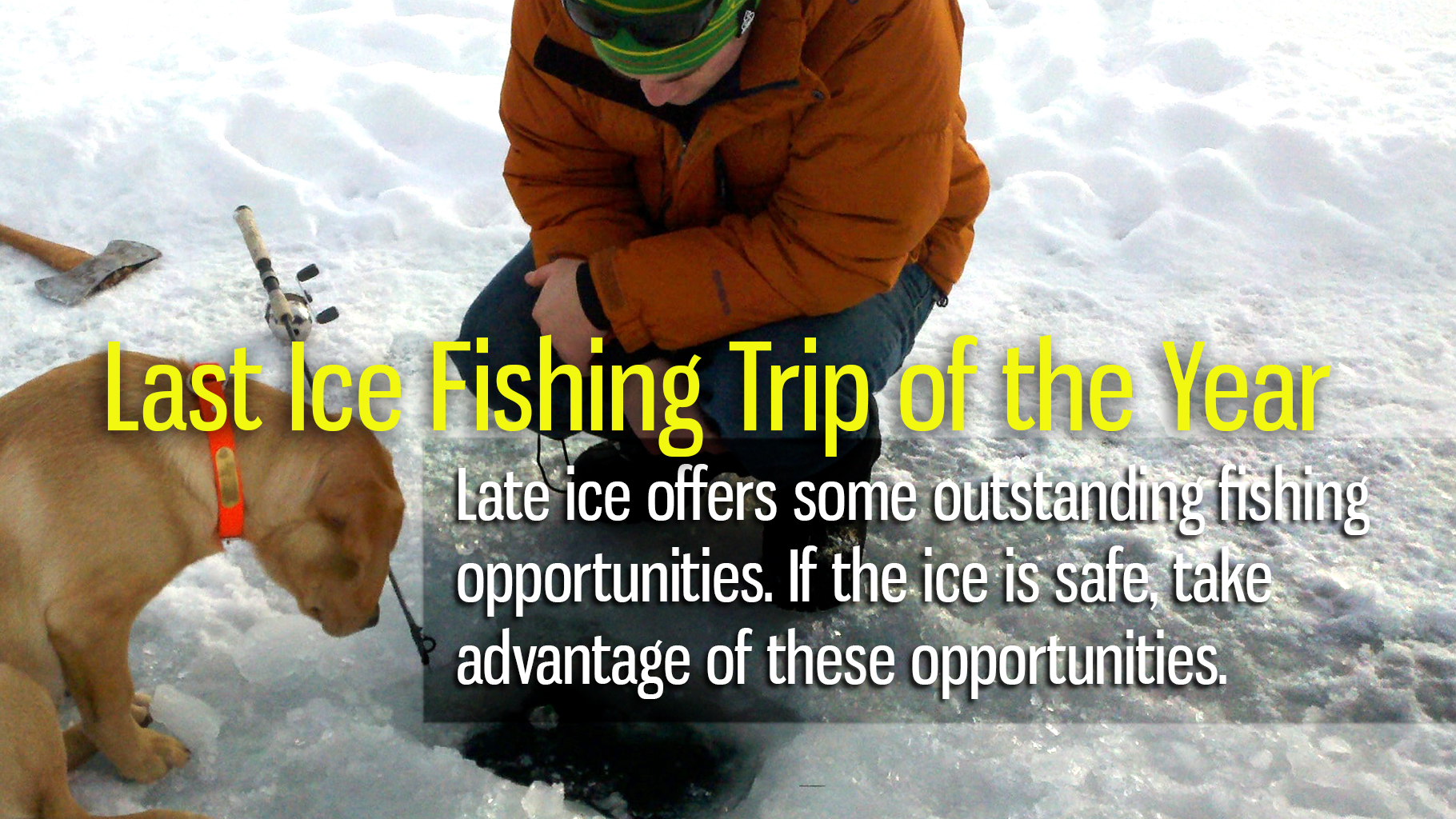 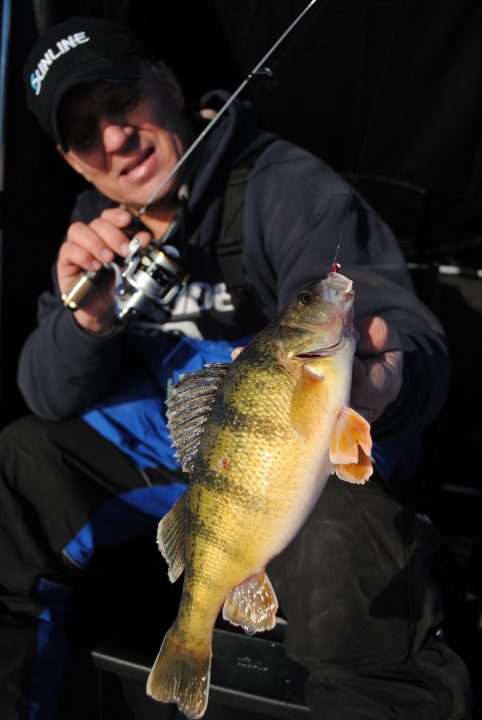 For some of us, the ice-fishing season of 2015 is history.  For others, there are still a few more days on the ice in our near future.  I’ve got trips scheduled through the middle of March, and if I get lucky, there will be a couple more trips after that.  If you’ve got plans for ice-fishing in the next few weeks, following are some things to keep in mind.
The Number One thing to keep in mind for late season ice-fishing is this:  Is the ice still safe?  In some areas the ice will be safe for trucks: In other areas it will only be safe for walking.  Be sure you know what it’s safe for where you’ll be fishing.

The Number Two thing to know is what seasons are still open.  In some areas walleye season has closed, in other areas they are still fair game.  Perch and panfish create most of the ice-fishing opportunities this time of year.

Since perch and panfish will be the species most targeted, we’ll want to keep our lure selections on the small side.  Bluegills and the like especially want smaller baits.  Next time you catch a ‘gill, take a look at its mouth.  Compare it to the mouth on a crappie.  ‘Gills have a very small mouth, crappies have a larger mouth.  Bluegills will be more susceptible to small baits; crappies will go for bigger stuff.  A 1/64th ounce jig is not too small for a bluegill, while a 1/16th or even an 1/8th ounce jig will be good for crappies.  A tiny Tungsten Mooska Jig is perfect for bluegills, while something like a sixteenth or eighth ounce Buck-Shot Rattle Spoon will take crappies.

You’ll want to keep a close eye on your depth-finder when chasing these panfish.  Perch will usually be right on the bottom, but crappies and bluegills can be almost anywhere.  Much of the time they’ll be suspended up off the bottom a little or a lot.  If your depth-finder shows fish marks at a particular level, you need to get your bait a little bit higher than the marks you’re seeing on the sonar.  Generally it’s better to keep your lure just a tad above the fish, as fish are more likely to go up for a lure than they are to go down for it.  Back in the day, some ice-anglers questioned the value of a depth-finder for ice-fishing, but the folks at Vexilar changed all that when they introduced their sonar units that were developed specifically for ice-fishing.  Now, most anglers who fish through the ice realize that understanding what your sonar is showing you, then responding to that, will put fish on the ice and enhance your ice-fishing experience.

It can be really nice on the ice this time of year.  On a day when there is no wind and the sun is out, it’s going to be warm: You might even leave the ice with a little sunburn.  And, if you do things right, you’ll leave the ice with the main course for a nice fresh fish supper.  Time is running out on the ice-fishing season.  Make the time to take advantage of all that late ice offers.