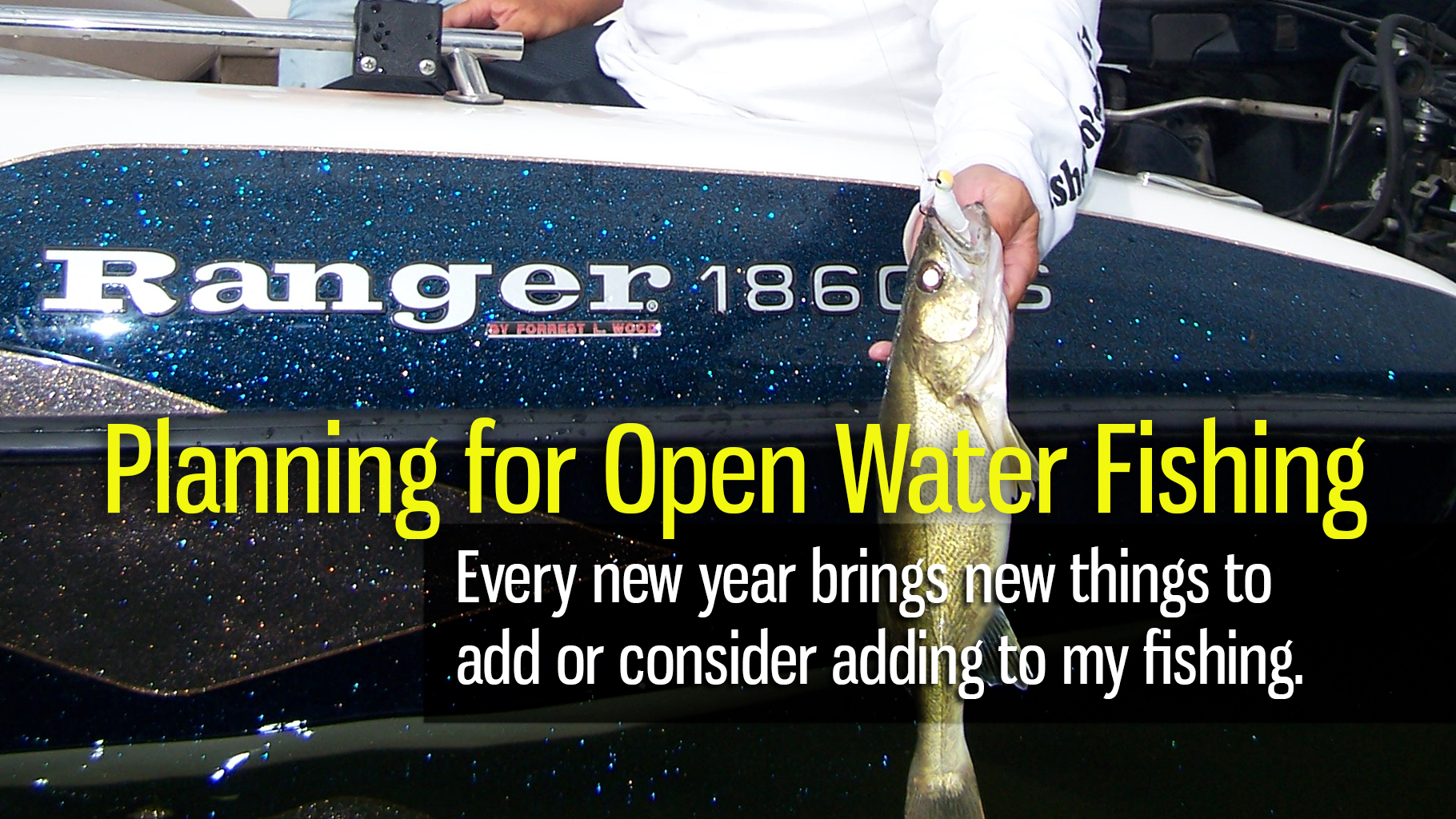 My ice-fishing is officially done until ice returns next fall.  Now it’s time to start thinking about open water fishing.  Every new year brings new things to add or consider adding to my fishing.  In the open water fishing season of 2015, I’ve got some new things that I will be trying, and also some things that were new for 2014 that I will be expanding on.  Following are some of those things.

This open water fishing season I am going to be more open-minded to new fishing techniques, and also to going after alternate species of fish.  Sometimes we get too locked into certain lures or techniques or species and we miss out on catching a lot of fish and enjoying the fishing experience more.  For example, several years ago I started hearing about using swim jigs for largemouth bass in situations where I usually used spinnerbaits, like around reeds. Through the years I’ve been pretty successful with spinnerbaits in the reeds, so I resisted using swim jigs.  Big mistake!  When I finally broke down and tied on a swim jig and started throwing it around the reeds, I started catching lots more bass.  I still throw spinnerbaits around reeds, but there is always a swim jig tied onto another rod that I throw at least as much as the spinnerbait.  If you want to be a better angler, you need to be willing to try new stuff.

I’ve been using fluorocarbon line off and on for several years now.  This year I’m going to be using it a lot more.  Last year while using a friend’s rod, I noticed that the line felt different and better than the line I had been using.  My friend explained that it was Sunline’s Super FC Sniper fluorocarbon line.  This fluorocarbon was unlike any I had used before:  It cast extremely well and was super sensitive.  Fluorocarbon I’m told is nearly invisible underwater and has minimal stretch so sensitivity and hooksetting are enhanced.  Fluorocarbon is going to be a much larger part of my fishing this year.

Plastics are also going be a much bigger part of my fishing.  For the past eight or ten years, I’ve been using plastic baits much more in situations that aren’t usually plastic bait situations.  Plastic baits were developed for largemouth bass primarily, but they work great on panfish, walleyes, and smallmouth bass also.   More and more, we’re using Impulse plastics instead of live bait for walleyes.  There’s something about the Impulse taste or smell that’s more appealing to the fish, and it comes in good shapes and colors.  We’re fishing it on jigs, spinner rigs, and even live-bait rigs.  The key is, you’ve got to keep the bait moving.  Plastic doesn’t move by itself, the angler has to provide the action, and if you do, you’ll find plastic is as good as, and in some cases, even better than live bait.

And talking about spinner rigs and live bait rigs for walleyes:  Last year I was introduced to a new system for storing spinners and live-bait rigs that is really appealing to walleye chasers.  These snell and spinner storage systems are called RigRaps and are a departure from traditional storage systems.  They’re enclosed, so they keep your snells and spinners stored neatly, yet easily accessible when you need them.  They’re also small, so you can store a good number of rigs in a small container.  Great idea, great product.

There are other things that are new, or at least new to me that I’m looking forward to trying this year.  But I just heard that the walleyes are starting to bite on a nearby river, so I’m headed there.  I’ll report on some other new things as the open water fishing season progresses.