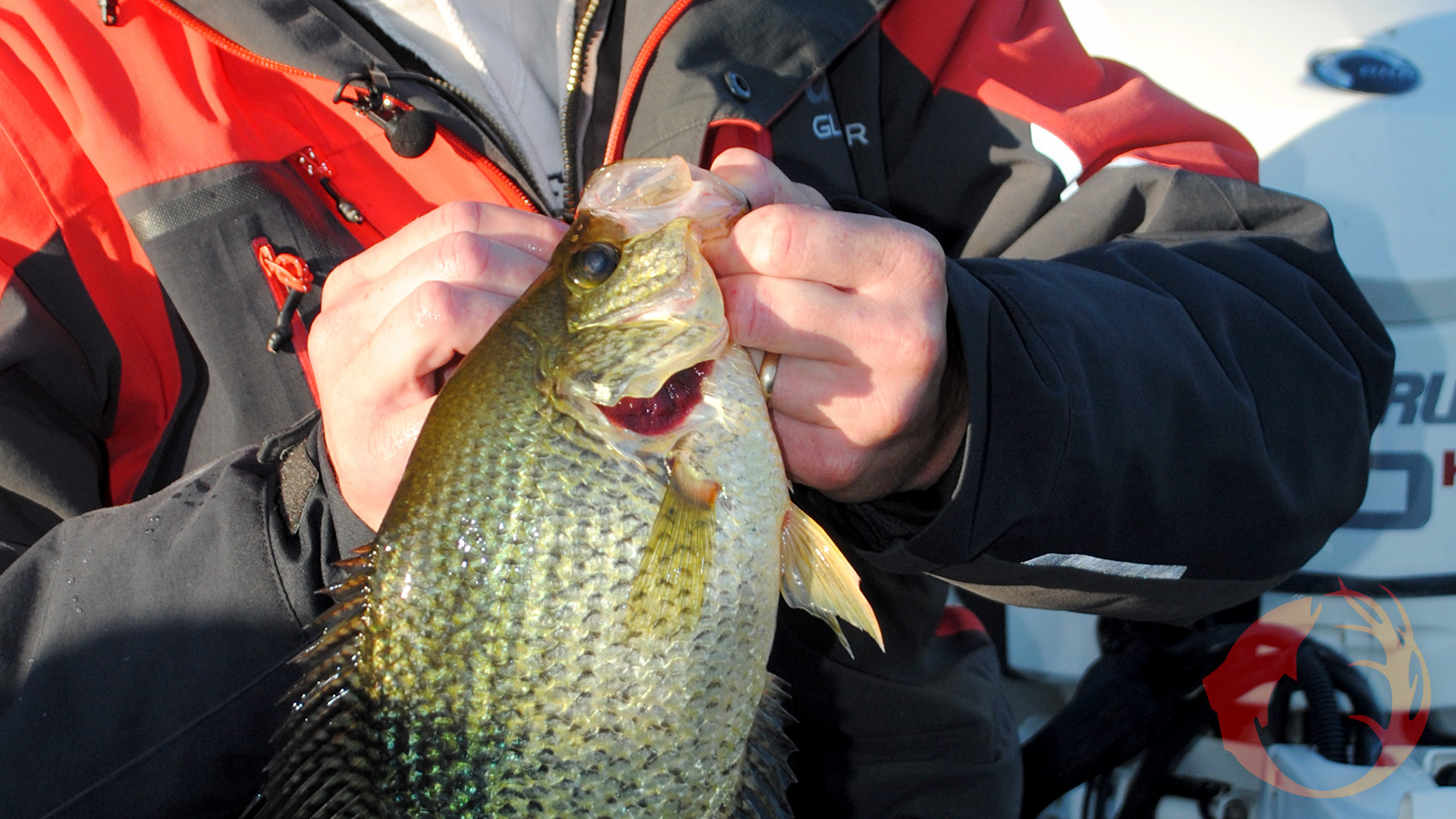 It was a chilly, late fall day when Travis Carlson caught this slab crappie from Lake Kabetogama in northern Minnesota, but his Guidewear kept him very comfortable. Kab is known as a world-class walleye and smallmouth lake, but it also has a good population of crappies, and most of them are big ones.

Winter is not far off.  In fact, depending on where you live, it’s already here. The Midwest provides lots of fishing opportunities throughout the winter months for both open water and ice anglers.  Many anglers like to go ice-fishing, many others enjoy fishing in the open water in rivers below dams.  Regardless of where you go fishing, you need to stay warm.  If you’re not warm, you’re not going to enjoy your fishing like you should.  With the advancements in clothing, there’s no reason not to stay warm when you’re on the ice or in a boat in the late fall, winter, and early spring.  Following are some ideas for staying warm in the winter.

Layering starts with the layer of clothing next to your skin.  This could be the most important layer.  You want to wear underwear that will wick moisture away from your skin.  If moisture is trapped next to your skin, you’ll be cold before too long.  Cabela’s makes several types of underwear that will match your needs very well.  I’ve had very good results with their E.C.W.C.S. underwear.  This stuff is available in several weights so you can select a weight that best matches the conditions you think you’ll be faced with.

Next comes a flannel shirt or hooded sweatshirt.  Many folks like the hood, as it can be pulled overhead to prevent wind from blowing down your neck.

A vest is the next layer.  Again, you have choices here.  Some outdoors-people like fleece, some prefer a nylon shell.  The fleece feels really good.

You’re now at the outer layer.  Cabela’s Guidewear is very popular as an outside layer, as is their Outfitter’s fleece parkas.  Guidewear will double as a rainsuit throughout the year.  Guidewear is really good stuff that you’ll find many uses for.

Oftentimes an open water angler will need to dress warmer than an ice fisherman.  Ice anglers are moving from hole to hole a lot, and they’re frequently popping new holes: Ice fishermen can be pretty active at times, and pretty sedentary at other times.  If you’re drilling holes, take a layer of clothing off.  When you sit down to fish, put that layer back on.

In years past, being outside in the winter was often a test of endurance.  Nowadays there is no reason to be cold when you’re outside.  Keep these ideas in mind and you’ll enjoy your time outdoors in the winter even more.