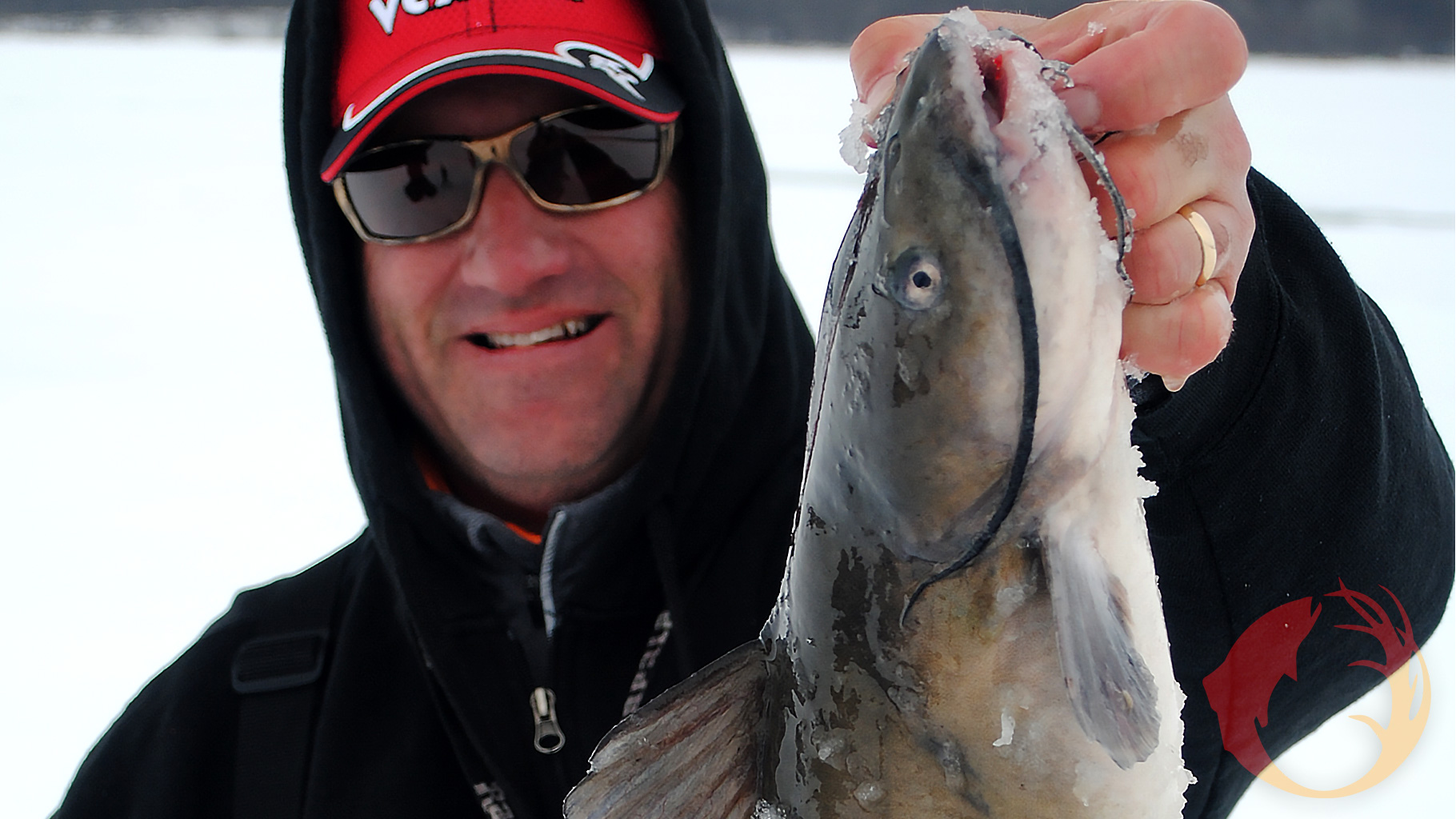 Chris Scholl caught this bonus catfish through safe ice on Clear Lake in North Central Iowa. Clear Lake has outstanding populations of walleyes, crappies, yellow bass, and catfish just waiting to be caught when the ice gets safe.

Recently we’ve been talking about ice-fishing and early ice tactics.  In early November it looked like ice-fishing season was going to start early, but it doesn’t look like that anymore.  We need to remind ourselves that it is critical to make sure the ice is safe before you go on it.  If you’ve got someone who cares for you or depends on you, you owe it to them to take care of yourself.

Don’t go out on early ice if no one else is out there.  Go out with a partner, wear a life-jacket, have picks that you wear around your neck that will help you out of the water if you should go through, and carry a length of large diameter rope that can be used to pull you out.  Use a spud bar as you go out to determine if the ice will support you.  Last of all and first of all, make sure the ice is safe!

Perhaps the hottest ice-fishing bait so far this year is the Northland Glo-Shot Spoon.  In testing these baits, they out-performed other established fish-catching baits noticeably on several occasions.  They have a Hi-Vis Glo-Stick that glows for up to eight hours, and the Glo-Sticks come in three different colors, so you can make one bait look like three baits.  When the Glo-Stick quits glowing, it’s easy to pop it out and put another one in.  I don’t know if it’s the glowing or the action of the bait that makes it so appealing to the fish, but it sure is.  The Glo-Shot Spoon has proven to be effective on walleyes, perch, and crappies mostly, but I’m sure other species, especially northern pike, will eat them as well.

Many anglers are still fishing open water in rivers.  Small rivers have been particularly good this year for walleyes, for both numbers and size.  This time of the year the fish are really fat, as they’ve been eating heavily for winter.  Fire-Ball Jigs and minnows are the go-to bait for many walleye anglers.

With the warmer than usual weather, the night-fishing opportunities have been extended for those anglers inclined to go out at night.  Walleyes in particular move shallow to feed at night.  This is when a good pair of waders come in.  Find an area with some current and baitfish and you’ll find walleyes, especially in clear water lakes and rivers.  I have many fond memories of fishing the Missouri River below the dam(be careful of slippery rocks) at Pierre South Dakota, Leech Lake in Minnesota, and Clear Lake in Iowa.  Big fish and lots of fish.  In fact, one of the biggest walleyes I’ve ever caught was out of Leech Lake at night.  Strike King’s KVD Jerk Baits may have been designed to catch bass, but walleyes like to eat them as well.  They also like the Lucky Shad.

Last thing:  If you’re going to go ice-fishing, make sure that the ice is safe!!!!!

Color for Open Water and Ice