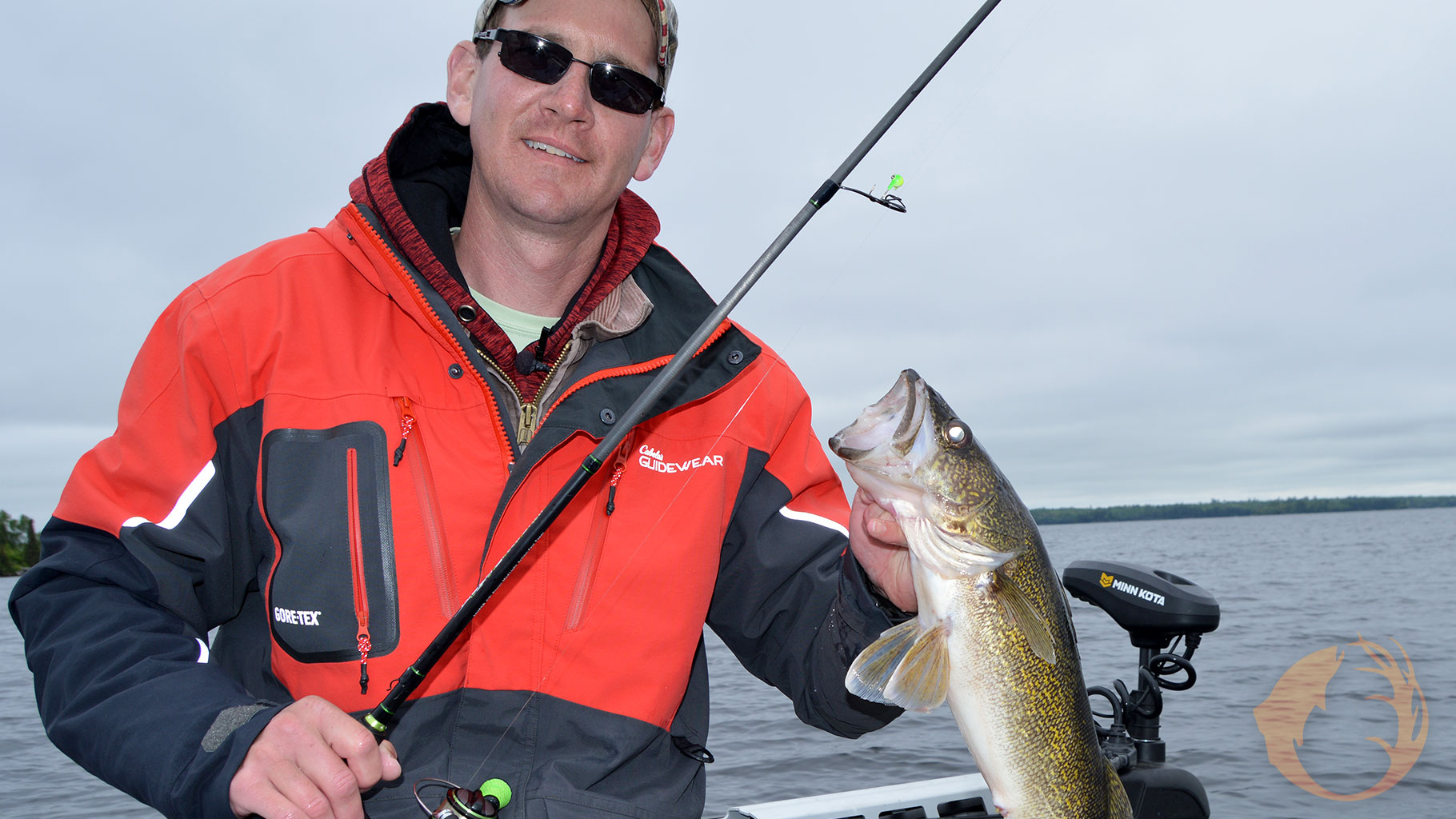 From now until ice-up is a wonderful time to be on the water chasing a variety of fish.  Throughout the Midwest and much of the rest of North America, most species of predator fish are willing to get caught.  Walleyes, pike, bass, even panfish are willing biters.  And, if I was limited to one bait presentation at this time of year, even though I wouldn’t like to be limited, I would choose a jig of some sort.  Regardless of what you’re after, they’ll eat a jig right now.  Following are a couple of fall fishing memories in which we relied on a jig to get bit.

It was several years ago when Kyle Waterman and I joined Craig Brown on Lake Winnibigoshish in north central Minnesota in search of northern pike.  It was late September/early October and Craig had the pike figured out.  He had been in on this bite for several years.  We cruised over deep water structure, 25-35 feet of water with a close eye on the sonar.  We were looking for baitfish:  If we didn’t see baitfish, we didn’t fish no matter how good the structure looked.  When we saw baitfish, we would see larger fish near them.  We hovered directly over the fish and dropped our 3/8- and 1/2-ounce jigs tipped with 5- and 6-inch plastic tails directly below the boat.  At times they didn’t reach the bottom: The pike came up to attack them.  Most of our pike were in the 4-8 pound range, but Craig took one that was over 15-pounds.  Fun stuff!

I remember another day on Kabetogama Lake in the fall fishing walleyes with Travis Carlson.  Travis is an outstanding and versatile angler, but when the fish are on a jig bite, Travis is at his best.  We were searching for deep water walleyes, the best depth was 27-30-feet, and again, we didn’t drop a line until we saw fish on the sonar.  Half ounce Fire-ball jigs tipped with a 5-7-inch redtail or sucker minnows were what they wanted.  Not all walleye lakes have deep water, but when they do, you can often find the walleyes deep in the fall.

A couple of things about deep water:  First, be aware that bringing fish up from the depths can be harmful to the fish, especially small ones.  The pressure change from deep to the surface can harm them.  Take your time bringing them to the surface as this will usually allow the pressure to equalize, particularly with big fish.  If you’re getting small ones or eater sized ones, keep enough for the frying pan if you want, then look for shallower fish.  Do not sit on schools of little fish in deep water and keep catching them.  Many of them will not be able to be released.

Second thing:  Use sensitive equipment.  Your bait is a long way down there and it can be hard to feel a take.  The Lew’s TP1 Black Speed Stick in the Walleye medium action is a good choice.  Line selection is another very important consideration.  More and more, anglers are using a braid with a fluorocarbon leader.  The braid provides excellent feel and hooksetting ability because it doesn’t stretch, and with a 20-inch fluorocarbon leader, the connection to the jig is invisible.  In reality, I’m not sure the leader is necessary.  The braid is more visible than the fluorocarbon and some anglers think that the braid could spook the fish.  I’ve caught lots of walleyes and other species on jigs tied directly to the braid, but we need to do what gives us confidence.  Ten pound test XTCB8 braid with an 8-pound leader of Tactical fluorocarbon will provide outstanding sensitivity, hooksets, invisibility, and confidence.

If I was limited to one lure type for the rest of the year it would be a jig.  Whatever you want to catch, a jig will catch them now until the ice arrives.  Jigs will also catch fish through the ice.  We’ll talk about that later in the year.