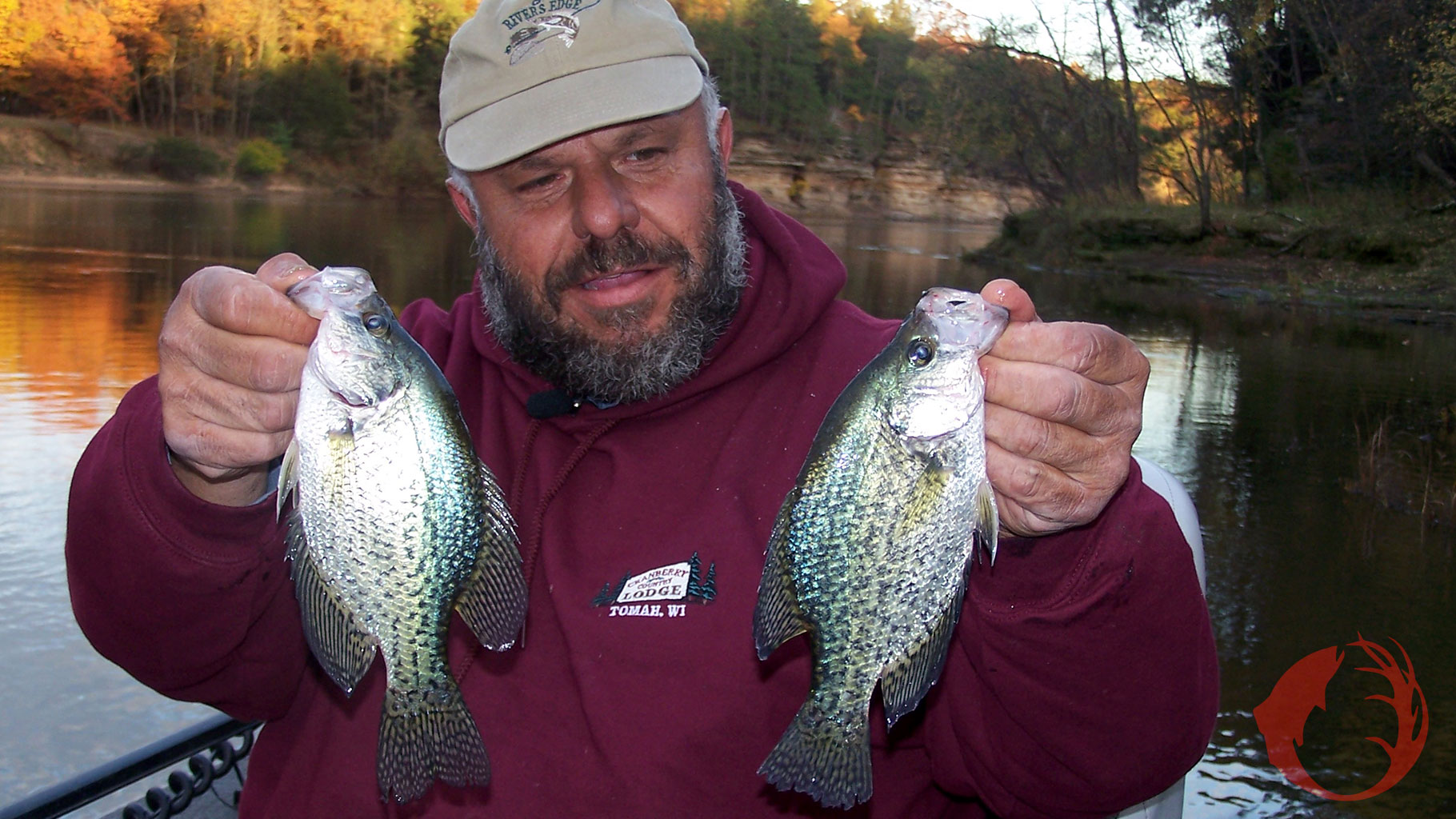 Wherever people fish anywhere in North America, and that’s almost everywhere, there’s an excitement right now about fishing.  Fall is a wonderful season to be on the water trying to get a fish to bite.  And, if you put your bait in front a fish, chances are good that it will eat that bait.  In the autumn, fish instinctively know a change is coming and that they need to fatten up for the winter.  For that reason, now and for the next few weeks is a very good time to be fishing.

In many areas of the country, certain fish get the most attention, but almost everywhere anglers like to catch crappies.  They’re fun to catch and great on the table.  Wherever you live, following are three ways to get some crappies to eat your bait.

In deep lakes crappies will gather in the basin of the lake and kind of act like walleyes.  They’ll hug the bottom in spread out groups.  They might be near a point or some other underwater structure, but there are more than a few times when they’ll be a good distance from structure.  What they will be near is food.  That food could be minnows, but it could also be bugs that live in the mud on the bottom.  The fastest way to find these crappies is to cruise over the basin with a close eye on your sonar unit.  Sometimes the fish will be suspended, but most of the time they’ll be right on the bottom.  When you see them, hover directly overhead and drop an 1/8th ounce Fire-ball jig tipped with a minnow to them.  If they’re going to eat, they’ll eat this combo.

Another good location to find crappies is near the edge of the deep weedline.  Crappies will suspend a short distance from the edge of the deep weedline in search of food.  Much of the time you’ll be able to see them making small dimples in the water’s surface as they inhale bugs off the surface.  Windless late afternoons or early evenings are when this pattern is most productive.  Cast a Mr. Crappie Grub or Slabalicous on a 1/16th ounce jig to where you see the dimples.  I like bright colors with the plastic, but let the fish show you what they want by giving them some color options.

Last idea:  I learned about this technique on a lake in northern Minnesota that was full of little walleyes and big crappies, but it will work wherever there are crappies and boat docks that have some depth, 8 feet of water or more, around them.  The docks with brushpiles near them are usually best.  Put a 1/16th ounce Fire-fly jig and minnow under a slip-bobber and work it around the docks and brushpiles.  Set the bobber so your jig is 3-5 feet under the surface depending on the water depth.  You want your bait above the brushpile by about a foot.

Next time you’re on a good crappie lake, give the bass and walleye gear a rest and try to catch a few crappies.  Keep a couple for supper and put the rest back.  If you do this in the right place at the right time, you might find yourself resting the walleye and bass gear more often in the fall.