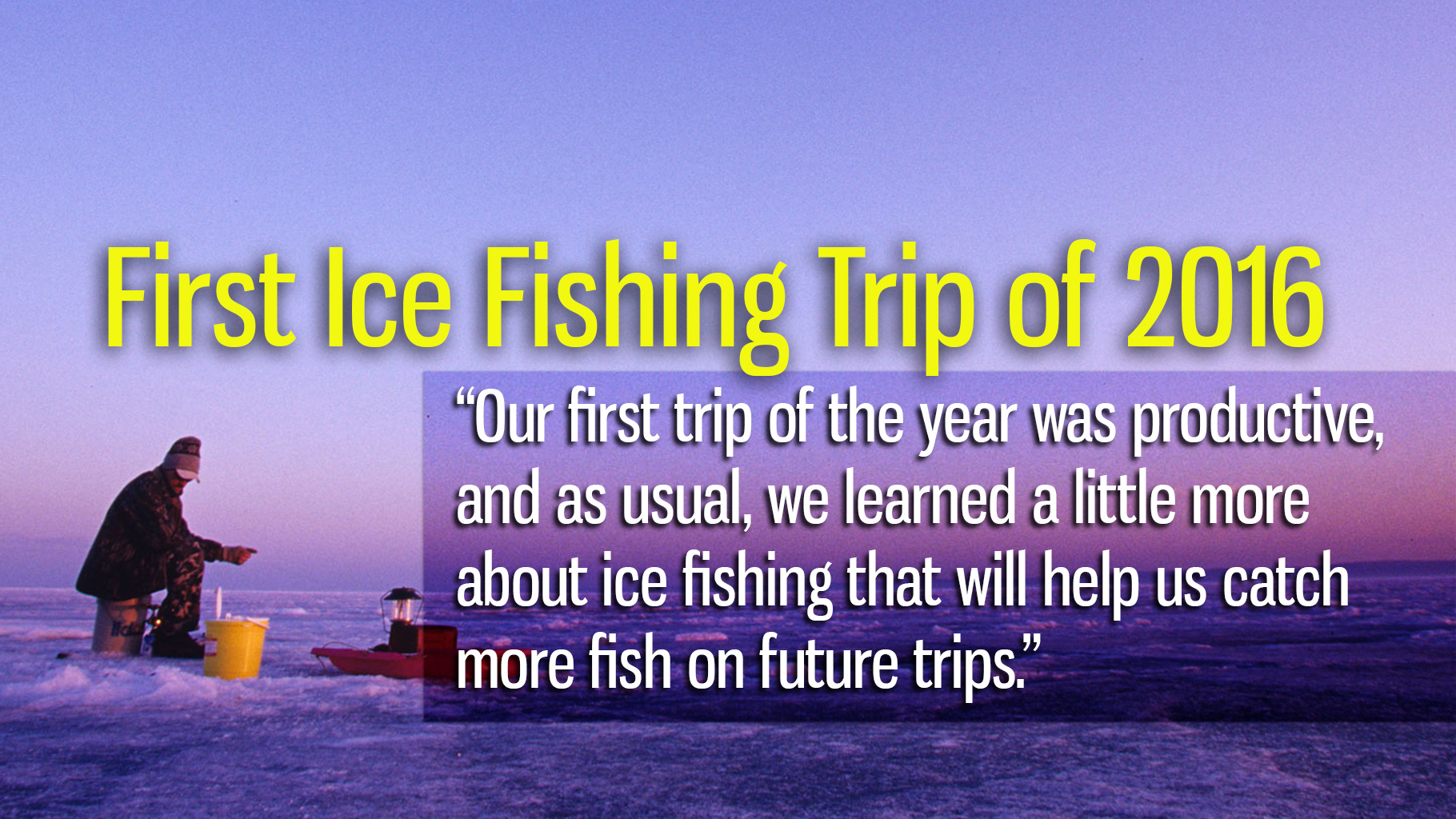 The year 2016 started off with cold temperatures and reports of a hot perch bite on Big Stone Lake at Ortonville, Minnesota, right on the Minnesota/South Dakota border.  Some friends and I planned a trip to Big Stone with an eye on the weather.  We decided that as soon as there was a break in the bitter temps we would get together to start the New Year with some perch coming through the ice.  When the weatherman indicated that a warming trend would be starting in two days, we loaded the truck with rods, reels, shelters, warm clothing, and headed to Big Stone.  Our first trip of the year was productive, and as usual, we learned a little more about ice-fishing that will help us catch more fish on future trips.

We arrived at Big Stone in mid-afternoon, and indeed the warming trend had started.  It was only fifteen degrees below zero, but the wind was calm.  With portable shelters and proper clothing, it is possible to stay warm at fifteen below.

Our fishing partner Artie Arndt is a Big Stone fishing expert.  He told us that the bite had been good, but it was coming in flurries.  He said that the perch would move in and we would catch them, then they would move on, only to come back in twenty or thirty minutes.  Artie was right.

We drilled a bunch of holes in eight to ten feet of water.  We fished a hole longer than we usually would, because we knew that the perch would eventually come through.  However, after ten minutes of not seeing a fish on the sonar, we moved.  Fished again for ten minutes, if no action, we moved again.  Finally, we found a group of perch, and they were biters.

We used eighth ounce Buck-Shot Rattle Spoons:  The new UV Pink Tiger was the best.  Some of us tipped the spoons with spikes: I used an Impulse Minnow Head.  The Impulse caught fish as good as the live bait.  I caught more fish per bait, and got my bait back down to the fish quickly.  However, when the fish were really hot, I caught them with nothing on the spoon.  Those are aggressive fish!

#3 Chubby Darters were also good.  In fact, they got the fish’s attention better than anything.  When we first got to a new hole, we would pound our baits on the bottom.  In the underwater world, this pounding really gets the fish’s attention.  Pound the bait three or four times, then lift it a foot or so above the bottom.  Pounding disrupts the bottom and creates a little cloud of silt or whatever the bottom is made of.  You want your bait above the cloud so the fish can see it.

Some of the fish would come off the bottom and look at the bait.  If they didn’t take it, we lifted the bait higher.  Many of the perch were three feet off the bottom when they hit.

The following day was fifteen degrees above zero, but the wind was blowing.  I prefer fifteen below and calm, but we take what they send when it comes to weather.  The perch continued to bite, and we continued to have a good time.  In fact, we started planning our next trip to Big Stone Lake.  If you want to catch perch through the ice, you should plan a trip there as soon as you can.  Contact bigstonelakechamber.com—320-839-3284 for ideas on lodging, bait, rentals, and all the other things that can make an ice-fishing trip to this hot perch fishery successful.