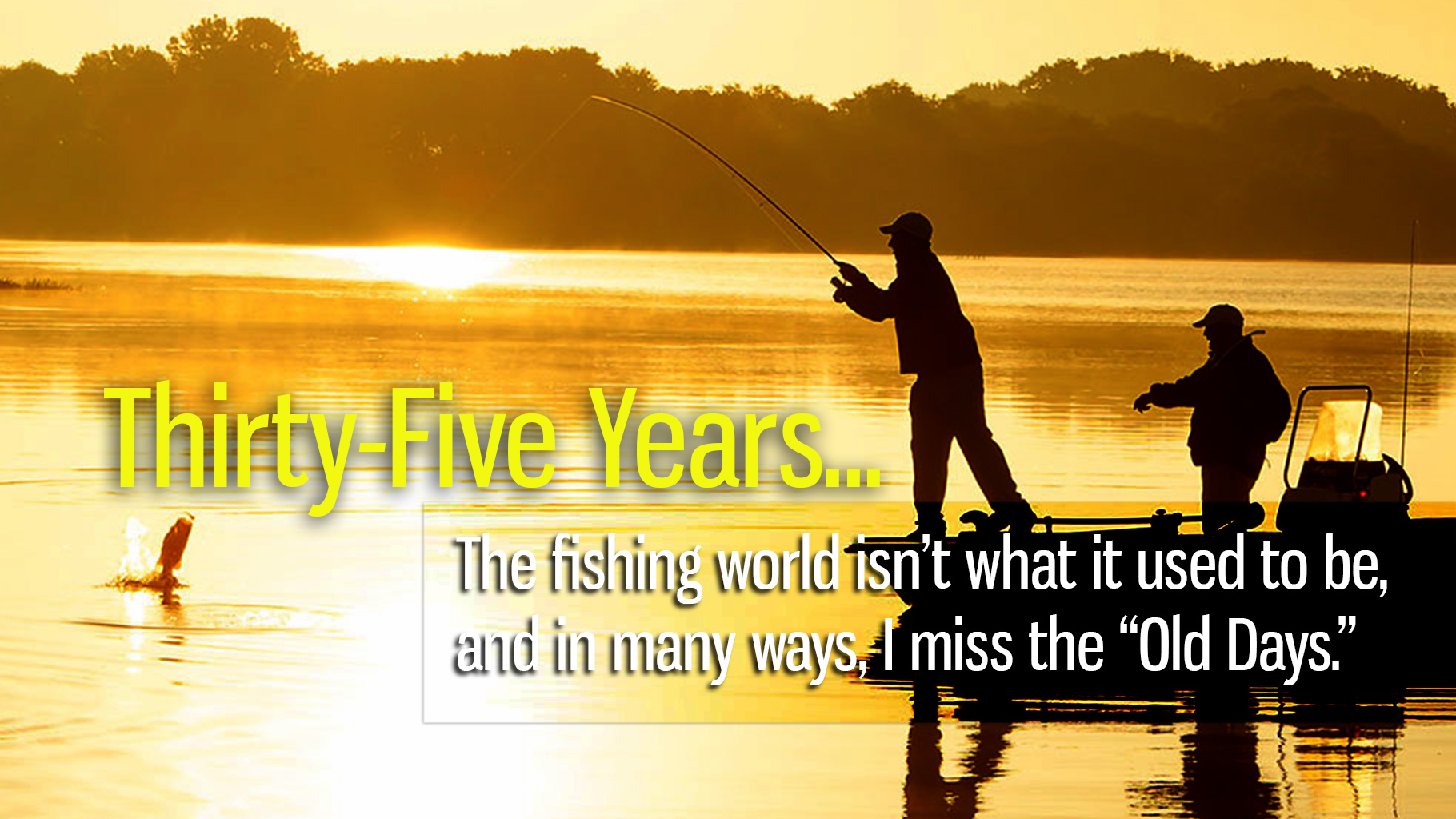 It’s at this time of year every year that I reflect on years passed:  I don’t mean to do this, I just can’t help it.  And, for the most part, my trips down Memory Lane are usually pretty pleasant.  As I tripped down Memory Lane from the comfort of my couch the other day, I realized that I had been doing this fishing for a job thing for thirty five years.  Thirty five years!  Amazing.  In my mind I still look the same as I did back when this whole thing started.  My thought processes are the same also: Delusional!  Anyway, once I realized that thirty five was the right number of years of employment or partial-employment in the fishing/marine industry, I started looking at old Fishing Iowa and Fishing the Midwest television shows and also looking at old photos.  Following are a few fond recollections of those times.

In the early 80’s I was an instructor at Camp Fish in Walker, MN.  Camp Fish was a fishing school for youth and adults and at the time was owned by the In-Fisherman, back when Al and Ron Lindner owned In-Fish.  Al and Ron spent quite a bit of time at Camp Fish then, and as a result I got to fish with them a lot, Ron more than Al.  I always relished these days on the water, as they were usually marathons.  We would fish one lake for a while, then travel to another one and another one.  It wasn’t uncommon to fish several lakes a day.  I was always impressed with Al and Ron’s ability to “read” a lake.  They are both truly pioneers and innovators in the fishing world:  Always have been, always will be.

This was back in the day when Leech Lake was first being recognized as an outstanding largemouth bass fishery.  Really outstanding!  Really, really outstanding!  Ron and I were fishing largemouth along the edges of wild-rice beds with spinnerbaits.  We were catching lots of bass.  Ron commented that “this point up ahead looks snakish”, meaning it looked like it could be home to a northern pike.  We had not caught or even seen a northern pike all day, and we had gone by numerous points that looked just like this one.   We got to the point, Ron threw his spinnerbait to the point, and it was engulfed by a northern pike.  I don’t know how Ron knew, but I was impressed.

Another day Al and a policeman from Milwaukee and I went to a lake near Park Rapids that Al had heard about but never fished.  We put the boat in the water and fished for about ten minutes.  Al commented,  “It’s a weed-flat lake, we’ll throw cranks over and along the cabbage.  We’ll catch forty, maybe forty five bass this afternoon”.  We fished that afternoon, and I kept track in my head of how many bass we caught.  When Al said it was time to go, we had boated forty three bass.  And I kept close track on the count.  To me, that and the northern pike thing were truly impressive.

Back in the day, there were a bunch of anglers who were great anglers who didn’t need or want to attract a lot of attention, they just enjoyed fishing.  The fishing world isn’t what it used to be, and in many ways, I miss the “Old Days”.

I also think back on some friends that I spent time with that aren’t around anymore: Jim McDonnell, “Toad” Smith, Patrick Sheahan, Steve Smith, “Backwater” Eddy Carlson.  All outstanding anglers who were, more importantly, wonderful people.  Many folks miss these guys every day.