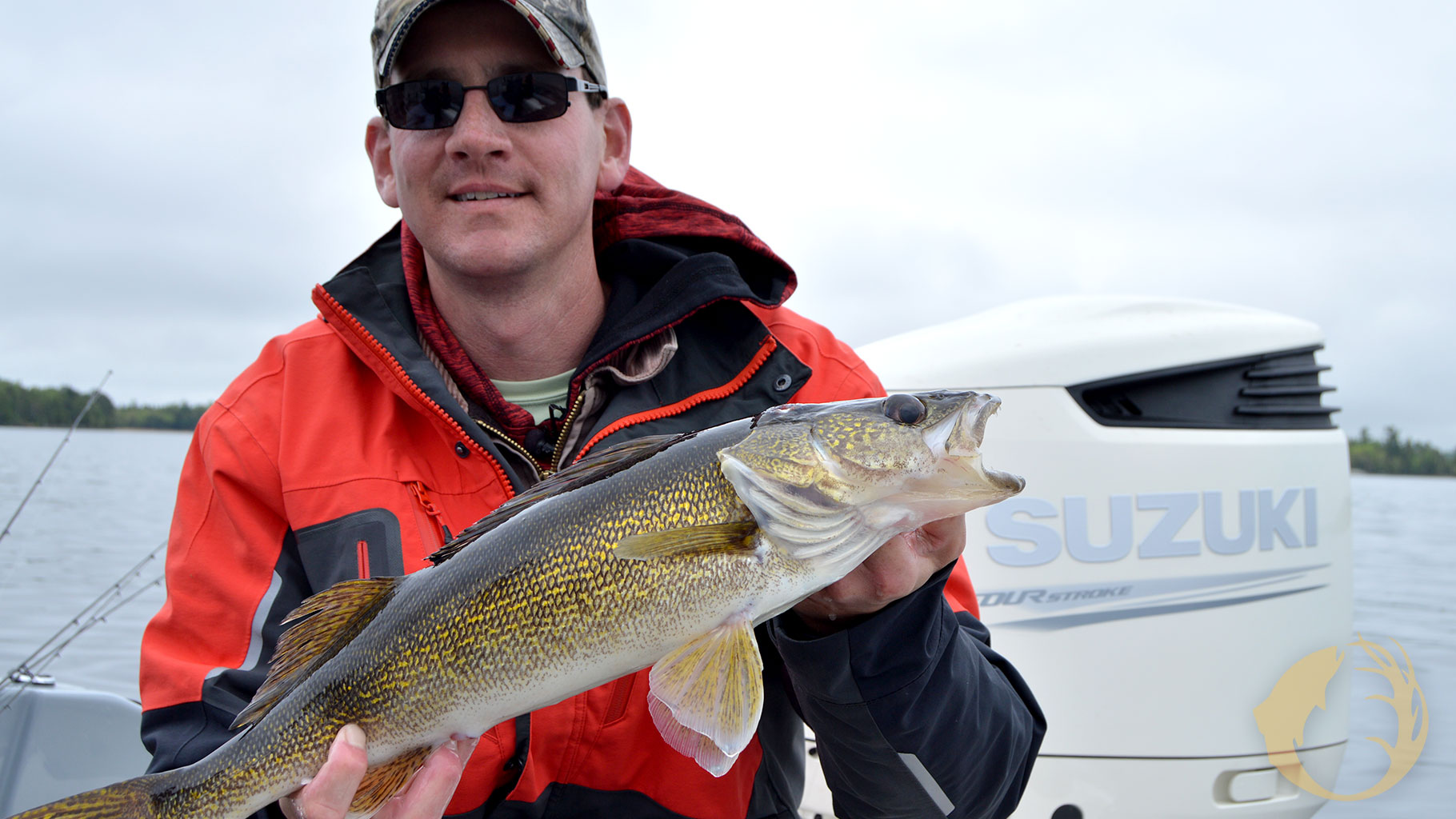 When a person is preparing to go fishing, it’s a good idea to keep in mind that the fish might not be where we expect them to be.  I forgot that fact recently, and it impacted my catching in a negative way.  We caught lots of fish, but if I had been better prepared, we would have caught more.  Here’s what happened.

In early June I took my annual trip to Kabetogama Lake in northern Minnesota.  Kab is one of my all-time favorite lakes for several reasons, but one of the primary reasons is that it’s full of walleyes in all sizes that are almost always willing biters.  My fishing partner was Travis Carlson.  I’ve fished with Travis on many of my trips to Kab.  He’s an outstanding angler and an outstanding fishing guide.

I’ve been on Kab several times during the first week of June, and we caught the walleyes shallow on all of those previous trips.  At that time of the year they’re in water from 4 to 8 feet in depth, so that’s how I prepared to fish on this trip.  Unfortunately for me, most of the walleyes weren’t shallow.  We caught a few on rocky shorelines, but not as many as we expected.  Travis suggested we do some sonar work in deeper water to see if we could find the fish.  We started out looking in 15 to 18 feet of water, saw nothing so moved deeper.  Finally, we saw signs of life in water 27 feet deep, and as we moved deeper we saw more signs of life.  We were seeing fish in water almost 40 feet deep.  We were using Raymarine’s new Element sonar.  This was my first time on the water with it.  It was easy to use, and although the walleyes were hugging the bottom, it displayed them very well.  There was never a doubt that we were seeing fish.

Once we located the walleyes, we started fishing.  This is where the preparation part comes in.  I was planning on fishing lightweight jigs on light line in the shallows, so the only rods that I had in the boat were designed for doing that.  The equipment that I brought along wasn’t designed for fishing heavy jigs.  I used the equipment that I had, but could have caught way more fish with the appropriate gear.

I was using 6 pound test monofilament line.  Mono has some stretch in it, so setting the hook in the deep water was tough.  I should have brought along 1 of several rods that I have spooled with 15 pound test XTCB8 braided line.  It has about the same diameter as 6 pound test mono, but it has no stretch and is super-sensitive.  It provides outstanding hooksets also.

I also would have gone to a bit heavier rod.  The rod that I was using was a medium light action.  If I had been prepared I would have brought along my Lew’s Custom Speed Stick in a medium action.  This rod is as sensitive as it gets, and the additional power would have helped with hooksets.

For some reason, I put my box with big jigs in the boat, but certainly didn’t expect to use them.  3/8th ounce Fire-Ball jigs caught a bunch of our fish.  The walleyes didn’t care about color, and they also didn’t care if we tipped with fathead or shiner minnows.  Both produced.

I was another wonderful trip to a wonderful place, and I re-learned that preparation pays.  Golfers don’t take just 1 club when they go golfing.  They use different clubs for different situations, and anglers should have rods for at least a couple different scenarios when they go fishing.  If you do, you’ll catch more fish and enjoy your fishing even more.