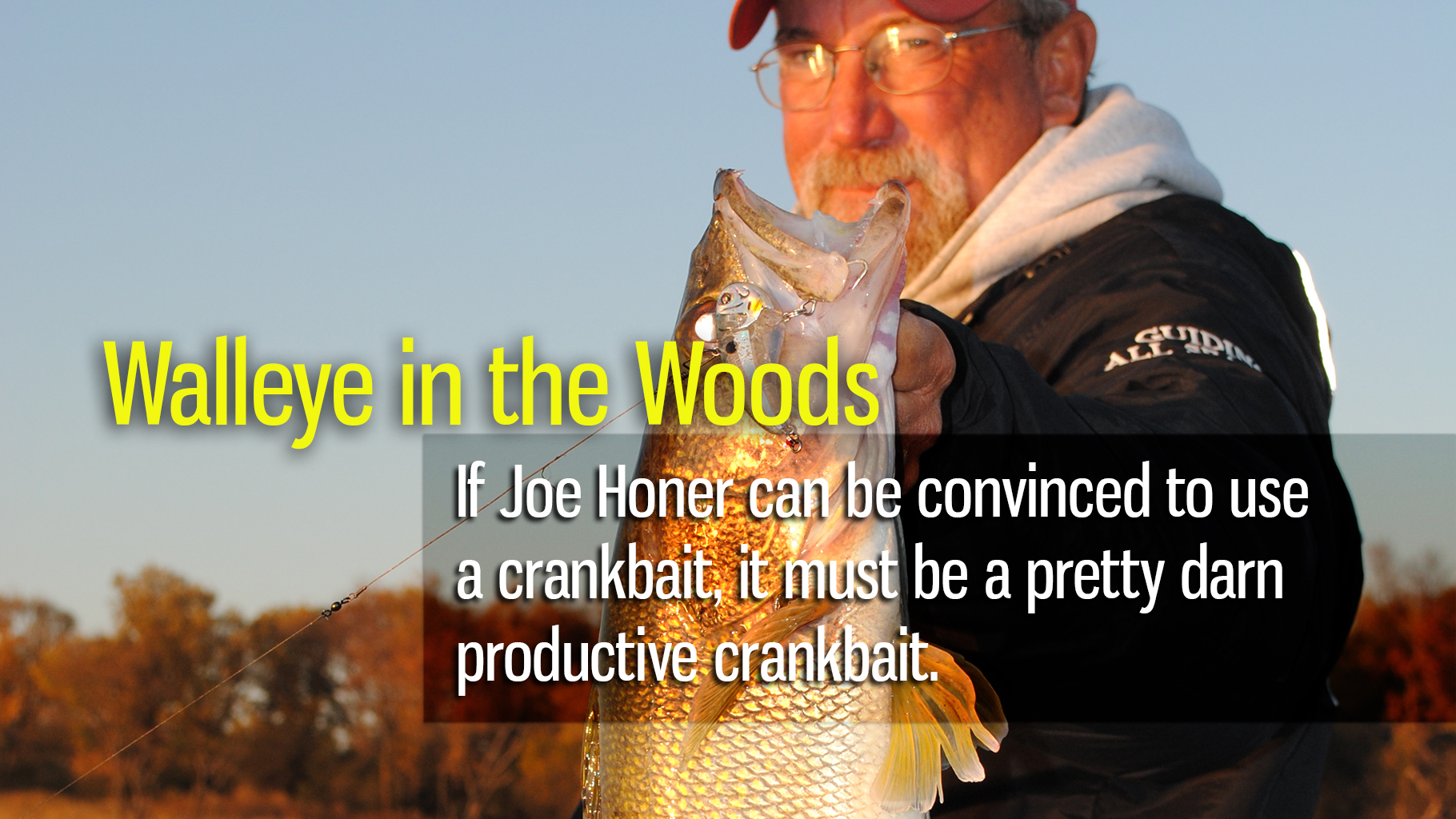 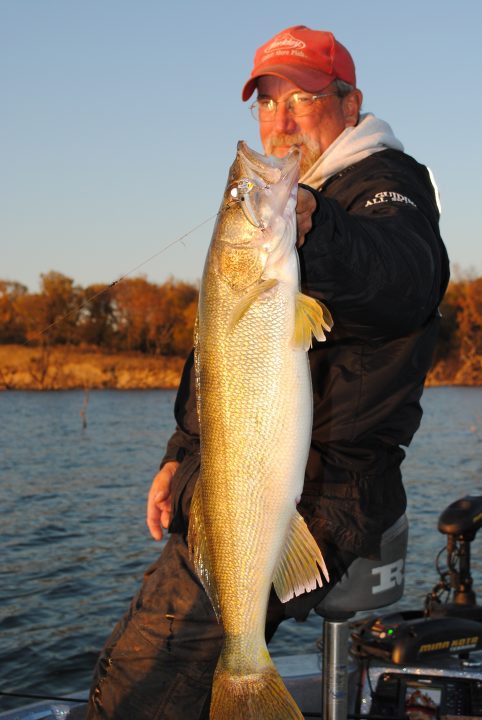 If you fish for walleyes very much, you know that they’re more versatile and adaptable than they’re often given credit for.  They can live in deep water, mid-depths or shallow water.  They can be found near rocks, vegetation, mud and sand.  They’ll be right on the bottom or suspended ten feet down over fifty feet of water.  Pretty adaptable indeed!

I was in the northeast corner of South Dakota last week fishing with my friend Joe Honer.  Joe guides for walleyes in the area and does an outstanding job of putting his guests on fish.  I’ve been fishing with Joe for several years now.  The water in this area has been rising a lot over the past couple of decades.  Lakes that covered five hundred acres are now several thousand acres in size.  As these lakes rose, they flooded huge areas of timber.  Trees stick up through the water’s surface in many areas, and there are more trees and branches below the water’s surface.  These wooded areas don’t look like traditional walleye cover, but the walleyes are in the wood,,,big-time.  They’re there because the timber also attracts freshwater shrimp.  The walleyes eat freshwater shrimp eagerly.  These walleyes that are eating the freshwater shrimp are fat:  Small heads and big bellies.  They’ll also eat your bait if you put it where they live.  The trick is finding a bait that will get through this cover.  Joe says he’s found that bait, and if the success we encountered in South Dakota recently is any indicator, I would agree with Joe.

When Joe has taken me into these areas of timber before, we always threw jigs tipped with soft bait.  We got snagged quite a bit, but we also caught a lot of fish.  Joe was definitely not a crankbait guy,,,he made that very clear.  Therefore, I was kind of surprised when he told me we’d be throwing crankbaits on this trip.  Not just any crankbait though, there’s one that he uses exclusively.  It doesn’t get snagged and it catches walleyes.  It’s a Sebile Flatt Shad Snagless.

Early this summer a friend gave Joe two of these baits to try, and, no kidding, Joe caught a walleye on the first cast he made with this bait.  Since then he’s used them a lot in the timber, and he still has them both.  Due to the design of the bait, the hooks don’t get snagged.  The bait might get wedged into a tree branch, but if you just give it some slack, it falls right back out.

The Flatt Shad Snagless has only one double hook.  The double hook, when being retrieved, rides against the belly of the bait.  Both barbs are pointing up, not down.  For that reason, it doesn’t get snagged.  The baits runs nose down, so when it hits a tree branch, it just flips up over it.

These baits are a little more expensive than other crankbaits, so Joe employs a light wire leader to prevent bite-offs from northern pike.

While fishing with Joe last week I used Flicker Shad crankbaits.  Flicker Shad are more traditional crankbaits.  I caught walleyes, but I also lost several Flicker Shad to the trees.  Joe did not lose a bait all day, nor has he all summer.  If you’re looking for a bait that comes through the snags and catches fish, you should check out the new Flatt Shad Snagless.  If Joe Honer can be convinced to use a crankbait, it must be a pretty darn productive crankbait.