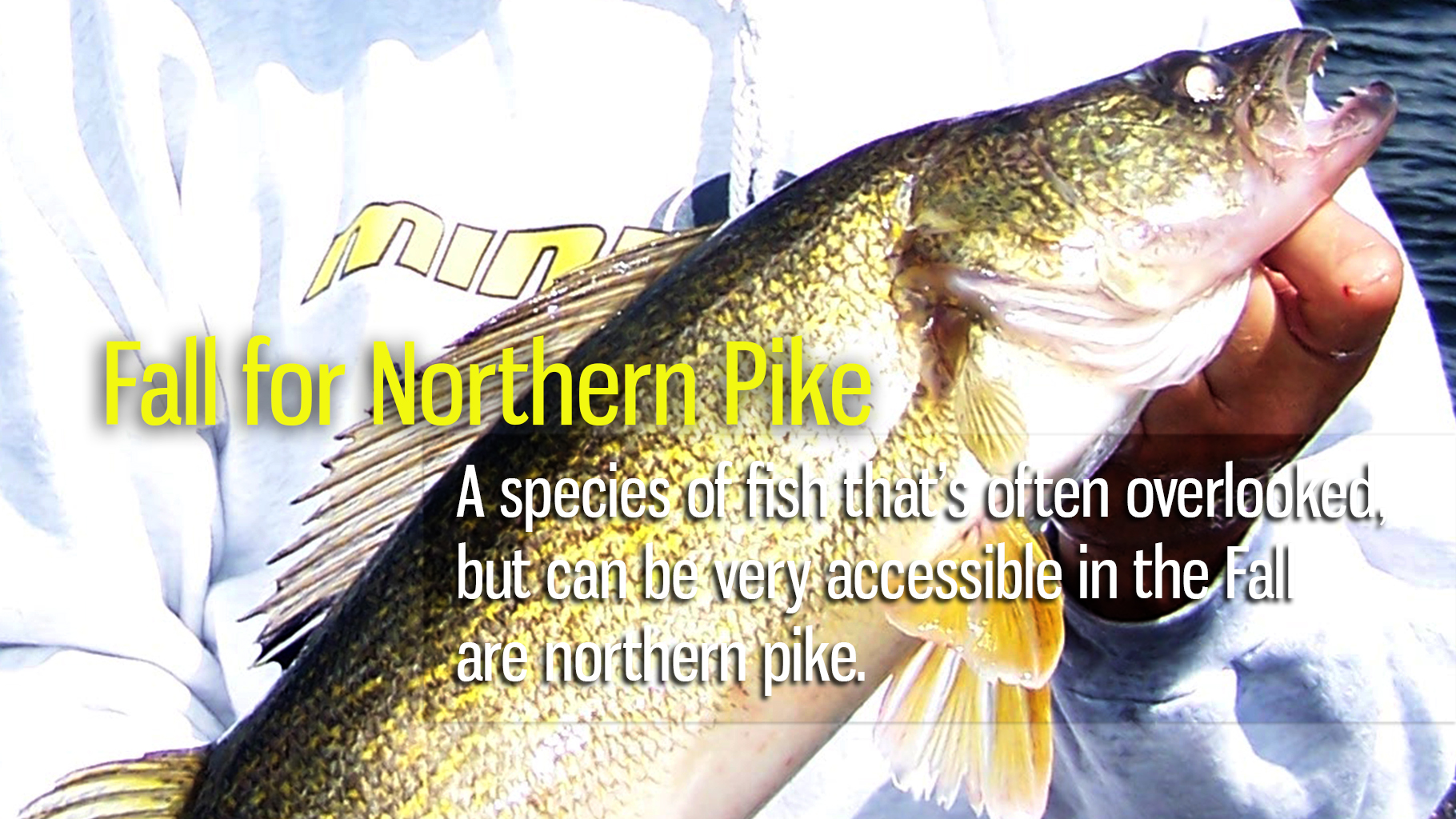 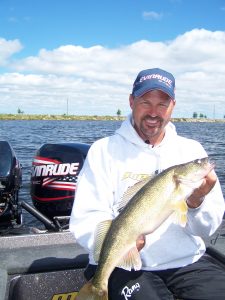 Many anglers look forward to the outstanding fishing action that is available in the fall season.  Largemouth bass and smallmouth bass are popular targets in many areas.  Bass are equally popular in the Midwest, as are walleyes, perch, crappies, and even muskies.  A species of fish that’s often overlooked, but can be very accessible in the fall are northern pike.  Anglers can catch lots of small northern pike throughout the year, but oftentimes the truly big ones are hard to find.  October and early November can be a great period of time to catch northern pike that qualify as trophies.

The reason that really big pike are rare catches in most waters where they live is that most anglers don’t fish where the big ones live.  First of all, you need to be on big fish water.  The best lakes will be the deeper, clearer waters.  Throughout the summer months the big pike often suspend over deep water and feed on oily, suspended baitfish in these bodies of water.  Most anglers who chase pike in the summer fish in vegetation that might hold the big ones in the spring, but are mostly void of big fish the rest of the year.  If you want to increase your odds of catching a big pike in the next few weeks, here’s what you need to do.

In the fall, those baitfish that the pike were feeding on over deep water have moved shallow to spawn.  They spawn on gravel or sand shallows that are close to deep water.  If you want to catch big pike, you need to find where the baitfish are spawning.  By the way, walleyes and muskies will be in the same areas.  This time of year, big fish are feeding where the big bait is.

Cabbage weed beds that are still green and close to deep water and that are close to the baitfish spawning areas will hold pike.  So will rocky points that are windblown and extend into deep water.  If you fish areas like this, you’ll be fishing near big fish.

Throw these baits with gear capable of handling big baits and for setting the hook into big fish.  A heavy action casting rod in the seven foot range works well, although some folks like a longer rod.  There a couple of Fenwicks and Abu Garcia Veritas rods that will do the job nicely.  Team them with an Abu Garcia Revo with appropriate line capacity or a 6600C4.  FireLine Braid in the 50/12 size would be a good choice, but a size heavier or lighter will work well also.  This line is a good choice because it casts well and provides great hooksets.  Be sure to back off on the drag just a little.  You want it to give a bit on the hookset.

Truly big northern pike are pretty rare.  I like to net them and get them back in the water as quickly as possible to insure a successful release.  Frabill’s Big Kahuna net will do a good job and will be appreciated when that big musky hits.  If you’re employing this tactic for pike on waters where muskies live, you will eventually have a musky on the end of your line.

For a change of pace in your fall fishing, if you’re on a body of water that is deep and clear, give northern pike a chance.  This is a great time to catch a really big one.