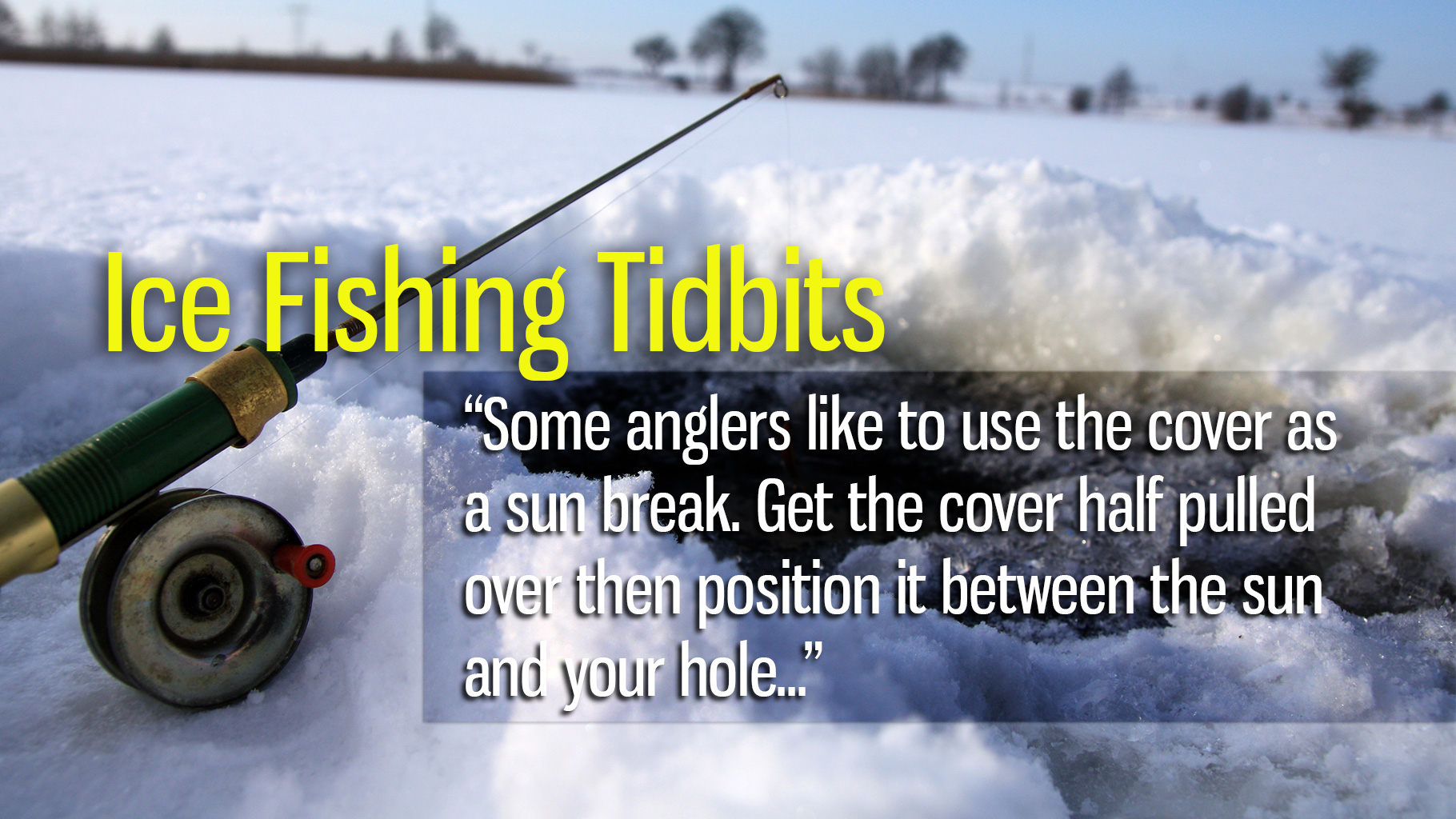 I was on the ice last week with some friends fishing for perch and crappies and walleyes and whatever else wanted to bite.  We caught a good bunch of fish, but there were also lulls in the action when my friends and I talked about a bunch of different things.  Mixed with much irrelevant conversation were some observations on ice-fishing. Some of those observations were things that will help most of us catch more fish and enjoy our ice-fishing even more.  Here are some of those things.

When you’re after perch or walleyes, and you don’t see any on your depth-finder, aggressive shaking or pounding of your spoon will often draw fish into the area.  If you don’t see any fish on the sonar, let your spoon fall all the way to the bottom.  This stirs up the sand or whatever the bottom is made up of.  Do this several times quickly.  This is called “pounding”.

If “pounding” doesn’t attract some fish, bring the spoon up off the bottom a couple of feet and shake it aggressively.  This will often get the attention of the fish.  This shaking is most effective in clear water.  Shake it a few times, then let it sit still.  If a fish comes in to look, slow the shaking down.  In fact, keep the motion of the bait to a minimum.  If several come in and look but don’t eat the motionless bait, give it more action the next time they come in and look.  Give’em what they want.  If none show up, or if they don’t eat regardless of what you do, it’s time to move to another hole to look for fish that aren’t so finicky.

Another observation:  Portable shelters are great for providing a warm spot to fish from, but when you have the cover all the way down, you kind of miss out on the interaction of the other anglers.  On a warm day that’s a little windy, pull the cover over about half way and it will serve as a wind break.  You’re protected from the wind, but you’re still out in the open.

Some anglers like to use the cover as a sun break.  Get the cover half pulled over, then position it between the sun and your hole.  By doing so, you can see your depth-finder better, as the signal on some depth-finders get a little washed out from sunlight.  Frabill shelters provide lots of options and are so comfortable to fish from.  The chairs on these units are nicer than some that are at kitchen tables.

Last thing:  As in open water fishing, it’s a good idea not to get too hung up on one specie.  On our trip last week, we started out fishing for perch.  We caught a few right away, but then the bite slowed.  We drove a few miles to another lake and caught crappies.  Not what we were after, but not a bad deal.

In the winter, many ice anglers like to take a break from the perch and walleyes and go after whitefish or tullibee or something like that.  Eelpout are another option.  These are all willing biters, and they fight good.  With some special preparations, they make good table-fare.  It’s almost always better to catch an alternative specie than to not catch the targeted specie.

Keep these ideas in mind next time you’re on the ice.  You’ll end up pulling more fish through your hole, and if you do that, you’ll enjoy your time on the ice even more.