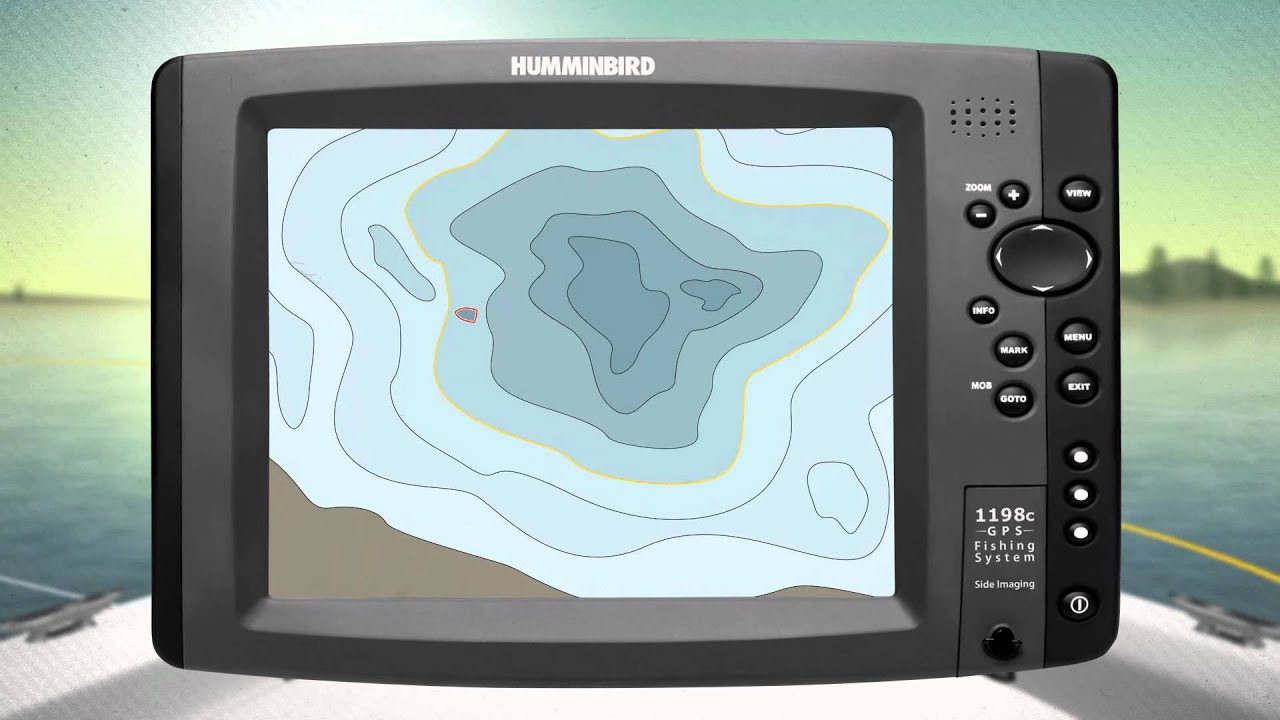 Pro fisherman Mark Courts is no stranger to technology. He’s one of the new breed of anglers comfortable with laptops, iPhones, iPads and the latest fishing electronics on the market. And he knows how to use technology to his advantage in the walleye and bass tournaments he fishes.

“I’m always looking for new ways to find and catch fish, so I naturally gravitated to Humminbird, Minn Kota and LakeMaster,” says Courts. “They offer a complete fishing electronics ‘system’ that has definitely helped me put more fish in the boat.”

What Courts is talking about is the seamless integration of Humminbird sonar, LakeMaster digital GPS mapping and Minn Kota trolling motors. With the recently introduced i-Pilot Link, now your Humminbird sonar, LakeMaster maps and Minn Kota trolling motor can talk to each other, giving you the ability to create, store and revisit fish-producing spots and routes, all with little more than the touch of a button.

“I think if more anglers got on the technology bus, they’d quickly realize they can maximize their time on the water and catch more fish,” says Courts.

The first part of Courts’ system utilizes a new computer software DVD from LakeMaster called Contour Elite, available for the same regions across the country as the digital charts for Humminbird units, including Texas/Oklahoma, where the upcoming Bassmaster Classic going down.

“Before I fish a body of water, I’ll fire up the laptop and study the lake via the Contour Elite software,” says Courts. “It features all the same high-definition LakeMaster maps you’ll find on your card, so it’s simple to search out spots based on depth contour, slope, structure, even sun and current exposure.”

The software also offers recommendations for different species based on season, time of day, water conditions, cloud cover and wind. You can even choose a first-person point-of-view to “walk” through the lake’s structure in 3D.

“Once I’ve put together a couple dozen key locations and trolling routes, I’ll export that data to a blank SD card and upload to my Humminbird unit,” says Courts. “Then it’s as simple as launching the boat and letting iPilot Link take over. If the spots are close enough, I’ll simply let iPilot Link motor me from spot to spot.”

Along the way, Courts adds waypoints into his Humminbird when he catches fish. “Here’s what’s really cool,” says Courts. “I can pop the card back in the computer when I get home and import the waypoints where I caught fish. Then I can have the software run a search for other locations that match those same structural features. A lot of times it’ll find locations I would’ve missed! Definitely gives me a good idea of where to start the next time I fish there.”

The second component of Courts’ system utilizes Minn Kota’s new iPilot Link. “Whether I’m trolling cranks or spinners for walleyes or casting shoreline structure for bass, iPilot Link gives me the ability to follow one-foot LakeMaster map contours with the press of a button,” says Courts.

That means if he finds walleyes on a 22-foot break, he can lock in his trolling vector to follow exactly that contour at whatever speed he designates, eliminating boat control from the equation.

“IPilot Link is going to change the way tournaments are fished,” says Courts.

Thanks in part to Down- and Side Imaging, shallow water and visible structure bass anglers are gaining more confidence in deep water, once the realm of guys with years of experience and specialized techniques. Add iPilot Link to that, and Courts thinks you’ll see a lot of bass guys switching over from cable drive motors to the Minn Kota Terrova with iPilot Link.

‘“Especially for big open water tournaments like Erie, Lake Superior’s Sturgeon Bay, and reservoirs down south, being able to follow deep lake contours is going to be huge,” says Courts. “And, on the shallow water side, after setting water level offset to the current lake level, I can set a zero contour so the boat follows shoreline whatever distance out I want, allowing precise casts to docks without having to touch a foot pedal.”

The third component of Courts’ system allows him to stay put when needed. For that, he turns to iPilot Link’s Spot Lock feature. For example, when he’s searching out isolated pods of roaming walleyes on main lake flats, he’ll keep his finger on the Spot Lock button of his remote control, eyes glued to his bow-mounted Humminbird unit.

“When I’m running and gunning and ‘power-corking’ walleyes, I can mark fish just a little bit sooner with the front graph,” says Courts. “Once I find ‘em, I simply hit the Spot Lock button and iPilot will reposition itself to exactly that location. Then it’s pitch and pluck,” says Courts.

He says it’s way more precise than trying to hold the boat in the exact position with your kicker or big motor and dropping bobbers in the drink. “I can get a lot more precise at holding that exact location and now I can actually go to the back of the boat and net fish or I can stay on ‘em until they stop biting. All that without having to lift my anchor 52 times in a day,” says Courts.

Courts uses much the same approach for fishing river system wingdams. Prior to a tournament he’ll mark high-probability wingdam locations in LakeMaster’s Contour Elite PC software and upload them to his Humminbird.

“Used to be you had to position yourself with the anchor and if you didn’t like that spot you had to physically lift your anchor and move,” says Courts.

Now he sets Spot Lock locations to fish multiple locations on a wingdam without making a ton of noise with the anchor, putting stealth in his corner, especially in low-water situations.

“After I hit one Spot Lock location, I’ll just let iPilot Link quietly move me to the next location on that wingdam. It’s automated running and gunning until I find the fish,” says Courts.

At the end of the day, whether he’s fishing walleyes or bass, Courts sees the integration of Humminbird electronics, LakeMaster digital GPS mapping software and cards, and Minn Kota trolling motor technology as a technological trifecta that gives anglers an upper hand.

“A lot of the veteran anglers may give me grief over how I use technology, but they change their tune pretty fast when they see the results in the livewell,” says Courts.

And, at the end of the day, whether you’re a tournament pro or simply a guy who fishes for fun on the weekend, we all want to catch more fish. And if it works, we’ll use it.