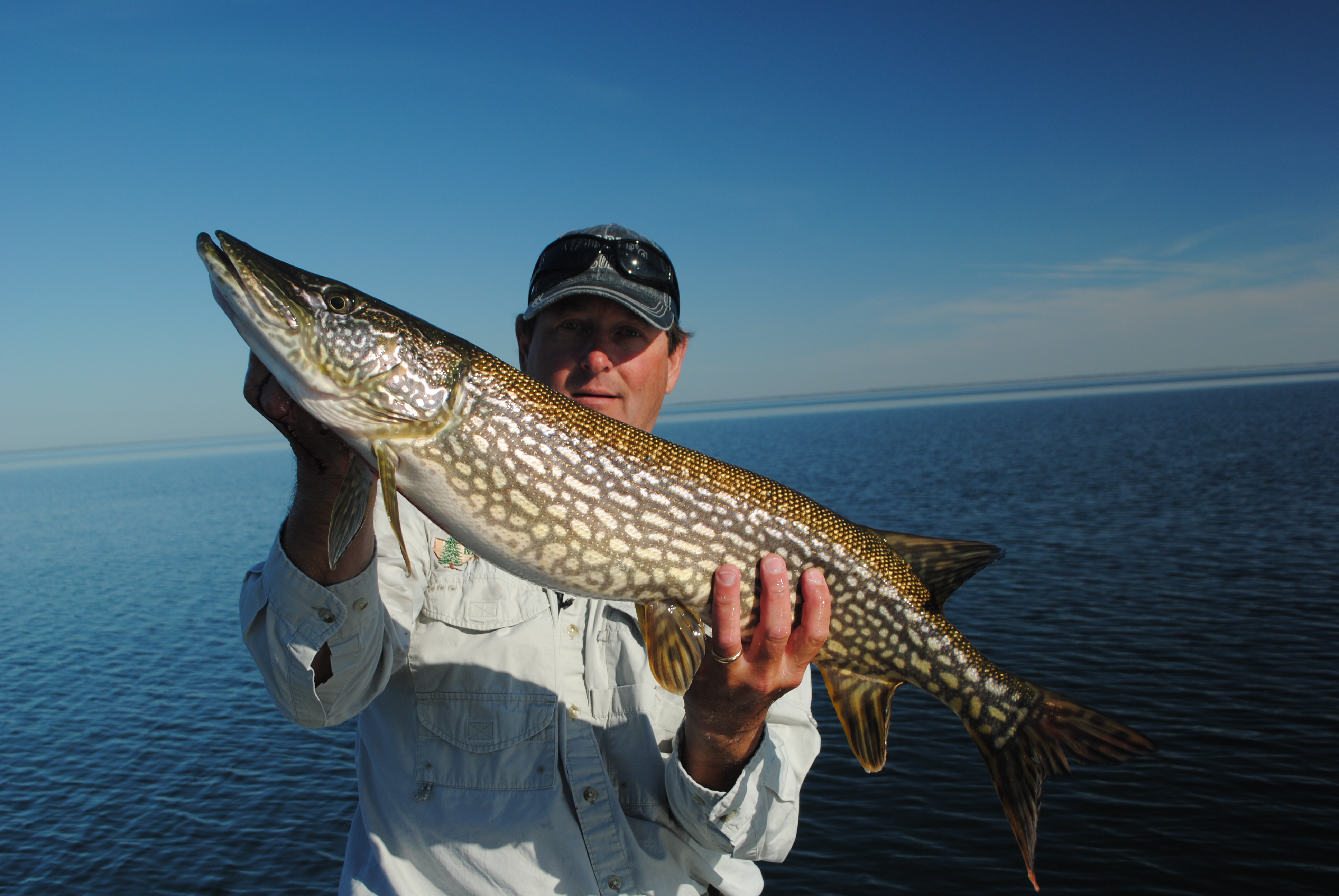 Fall arrives in different places at different times. But when it gets to the toothy northern pike and musky country, anglers who like to chase these top-line predators know that the odds for getting bit are good. Chances are as good as they get for a trophy!  If you like to catch pike and musky, now and for the next few weeks is a good time to do so.  Here’s how you can get in on the action.

We sometimes think of pike and musky as being very similar fish, and there are certainly similarities.  One similarity is that the fish will generally be shallower in the spring and fall and deeper during the summer.  The best lakes are often the deeper lakes that have oily baitfish such as tullibee, cisco and the like.  In the summer the tullibee and cisco are in the deep water, usually suspended, and the predators hang out around them.  These baitfish are fall spawners.  They move shallow when Mother Nature tells them to do so, and the predators follow.

My favorite fall spots are deep weedbeds and sand/pebble flats that are near deep water.  The fish will be deeper in clear water, shallower in stained or windblown areas.

Here’s something to consider.  I was fishing with a friend a while back for muskies.  It was autumn and we were on a very good musky lake.  We had fished all day with minimal action.  My friend watched the solunar tables very closely and said that a major period was coming up.  He wanted to be on his best spot, a spot that we had fished earlier with no luck, when the major period arrived.  We were, and it was crazy.  In just a couple of hours we saw about a dozen muskies and hooked several.  It pays to watch the solunar tables and be on your good spots during those periods.

I prefer to cast for pike and muskies.  Trolling works very well also, but when casting, you get to see the follows and you can confirm that there are fish in the area.

There are lots of baits that will attract muskies and northern pike.  Many, many fish every year are taken on hard baits like jerkbaits and crankbaits, but I almost always reach for a spinner first.  I believe that an angler will get better hooksets with spinners.  Also the ones that I use the most, Bird-Shot Bucktails and Bionic Bucktails, are easier to fish.  Start with natural colors in clear water and brighter colors in stained water, but don’t hesitate to try the opposite.  If you’re getting follows but no connections, do something else.

There are rods specifically designed for these baits, but often I just use the flippin’ rod that I use to catch bass.  Lew’s makes a heavy flippin’ rod that works well for bass or larger fish.  65 pound test XTCB8 braid provides outstanding hooksets and sensitivity.  With fish as big as we’re after, you might think sensitivity wouldn’t be a factor, but it can be.  You can detect a weed hanging on your bait, and with a sharp jerk you can clear it with the braid.  Also, sometimes the fish will slash at the bait but miss. You’ll notice this with the braid and will be ready when the fish returns, which is almost right away if it’s interested in eating.  With the braid and the heavy rod, back off a bit on the drag to prevent the hooks from pulling out.

You’ll probably catch more bass, walleyes, or panfish in a day this time of year, but if your goal is to catch one of the biggest fish that swim in the lake, that would be a musky or pike, and now is a great time to get after them.