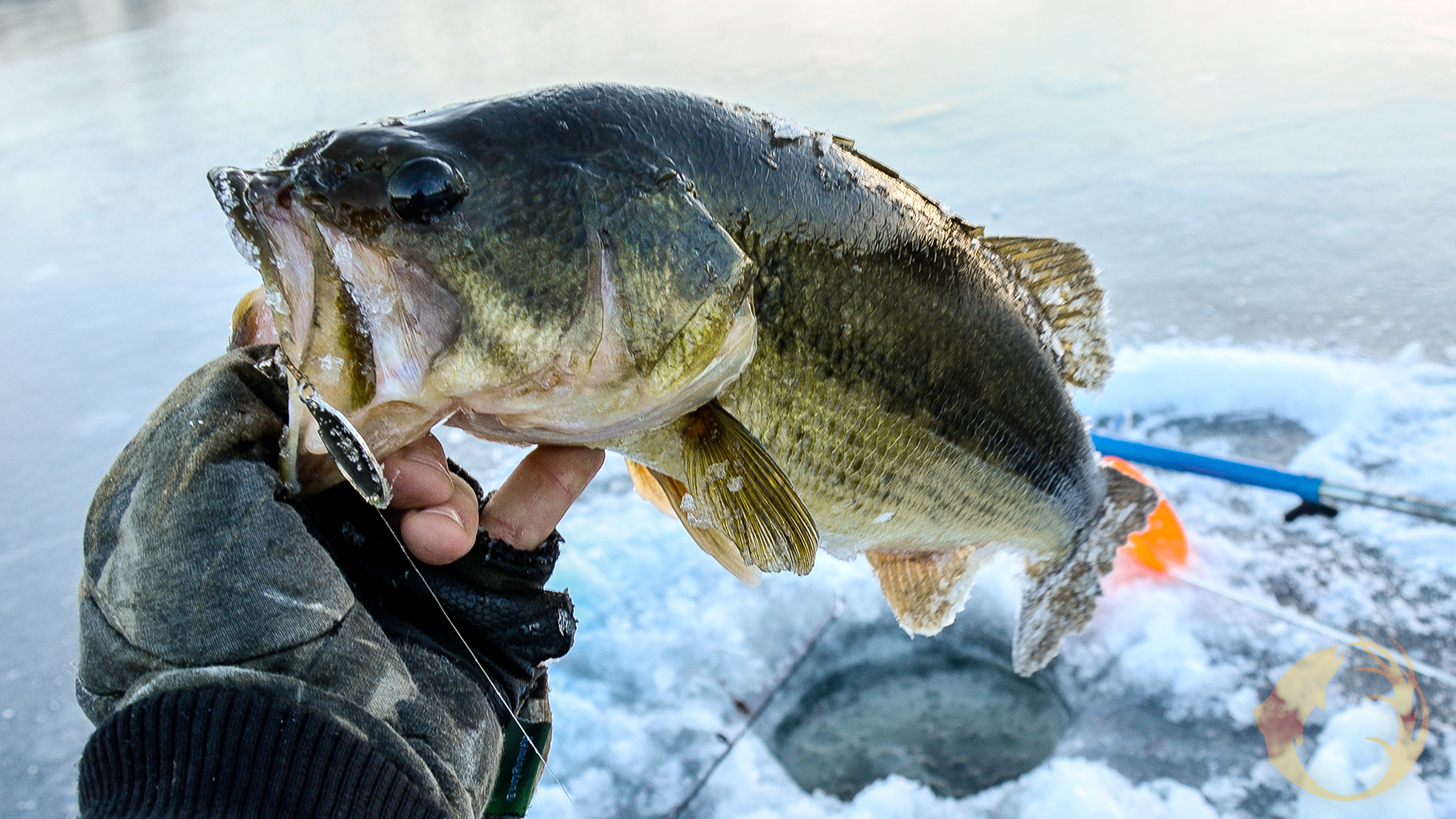 There are a few concepts for ice-fishing that are really good starting points.  If you’ll practice these concepts, with minor revisions every time out, you’ll be more successful on the ice this ice-fishing season.

John Peterson used a glowing spoon to get this walleye to bite.

In any type of fishing, you need to fish where the fish are.  We keep on the fish a couple of different ways depending on how thick the ice is.

Early in the year, the ice is not as thick and the fish are often shallow.  When fishing shallow, we’ll usually sit on a hole a little longer.  Shallow water fish are often spookier than deep water fish because they’re so close to the angler.  It works well to pop a few holes right away.  Some anglers will drill three or four holes, others will make fifteen or twenty.  Whatever you choose, get those holes drilled, then let things quiet down. When you’re fishing shallow water or on clear ice, if possible, drill your holes where snow covers the ice.  The snow will muffle noise and will hide an angler’s movement.  A little detail, but it can pay big dividends.

As the ice gets thicker, we have more options.  We’ve been spending a lot of time lately fishing from a CORE ICE shelter.  These are like campers with holes in the floor to fish through.  They’re lightweight but extremely durable and great to fish from.  We’ll fish inside awhile, maybe heat up some chili or soup, share some stories with our fishing partners, and do the other things that make ice-fishing such a social activity.  You can certainly spend an entire day inside the shelter, but every now and then we like to get outside and do some on-foot exploring.  We’ll drill holes out to maybe a quarter of a mile away.  We’ll often find schools of fish roaming.  In the waters that we fish the most, they’ll usually be perch, walleyes, or crappies.  We’ll move from hole to hole, rarely spending more than two or three minutes per hole unless we see fish on the sonar.  This is where sonar plays such an important role in our fishing success.

If it doesn’t eat it, try giving the bait a quick jerk.  Often, that will scare the fish away, but not always.  If the quick jerk gets the fish to eat, you now know that that’s how they want it.  But if it leaves, you’ve learned that a change in lure size or color is called for.  Your lure got the fish’s attention, but it just wasn’t quite what it wanted.  Sonar plays a major role in your ice-fishing success, and Vexilar is the leader in sonar for ice-fishing.  They’re easy to use and will help you put more fish on the ice.

A Buck-Shot Rattle Spoon is an outstanding ice-fishing bait for a lot of fish.  Go with the sixteenth ounce size for crappies or perch, eighth or quarter ounce for walleyes.  Glow can be a big deal.  The UV Buck-Shot Spoons rattle and glow, and at night or in stained water, those two features are a huge advantage.

As in any fishing, find the fish and give‘em what they want.  You’ll catch more fish and enjoy your fishing even more.