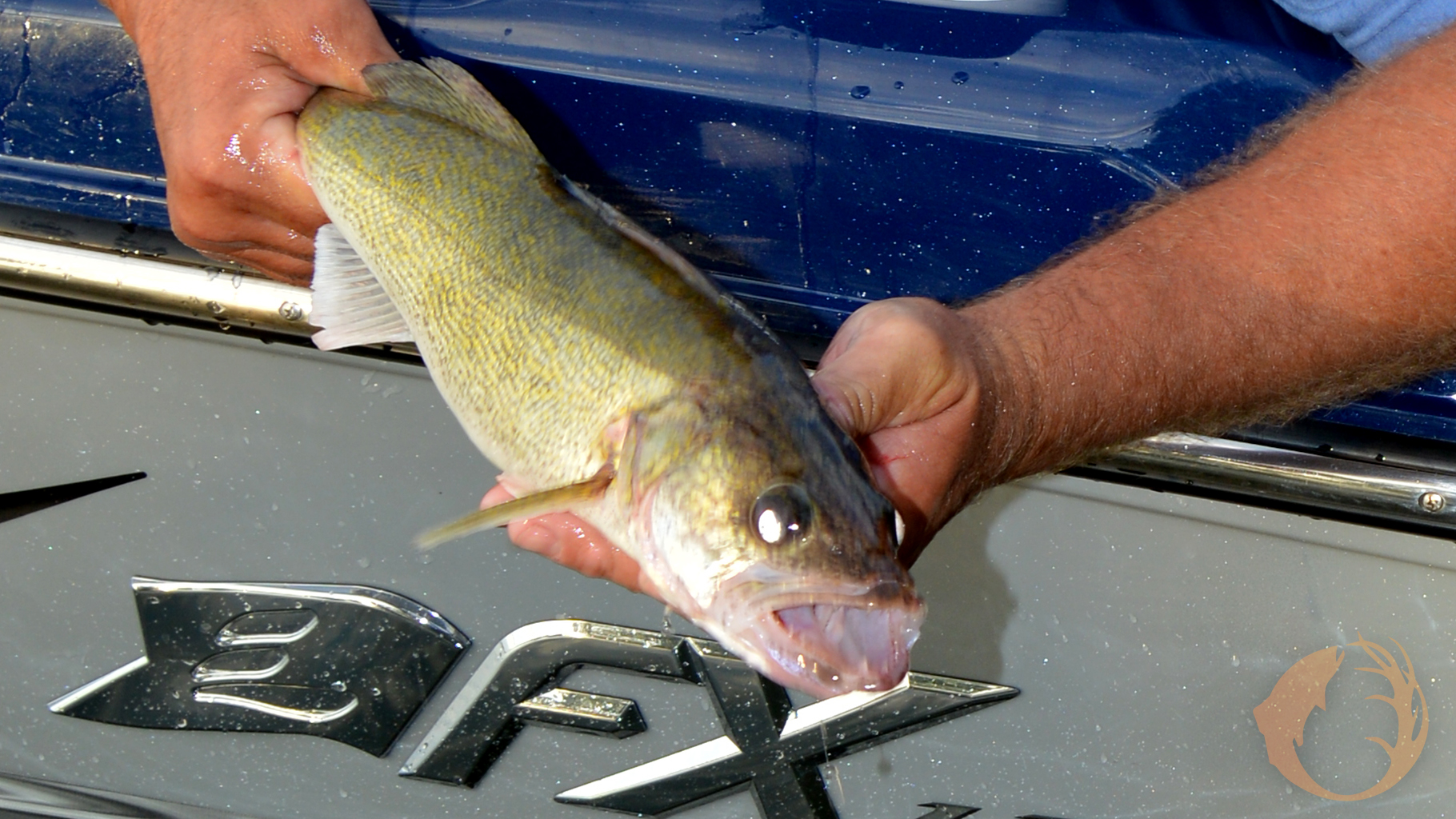 We were fishing largemouth bass on a lake in Minnesota this late October.  It was a beautiful day and the thought never entered my mind that this could be the last trip of the year.  Since then the weather has cooled noticeably, and there has been ice on the ponds here in north Iowa for several days.  I now realize that that bass expedition probably was my last open water fishing trip of 2018.  I always like to reflect on the fishing season that has just been completed.  Following are some of those reflections.

A common theme of my reflections almost every year is that I re-learn a lot of the things that I already know.  It happened again this summer.  Mike Frisch and I have both chased and caught a lot of fish over the years.  We know that if the fish aren’t eating what we’re offering them, we need to offer them something different or try another spot.  One warm day in July we were on a lake that we had never fished before.  We enjoy exploring new waters.  We had some new baits that we wanted to experiment with.  They were designed for shallow water slop fishing.  They worked really well, but most of the bass that ate them were of the small variety.  We were having a good time, but we decided that we would have a better time if the fish were bigger.  We tied on some jigheads and attached Strike King Ocho Worms to them and went to a nearby weedline.  There, we caught lots of fish, and they were much larger.  Reminder:  It doesn’t matter how we want to catch the fish, if we want to be successful, we need to offer them what they want and where they want it.  That is a helpful reminder for the upcoming ice-fishing season.

Chad Peterson returns a walleye to its home in a Minnesota lake this past June.

Over the past several decades my boat partners and I have used in-line planer boards to catch salmon, trout, walleyes big-time, even northern pike and crappies.  This year Tanner Arndt and I used in-line boards to catch dozens of perch in a short period of time on Big Stone Lake on the Minnesota-South Dakota border.  We had four boards out with Lucky Shad crankbaits behind them.  This spread of lines enabled us to efficiently show the perch a variety of lure colors.  On this day, color didn’t matter, but some days it does.  There were times that we had four perch on at once:  Lots of fun!  Off Shore Tackle makes the easiest-to-use, best running boards that I and many others have ever used.

Fishing for the most part across the Midwest is outstanding, and in many places it continues to improve.  The better-than-it-used-to-be fishing is for several reasons.  Certainly our equipment is much better.  Modern sonar draws such a good picture of the underwater world, and from several different perspectives.

Rods are much more sensitive and affordable, lines are more reliable, less visible, and more manageable.  I ran a Suzuki 90 horsepower 4 stroke motor this year and was so impressed by the quiet and efficient performance that it provided.

But in addition to the equipment, voluntary and mandated angler actions are helping our fisheries immensely.  In some places it’s the law that we release certain fish, but much of the time it’s voluntary catch and release that has enhanced fish populations in both quality and quantity.  Not everywhere and for everything, but in lots of places, fishing is as good and even better than I can remember.

And, with all that said, it’s been another memorable open water fishing season: Now, bring on the ice.