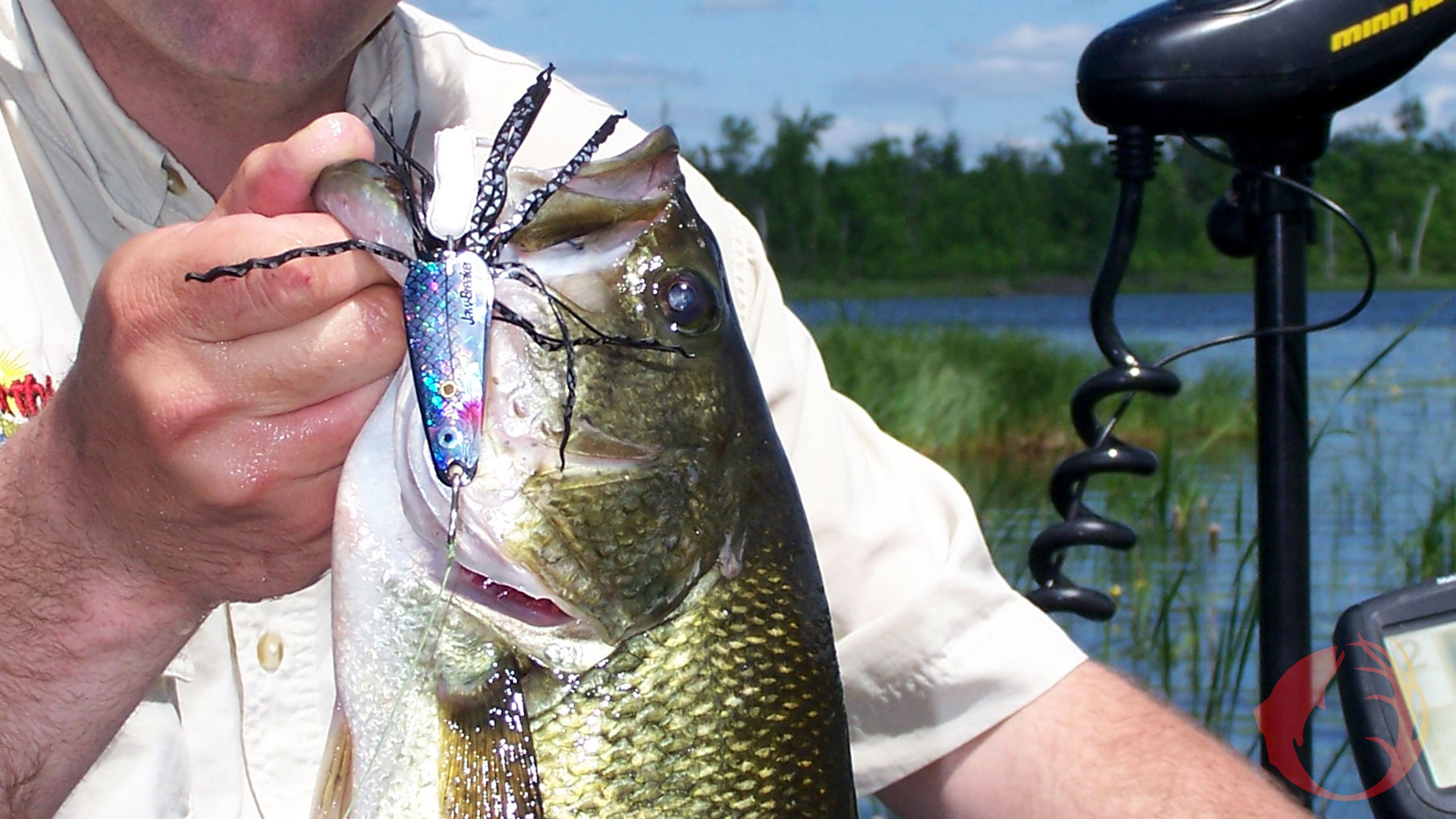 In the remaining open water months, there is one very basic thing to keep in mind for fishing success, we’ve said it before and I’m sure we’ll say it again, but it’s so important that it’s a good thing to keep in mind:  If you want to catch fish now, you’ve got to find what they’re eating.  You’ve got to be fishing where the predator fish’s food is.  As summer moves on and autumn starts to arrive, staying near what the fish want to eat is very important.  Following are some examples of doing so. 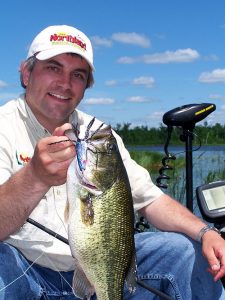 Here’s a largemouth bass from several years ago that Craig Peterson took on a Jaw-Breaker spoon while fishing the “dragonfly” pattern.

White bass are very popular in many parts of North America.  They’re fighters and often willing biters. One of the most memorable white bass bites that I’ve ever been on happened several years ago on Lake Pepin, a wide spot in the Mississippi River on the Minnesota-Wisconsin Border.  We were trolling when we noticed a group of gulls diving to the water’s surface about a half mile away.  Experience told us what was going on.  A school of white bass had trapped a school of baitfish, near the surface of the water.  The white bass were eating the shad from below, the gulls were attacking from above.  We quietly got within casting range.  A topwater bait, even though you might be fishing over 30 feet of water, can be very effective in this situation.  Something like a KVD Splash or Splash Jr. will be fun and very effective.

Our baits were quickly eaten.  We caught bass after bass for 20 minutes.  They the school went down, the gulls disappeared, and the action slowed.

Travis Peterson lives in northern Minnesota and is an expert when it comes to catching bass and walleyes.  I’ve had the good opportunity to fish with Travis a good number of times, and I always learn something when I do.  On our most recent trip we were chasing largemouth bass in lily-pads, and we were catching them steadily, but not fast.  All of a sudden, Travis pointed to a nearby field of lilies and said “We’ve gotta get over there”.  He had noticed that a dragonfly hatch was going on in that group of lily-pads nearby.  We got over there quickly, but quietly.  Every now and then we would see a bass slurp a dragonfly off the surface.  We tied on Jaw-Breaker weedless spoons and started throwing them around.  What had been good fishing changed to great fishing.  The presence of the dragonflies got the bass into a feeding frenzy and we took advantage of it. If Travis hadn’t noticed the dragonfly activity, we would have missed out on the action.

If walleyes are your goal, pay close attention to your sonar for the presence of baitfish.  You probably won’t see the surface activity with walleyes that you might with bass, but locating the walleye’s food is just as important to catching them as it is to white bass or largemouth bass.  Raymarine’s new Element line of sonar units has helped me find the baitfish, and therefore the gamefish in many situations in the past few weeks.  The Element is an outstanding sonar unit, but is also an outstanding value.  This time of year, if I don’t see baitfish when I’m fishing for walleyes, I usually don’t fish the spot.  However, if the wind is blowing onto a point or shallow water structure, you might want to make a few casts to see if the fish are feeding shallow.

Remember that during the summer and fall months if you want to catch fish, you’ve got to be fishing where their food is.  If you remember that, your chances for success will go way up.