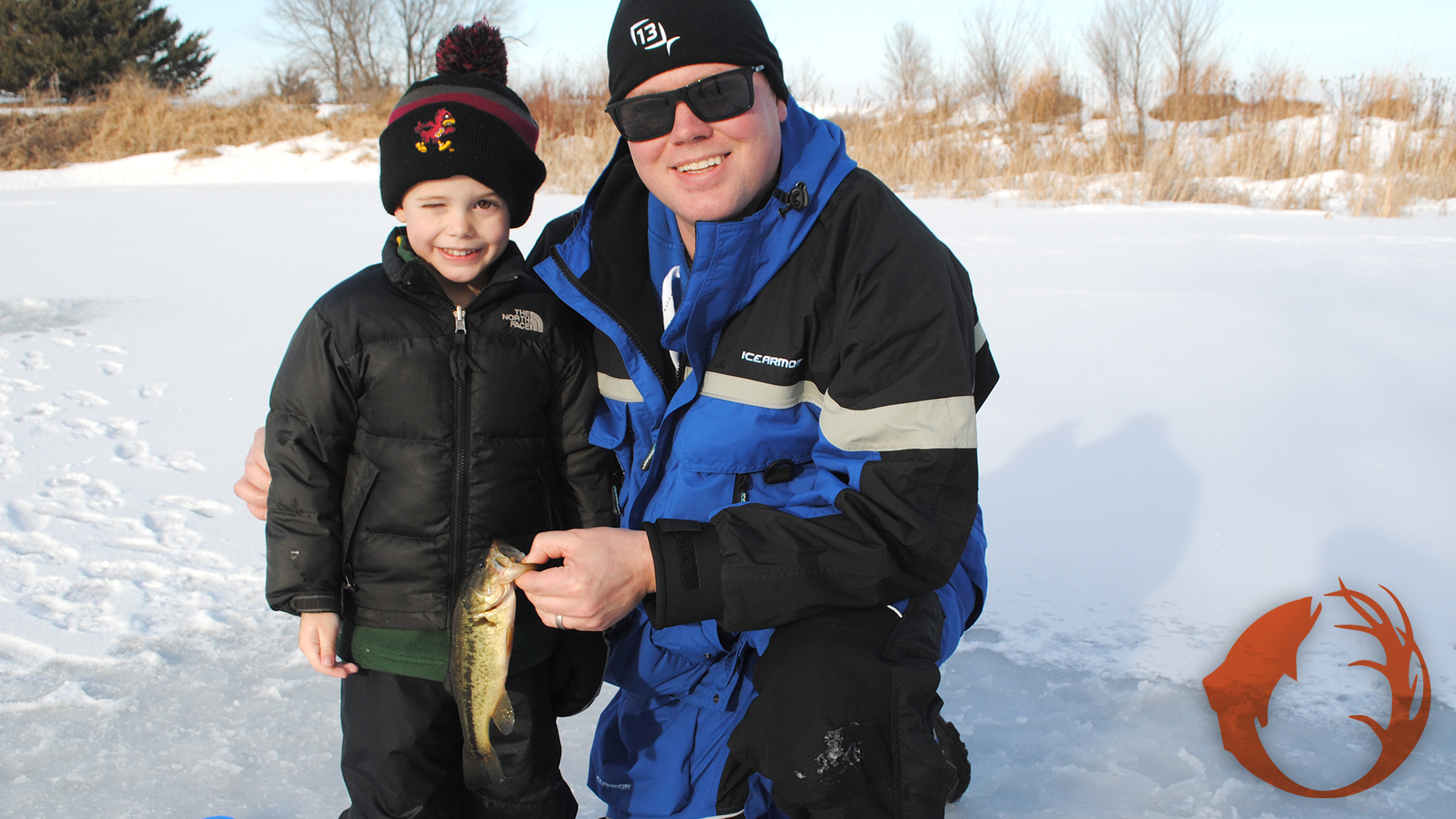 Ice-fishing is in high gear wherever people go ice-fishing.  Ice-fishing can be a wonderful social event that anglers of all skill levels and ages can take part in. I recently got to watch a dad introduce his young son to ice-fishing with outstanding results.  The best time of the ice-fishing season for introducing new anglers to the sport is approaching.  If you know someone who would like to learn about ice-fishing, following are some ideas for doing so.

Dax Clark is an avid ice-angler.  He has a drill, shelter, sonar, and an appropriate amount of rods and reels and baits.  No overkill, but the right stuff to do the job.  His son Rex told his dad that he wanted to go ice-fishing.  Rex can be persuasive, but Dax wants to make sure his sons have the opportunity to learn about the outdoors if they want, so it didn’t require much persuading to get Dax to take Rex ice-fishing.

Rex is about four years old.  It’s a good idea to introduce inexperienced anglers to the equipment that they’ll be using before you get on the ice.  It works better for them to know which way to turn the reel handle before there’s a fish on the line.  If you have a reel with no line on it, let the new angler get familiar with it.  By doing so, the odds for success will be better when a fish bites their bait.

Next, find a place where the fish are plentiful. Dax knew of a private pond that was full of bass, mostly small ones but enough big ones to keep things interesting.  The pond owner was kind enough to give permission to fish.  As with open water fishing, the key with new ice-anglers is to get bit.  Get the interest level up and keep it there.  Catching and handling small fish is a great teacher for when that bigger one comes along.

The mission with a new angler is to make sure they catch the fish: This isn’t a deal where we want to impress that youngster with how many fish we can catch, we want them to catch the fish.  Dax has a Vexilar FLX28, the best sonar for ice-fishing there is.  He showed Rex what the sonar was telling him, then made sure that Rex was able to watch the sonar.  Kids are very quick to pick up on this technology.  It’s like a video game to them.  They enjoy watching the fish approach the bait, then feel that tiny tick on the line or see the spring-bobber go down.

Dax also has an Otter Hub style shelter.  This unit is outstanding for providing a gathering place for snacks or to warm up or to fish from.  It also makes a nice tent in the summer.

February and March are outstanding months for taking a new angler ice-fishing.  The days are longer, warmer, and the fish like to bite this time of year.  Don’t make the trips too long, and make sure the new angler is hands-on, not an observer.  If you do these things, the chances for creating a new ice-angler are very good.\

Photo: Rex Clark lives in central Iowa and is learning about ice-fishing from his dad Dax.  So far, Rex is liking what ice-fishing is about.