Catch More Fish Through The Ice 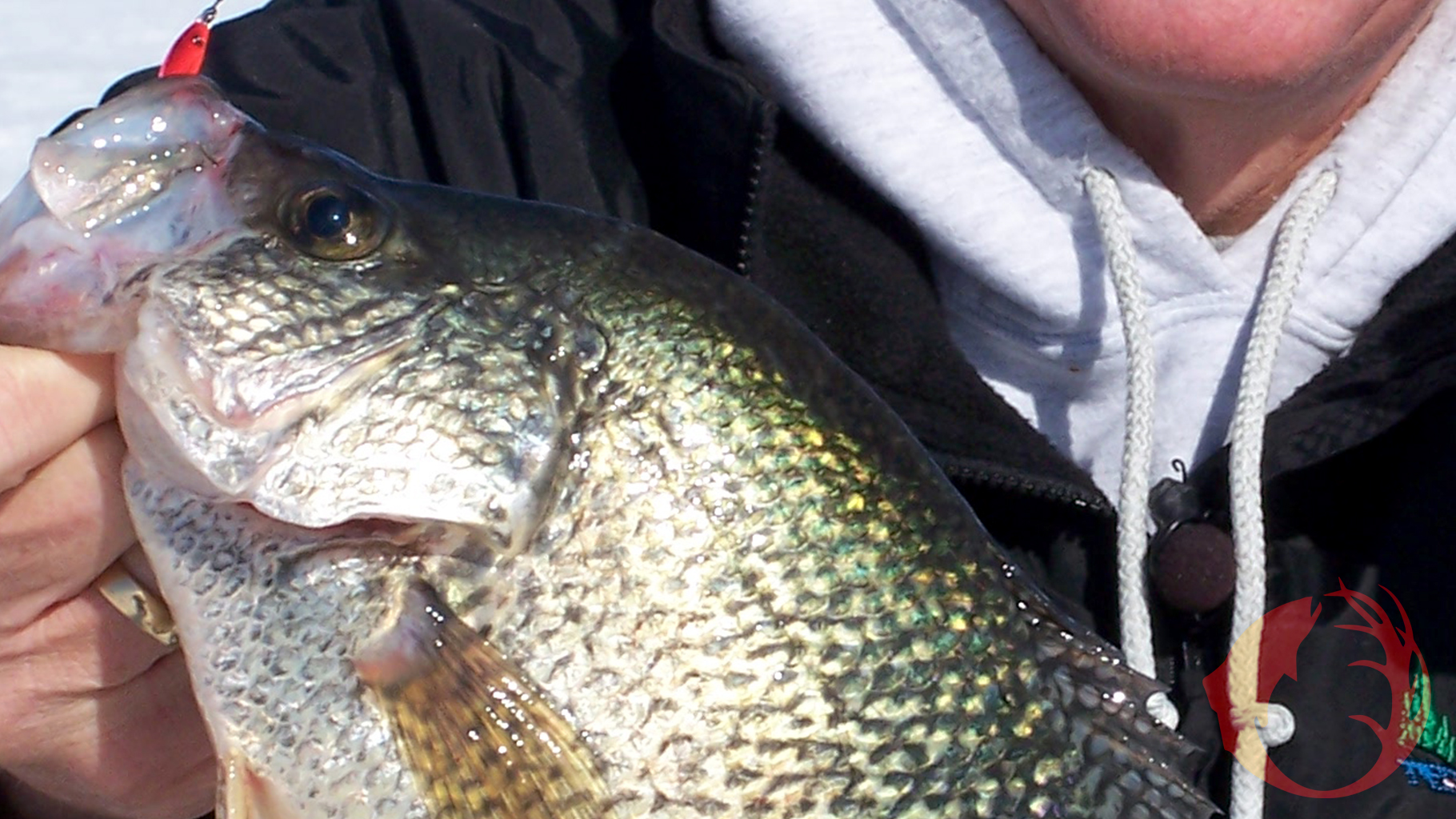 Our fishin’ friend Duane Petersen took this slab crappie on a tiny spoon that he was jigging very slowly.

With the ice-fishing season upon us, now is good time for some reminders about improving your chances for success through the ice.  Following are some of those reminders.

Just as in open water fishing, probably the most important key to catching fish through the ice is that you’ve got to be fishing where the fish are:  It sounds simple, but a lot of the time anglers just aren’t fishing where the fish are.  With the sophistication of today’s sonar units, there’s no need to spend time where the fish aren’t.  If you’re using a modern sonar, and if you have it tuned properly, you’ll see if fish are down there.  The anglers who catch the most fish don’t spend more than five minutes on a hole if they don’t see fish.  Early in the season when the ice is thin and there isn’t much snow on the ice you might want to sit on a hole a little longer to prevent spooking the fish, but later in the year, keep moving until you find them.

Once you have fish located on your sonar, don’t drop the bait right on them. Slow the bait as it falls, and stop it a couple feet above the fish.  We want the fish to come up and take the bait.  If it plummets right through them, it could spook them, and even if they don’t spook, they typically won’t go down to take a bait.  We want to keep the bait above the fish.  The most active ones will go up to get it.  If they don’t, lower it a little bit closer to them.  Make them come up to get it.

Eventually the action will slow on the hole you’ve been fishing.  You’ll still be able to see fish down there, but they don’t want to bite.  Try a different bait, or a different color, or try a different action.  By doing so, you can usually get a few more to bite.  When you don’t see them anymore, or when they won’t take your bait regardless of what you put down there, it’s time to move to the next hole.

When panfish like bluegills and sunfish are the quarry, you will do best going small and light:  Small baits and light line.  One of the baits in the Northland Helium series of baits would be a good choice.

Along the light side of things, you want light line.  Light line handles the tiny baits better, but it’s also less visible to the fish.  At times in clear water it’s possible to look down the hole and watch fish come in and look at your bait.  It’s interesting to see how closely they examine it at times.  Light, invisible line will make your bait look more natural and the fish will be more likely to eat it.  P-Line Floroice is a very good line choice, with 4 pound test being as heavy as you would want to go.

Last thing.  Perch are abundant in many areas, they’re willing biters, and they’re great on the table.  The past few years we’ve been using a lot more plastic for the perch.  They like it just as well as live, and you can catch a lot more fish per bait with the plastic.  Use it with a small spoon or jig and just quiver the bait.  Impulse Mini-Smelt and Bloodworms are perch-catchers.

Now we just need to make sure the ice is safe.  When it is, try the ideas we’ve just talked about and you’ll catch more fish.

Catch More Fish Through The Ice