Troll Faster In The Summer 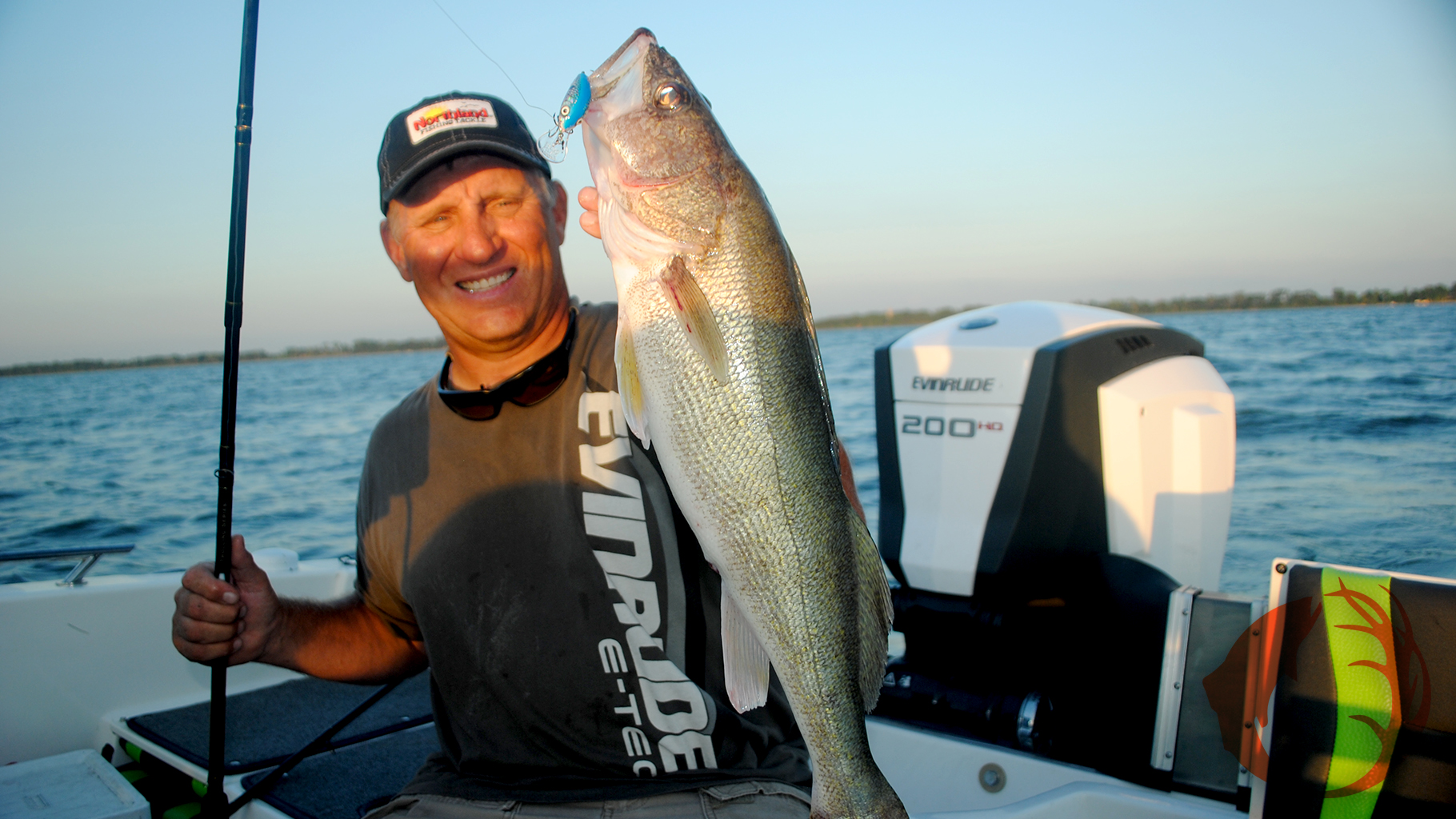 Fish are cold-blooded creatures.  Water temperatures have an effect on their way of doing things.  When the water is cold, the fish prefer a slow moving bait.  Their metabolism is slower in cold water, so they don’t move as fast.

When water temperatures warm up like they do in the summer, fish will move around more, and they’ll also be willing to chase down a faster moving bait.

In the summer, speed-trolling is a good way to catch fish.  You can cover the water faster while speed-trolling, so you’re putting your bait in front of more fish.  That increases your chances for getting bit.

A faster moving bait is also more attractive to fish in the summer.  Maybe it’s not more attractive: Maybe the faster moving bait just makes the fish react to it.  There have been lots of times down through the years when we’ll troll through a school of fish at a mile an hour and nothing happens:  The fish don’t react to our bait.  Then we go back through the school at two miles per hour and the fish get more interested and we catch a couple.  That tips us off that, on that day, maybe even at that time of day, a faster presentation will do the job better.  The fish can see a slower moving bait more clearly and sometimes will refuse it.  If the bait is moving fast, the fish must react quicker.  Either they eat or they don’t.  Much of the time they do.

Speed-trolling appeals to a wide variety of Midwest fish.  Muskies and northern pike willingly eat fast moving baits in the summer.  So do walleyes.  Pull a crankbait quickly along a weedline and largemouth bass will be all over it.

How fast do you go when speed-trolling?  I’ve gone between three and four miles an hour with success, but that’s probably faster than you need to go.  2 miles an hour is a good starting point.  I’ve been using Raymarine sonar units the past couple of years.  The speed indicator and mapping systems incorporated into these units are very, very helpful in determining the best trolling speeds and then matching the trolling passes.  When a fish hits, quickly check the speed, then match it when you get your bait back in the water.

My boat has a 90 horsepower Evinrude E-Tec HO motor on the back, and that motor is perfect for this style of trolling.  It’s so quiet and fuel consumption is minimal.  It also responds to speed changes quickly, which is critical.

Crankbaits are usually used for speed trolling, but spoons and bucktails work well also, especially for pike and muskies.

I like low stretch line when trolling, but when you use low stretch line, you’ll want to go with a softer action rod.  The softer action is more forgiving, so you’ll land almost all of the fish that hit. You want the rod to have some bend in it as you troll.  When a fish hits, the rod will just bend over.  P-Line XTCB in 15 or 20 pound test will be about right for walleyes and bass, but go heavier if pike or muskies are the target.

If you go fishing in the next few weeks, try trolling faster than usual.  You could find that trolling faster when the water is warm is a good way to put fish in the boat.

Photo: We were trolling for walleyes a couple of July’s ago and they wanted the bait at 2.5 miles per hour, although this big guy took Mike Frisch’s crankbait moving even a little faster.

Troll Faster In The Summer

Catch ‘Em In The Middle