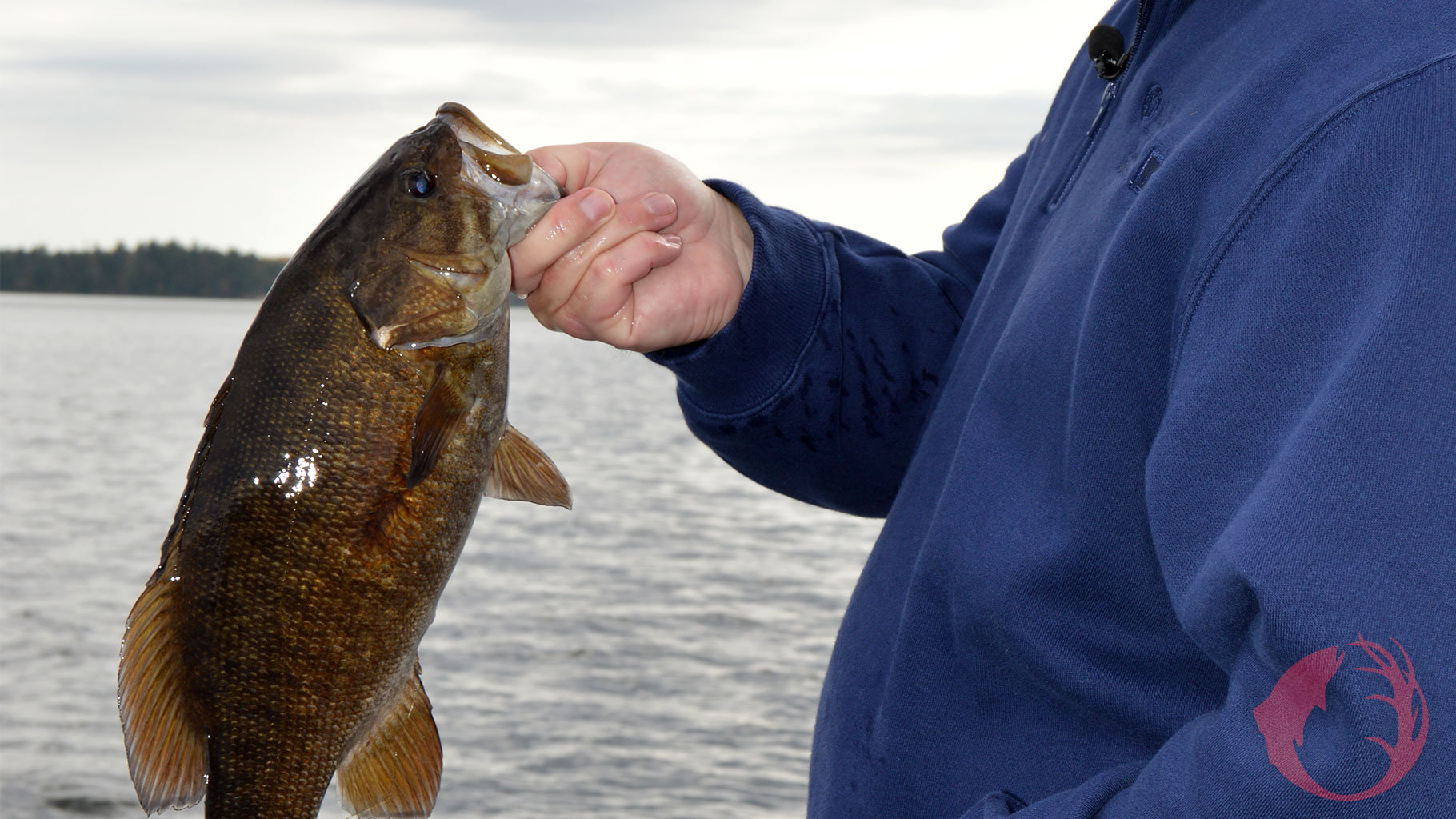 Depending on where you live, the young people and their teachers are getting ready to go back to school, football season is either here or just around the corner, and the fall fishing season is not far off.  Some folks may not like this progression of seasons, but many anglers do.  They know that autumn can provide the best fishing of the year for both numbers of fish and trophy fish.  Many anglers have caught the biggest fish of their life in the fall.  If we want to take full advantage of fall fishing, now is a good time to make preparations to do so.  Following are some things to keep in mind as we prepare for fall fishing.

Here’s one of those big Kabetogama smallmouth. The chance to catch a true trophy is very good in the autumn.

Whether you’re fishing a lake, river, or reservoir, at some point in the fall the fish will school up.  In the summer they’ll be loosely schooled more of the time, but when the fish feel the water temperatures drop and notice the days getting shorter, they’ll group up.  Therefore, it works well to keep moving with an eye on your sonar until you find where the fish are hanging out. The importance of paying attention to your sonar was once again driven home on a fall trip to Lake Kabetogama a couple of years ago.  Kab is known for its walleyes, but it’s also a world-class smallmouth fishery.  We were fishing for the smallmouth on deep structures.  We located the structures on the maps in our sonar units, then cruised over them looking for fish.  The first two spots were fishless, the third showed fish.  We dropped jigs and dropshot rigs to them and had immediate acti

on.  Just for the heck of it, we tried similar looking structures that didn’t show fish on the sonar, and that’s what we caught:  Nothing.  The fact that you’ve got to fish where the fish are if you want to catch fish was reinforced that day.  We were using Raymarine sonar at the time: I can’t remember which units we had, but the Axiom series of sonar from Raymarine that we’re using now does an amazing job of showing fish, and they have the other features necessary that make fish-catching so much more consistent.

Start the autumn season off with fresh line.  Just as we start the season with fresh line, we want to be sure our connection to the fish is in good shape in the fall.  Be sure that when that fish-of-a-lifetime eats your bait, your line will be ready to handle it.  There are lots of line choices out there, and they all have a purpose.  With that said, day-in and day-out, I use P-Line CX or CXX Premium.  These are kind of like monofilament line, and I’ve developed a lot of trust in them.  If I want more sensitivity and better hooksetting ability, I use XTCB braid with a Tactical fluorocarbon leader.  This set-up provides the ultimate in strength and minimal stretch, yet allows for a very natural presentation.

In the fall, fish like larger lures.  Even the smaller fish eat bigger baits in the autumn.  Mother Nature tells the fish that it’s better to eat one large meal instead of several smaller ones.  Use big bait for big fish.

There are lots of options for recreation in the fall.  Football and hunting take up lots of folk’s time.  But if you like to fish, reserve some time for doing-so.  The weather is pleasant, the scenery is nice, and the catching can be outstanding.  Discover that for yourself when the leaves on the trees turn colorful.