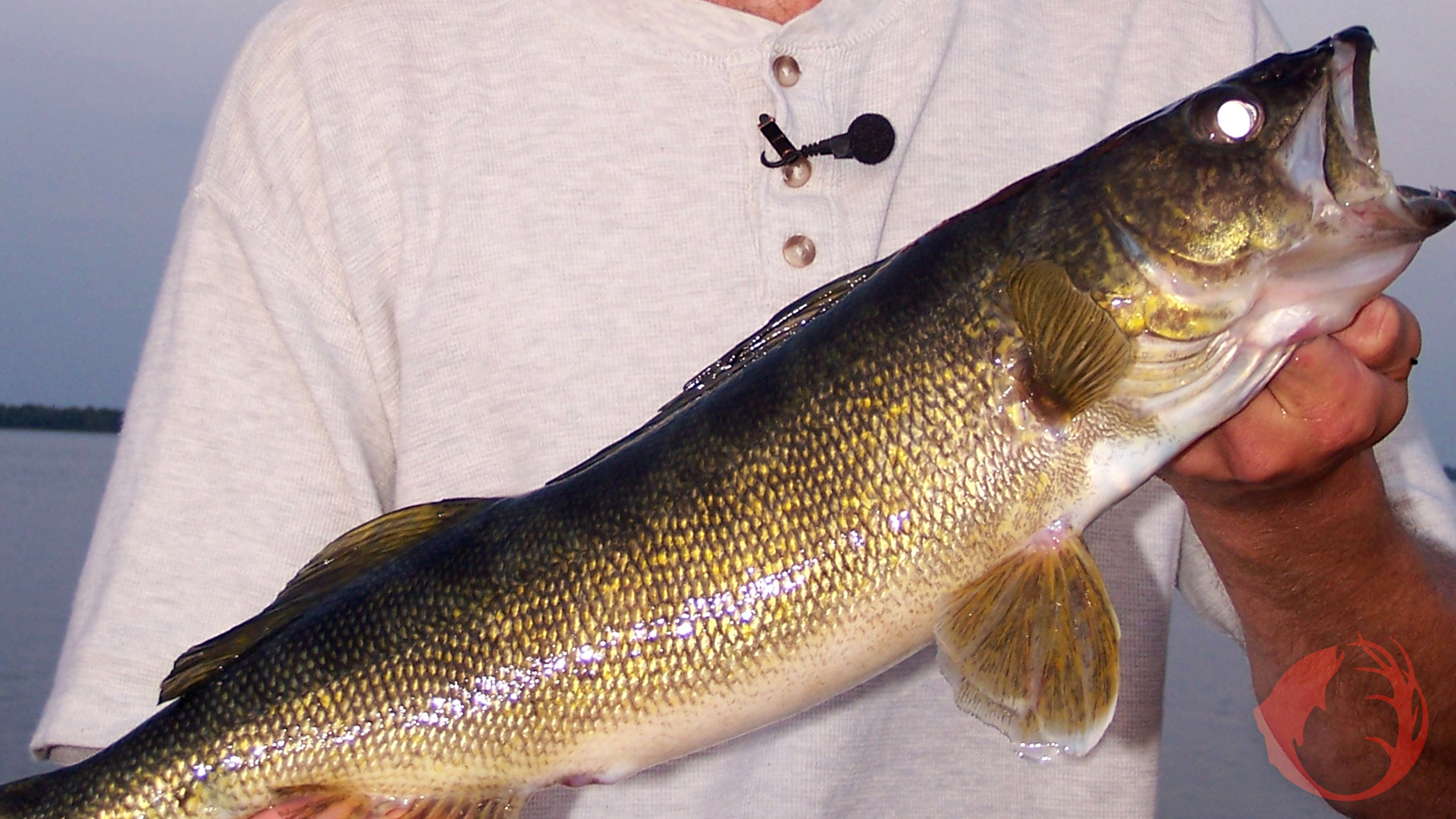 Summer is here: It came quickly this year.  Fishing in the summer can be very productive.  However, on that day when you’re on the water, fishing conditions might not be the best for the species of fish that you want to catch.  We might really want to catch walleyes, but in reality, in some bodies of water, the largemouth bass might be biting better.  It’s a good idea to keep your options open when you go fishing in the summer.  If you do, you’ll catch a lot more fish.

When you start out your day of fishing, it’s important to have a plan.  If, for instance, walleyes are to be the quarry, you should have a rod rigged with a live-bait rig.  Live bait is almost always a good summertime bet for walleyes.  Check out some deeper water structure.  Keep a close eye on your sonar for fish activity.  When you find some walleyes, work your rig through them.  Maybe you’ll get bit, but maybe you won’t.

Travis Carlson got this Kabetogama Lake walleye to eat a crawler on a live-bait rig. Kabetogama is a world-class walleye lake, but you still need to give the fish what they want to eat.

If you work your bait through several schools of fish with no action, try something else.  Try pulling a spinner/nightcrawler through the fish.  That might get them to go, and if it doesn’t, tie on a crankbait and pull that through them.  Show the fish lots of options and let them decide what they want to eat.

And then, maybe they just don’t want anything right then.  If you’ve just gotta’ catch walleyes you can keep trying, but you might be limiting yourself to the amount of action you’ll experience.  If it were me, I would go after another species of fish.  When I go fishing, I like to catch fish.  Many of the best walleye lakes are also good for bass or bluegills or pike.  If something pulling on the end of your line is the goal, tie a different bait on your line and head to a different area of the lake.  A weedline would be a good place to head to.  The weedline is home to all species of fish, and often the fish on the weedline will be aggressive biters.

Throw a crankbait or jigworm along the weedline.  You’ll probably have at least some action from a variety of fish species.

If that doesn’t do the trick and there’s some wind, rig up a slip-bobber and head to a point or sunken island, or find a concentration of fish on deeper structure.  Attach a leech to your hook, adjust the bobber stop so that your bait is within a foot or two of the bottom, and give it a go.

If the fish still don’t want to bite, and if you have the option, head for an area river.  River fish often will bite when lake fish don’t want to.

Remember that food sources are at a season high in the summer.  The predator fish are seeing all sorts of bugs, crawdads, and young of the year baitfish.  Some anglers feel that it works well to “match the hatch”.  That means that they want to use a bait that resembles what the predators are feeding on.  That works well sometimes, but sometimes it works really well to show the predators something completely different than what they’ve been feeding on.

The key to summer fishing success is this:  If what you’re doing isn’t working, do something else.  In reality, that’s a good philosophy for fishing at any time of the year.  Employ it and you’ll catch more fish.