Crappies In The Summer 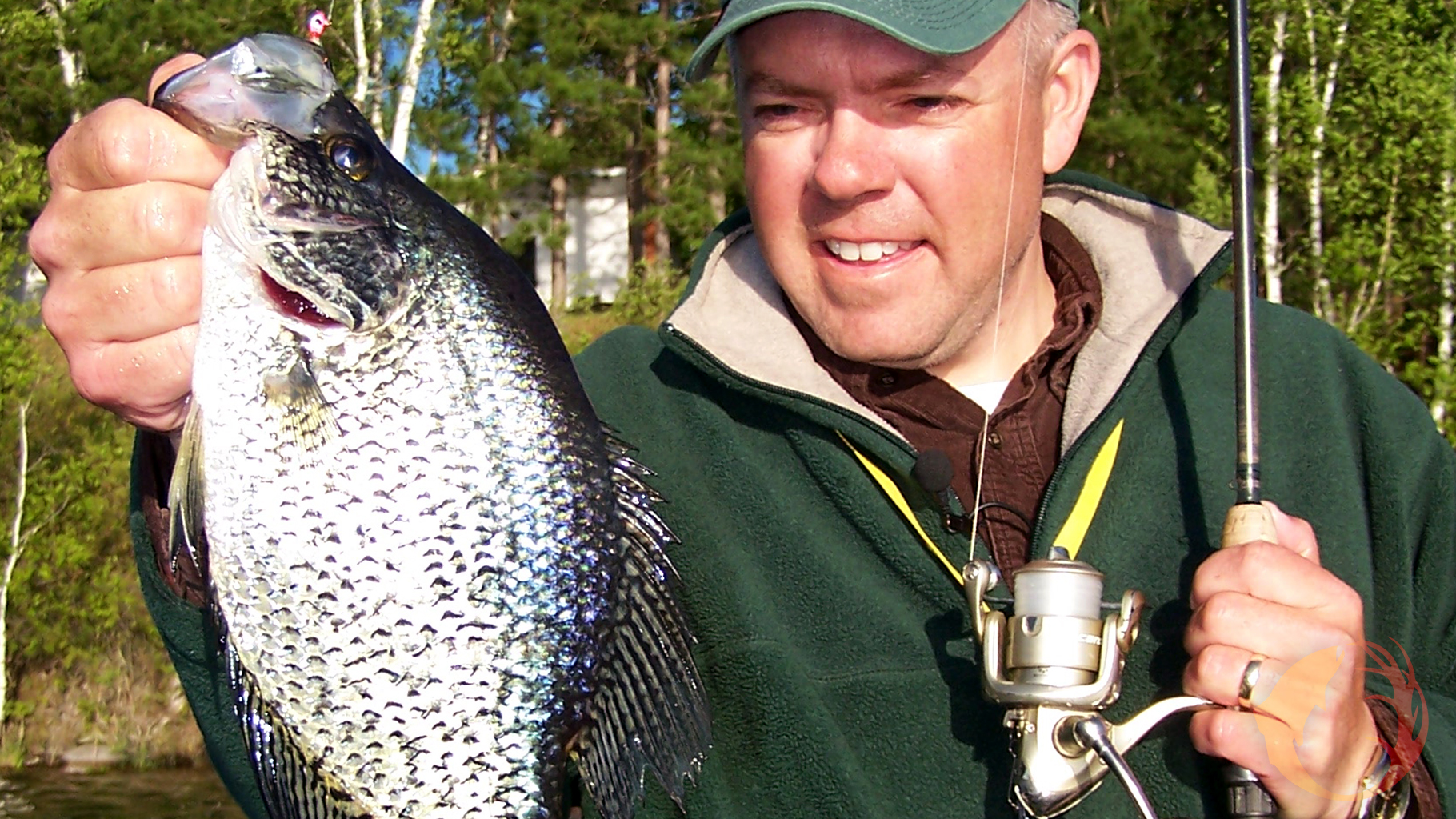 Crappies are one of the most popular fish species across North America:  Pure and simple, they’re fun to catch, and for the past few weeks, anglers who have been chasing crappies have, for the most part, been successful.  The crappies have been in shallow water and have been eating.  As we get into the summer months, crappies will move out of the shallows and be harder to locate.  If you want to keep catching them, you need to fish where they are.  Here’s how you do it.

A photo from way back: Here’s Travis Peterson with a late-spring, early-summer crappie that he caught on a jig.

In the spring and early summer when the crappies are shallow, often you can see them.  Many anglers just cruise the shallows looking for slab-sided fish.  When one is spotted, a bait is put near it.  After it’s caught, you move along to the next one.

Crappies spawn in shallow areas.  After they spawn, they move out to weed edges or drop offs in deeper water to recover from the spawn.  For awhile you can catch them on those weedlines or drop-offs.  In some bodies of water they’ll stay there all summer, but on other bodies of water they’ll move to deeper water where they’ll spend the summer.  Those deeper areas can be points extending from the shoreline, sunken islands, or just the basin of the lake.  If there appears to be no bottom structure that’s holding the fish, they’re probably there because that’s where their food is.  In the summer, fish of any specie will be wherever there is food available.

Cruise the deeper areas and watch your sonar carefully.  Don’t bother to drop a bait until you see signs of fish.  I’ve been using Raymarine sonar for the past several years, and from top to bottom in their offerings, they’ve got a unit that will do an outstanding job for anglers of all skills and needs.  The Dragonfly 7Pro is especially nice at a very reasonable price.  These units will reveal not only the baitfish, they’ll do a nice job of showing bottom-hugging crappies, and, in some bodies of water, crappies are much closer to the bottom than you might think.  More often than you might think, crappies will be right on the bottom like a walleye.

When they’re on the bottom in deep water, drop’em a jig.  Fish vertically as much as possible.  Try an eighth ounce Mr. Crappie Scizzor Shad or Lightning Shad.  Try different colors until the fish show you what they want.  There will be times when they want a particular color.

Four pound test line is best when the crappies are right on the bottom. The thinner line diameter allows small baits to get to the bottom quicker.  If they’re suspended, six pound test might be better, as the larger diameter slows the fall of your lure and allows the bait to stay in the fish zone easier and longer.  P-Line CX Premium is hard to beat when it comes to line.

Crappies can be caught all through the summer. If you keep these crappie-catching ideas in mind, you’ll do so.

Crappies In The Summer