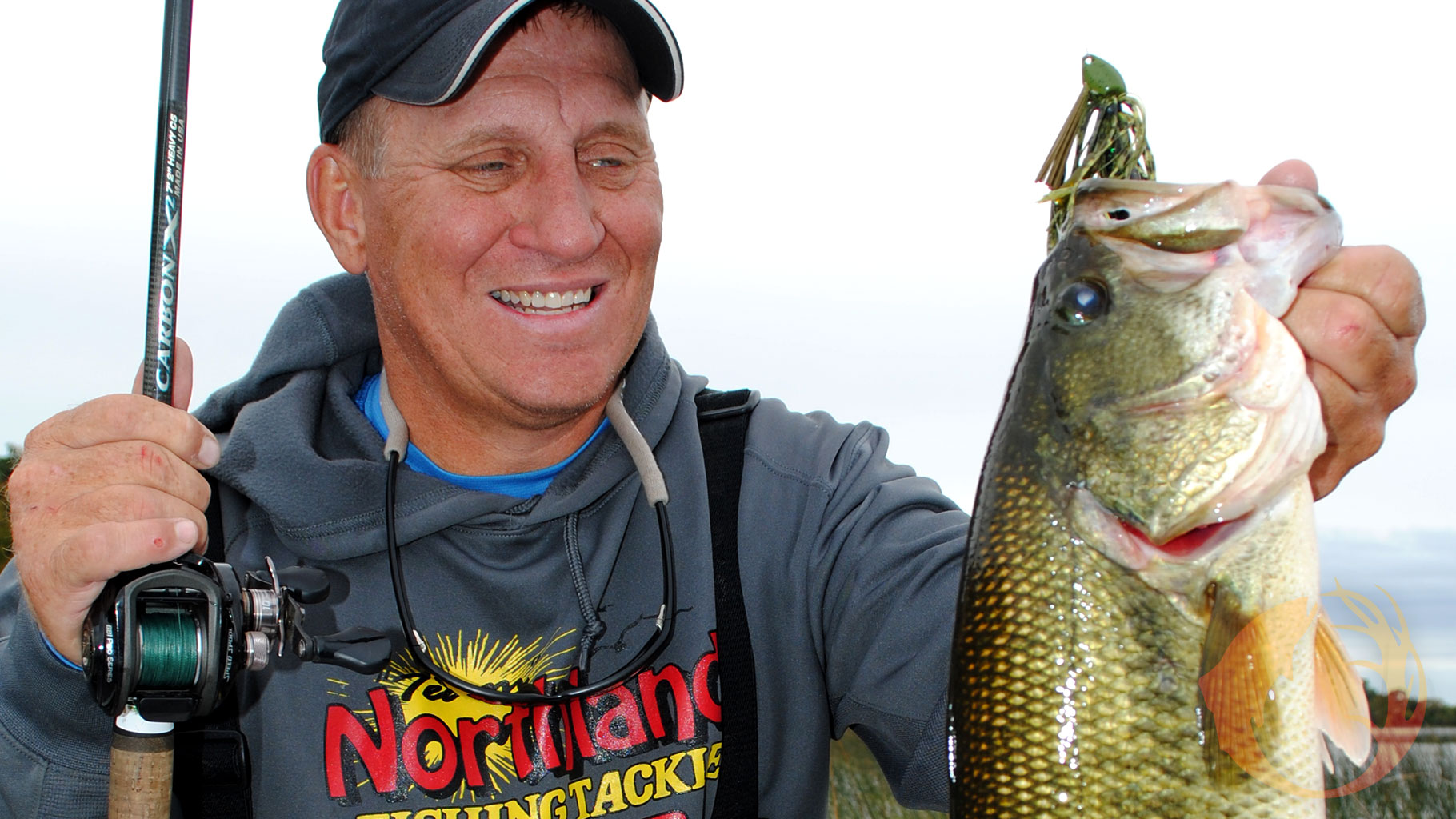 Mike Frisch caught this big largemouth while fishing in the rushes with a swim-jig tipped with plastic.

I remember way, way back in the day when my dad took me fishing with him to Wisconsin over the Memorial Day weekend.  It was an annual event for several years.  Walleyes were always the target, and we usually used jigs.  Then one year we discovered these minnow shaped baits that looked like something a walleye would eat.  They had a black back and a silver belly.  Trolling was prohibited on the lakes we fished, so we drifted when the wind was strong enough.  We pulled these baits on 3-way rigs and caught walleyes like we had never caught them before.  This went on for several years before we noticed the catching decreasing.  We couldn’t figure out what had happened.  Out of desperation to catch fish, we went to a tackle store to find a different bait to use.  That’s where we discovered the same bait in a different color:  Orange back/gold belly.  We got some, rigged them the same, went back to the lake and started catching walleyes all over again.  We figured the fish must have got tired of the same bait and wanted something different.  That was my first exposure to conditioned fish, but it made an impact.

A few years later, I got on a very hot smallmouth bass bite on a local river.  They were heavily schooled on a deeper water structure, and they were eating marabou jigs and minnows.  Orange jigs were what I liked at the time, and that’s usually what I started with.  But after catching a few bass, action slowed.  I knew they were still down there, but I couldn’t get them to eat my orange jig.  Again, desperation, or at least a very strong desire to catch more bass, kicked in.  I tried a different color jig and almost immediately started catching fish again.  When they slowed on that color, I tried another, and caught a few more.  Eventually they quit eating or they moved and I couldn’t catch any more regardless of what I used, but I saw enough to know that those bass became conditioned to a particular color, and since then I’ve seen it with crappies and walleyes.

This time of year it’s particularly noticeable that fish get conditioned through the ice.  A particular bait gets hot and that’s what everyone uses.  The fish that are susceptible to that presentation eventually become less likely to take it.  Change to something different and they’ll probably be more willing to accept it.

Just remember that using what used to work isn’t always the answer.  When the fish quit hitting what you’re using, use something else and you’ll increase your odds for better fishing action.