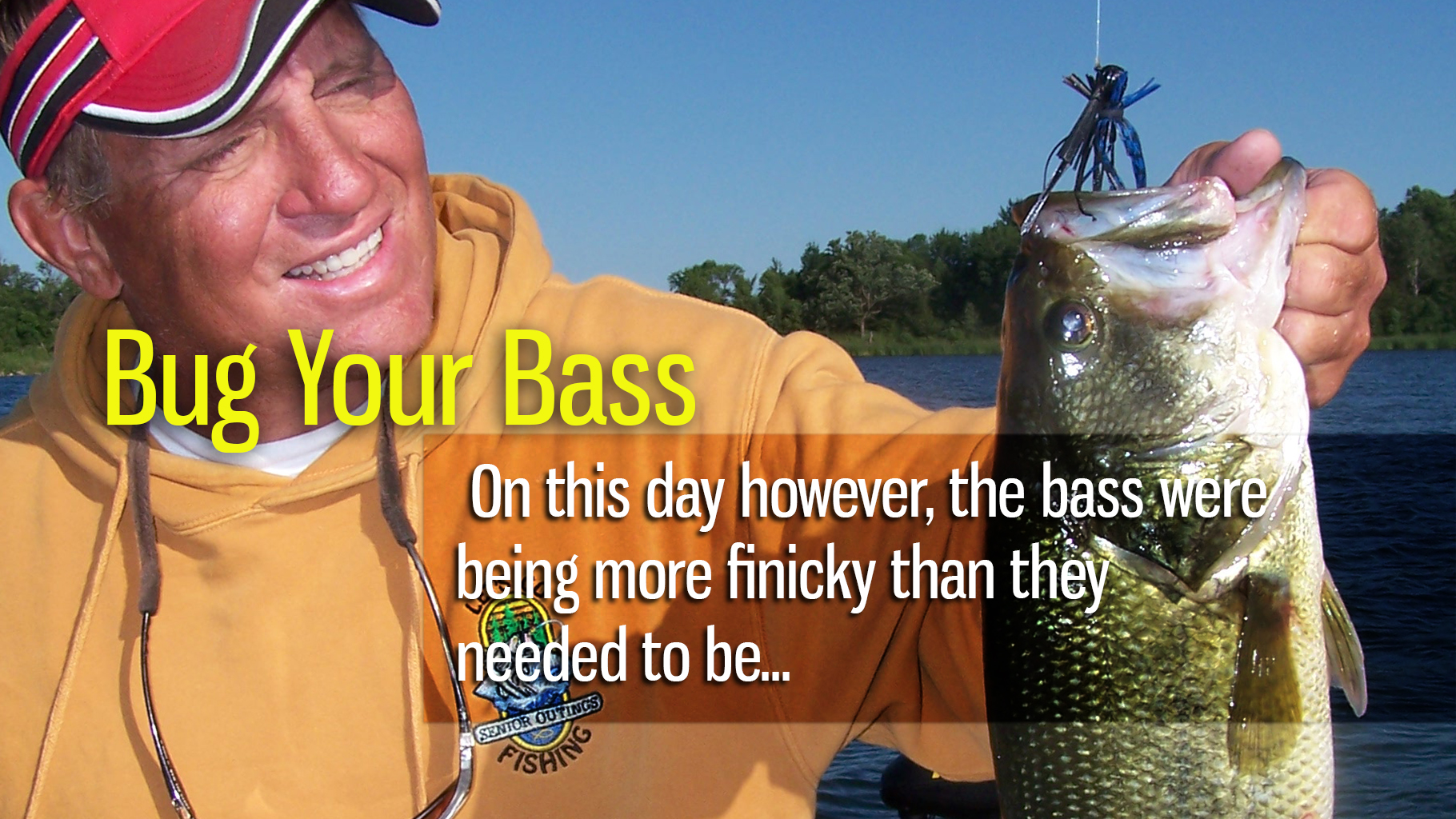 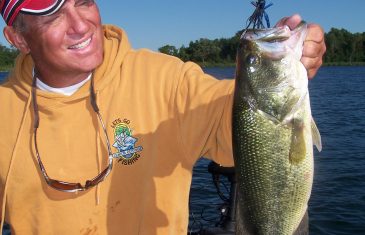 Largemouth bass can, at times, be pretty receptive to whatever lure you might put in the water.  On some days they’ll eat pretty much anything you throw that’s appropriate for where they’re hanging out.  If you throw a bait that’s made to work in shallow water, and if the bass are shallow, they’ll eat it.  Same things true for bass in the mid-depths and in deep water.

Then there are those days when the bass don’t seem to want to open their mouths, or they’ll only do so if you present exactly the right bait in exactly the right way.  We had one of those days recently.  We were fishing a lake that we knew was a good bass lake: We’d been there before and had caught’em good.  On this day however, the bass were being more finicky than they needed to be.  Here’s how we went about turning an average day of catching into a very good day of catching.

My fishing friend Mike Frisch lives in west central Minnesota and chases bass whenever he can.  Mike is a top-notch bass-catcher.

My nephew Sam likes to go bass fishing whenever he can.  Sam and I try to get together with Mike at least once a year to see if we can catch a bunch of bass.  We usually are pretty successful.  On our recent annual day on the water, we were again pretty successful, but it took some fine-tuning to get the bass to eat our baits.

We started out throwing jig-worms on the deep weedline.  This is usually a very productive technique.  On this day though, the fish weren’t as responsive as usual.  We tried different colors and styles of soft bait as well as heavier and lighter jigheads.  We also threw crankbaits.  We tried deep and shallow and caught a few bass, but fishing wasn’t as fast as it usually was.  We knew we were around fish, but not much was going on.  Not much until we switched our presentation.  After we did that, business picked up noticeably.

Mike said that he had noticed that, when the bass were being finicky, a fairly new type of jig had been producing well.  It’s called a Jungle Bug.  We tied on Jungle Bugs and the bite got better almost right away.

A Jungle Bug is a down-sized rubber-legged jig.  It’s smaller in weight, and appears smaller in size than most rubber-legged jigs because it isn’t as bulky as other jigs.  Also, it’s tied with a skirt that has “wiggle” even when it isn’t moving.  We fished the Jungle Bug slowly in and around cabbage weeds in four to six foot of water, water that we had already fished with other baits, and found the bass very willing to eat it.  A slow day of fishing turned into a very good day of fishing.

You’ll generally do best if you tip the “Bug” with trailers smaller than usual.  A three or four inch Chigger Craw will usually be good, but sometimes the more subdued Chigger Chunk will be even better.

Work the bait on ten to fourteen pound test Trilene Sensation or Trilene 100% Fluorocarbon.  If you crawl it slowly along the bottom, it will look like a crawdad, and bass like to eat crawdads.

Even when they seem like they don’t want to eat, you can usually find a way to make bass take your bait wherever you’re fishing.  A Jungle Bug and a Chigger Craw moved slowly along the bottom will often be a very good way to do so.

Get Ready for Fall Fishing