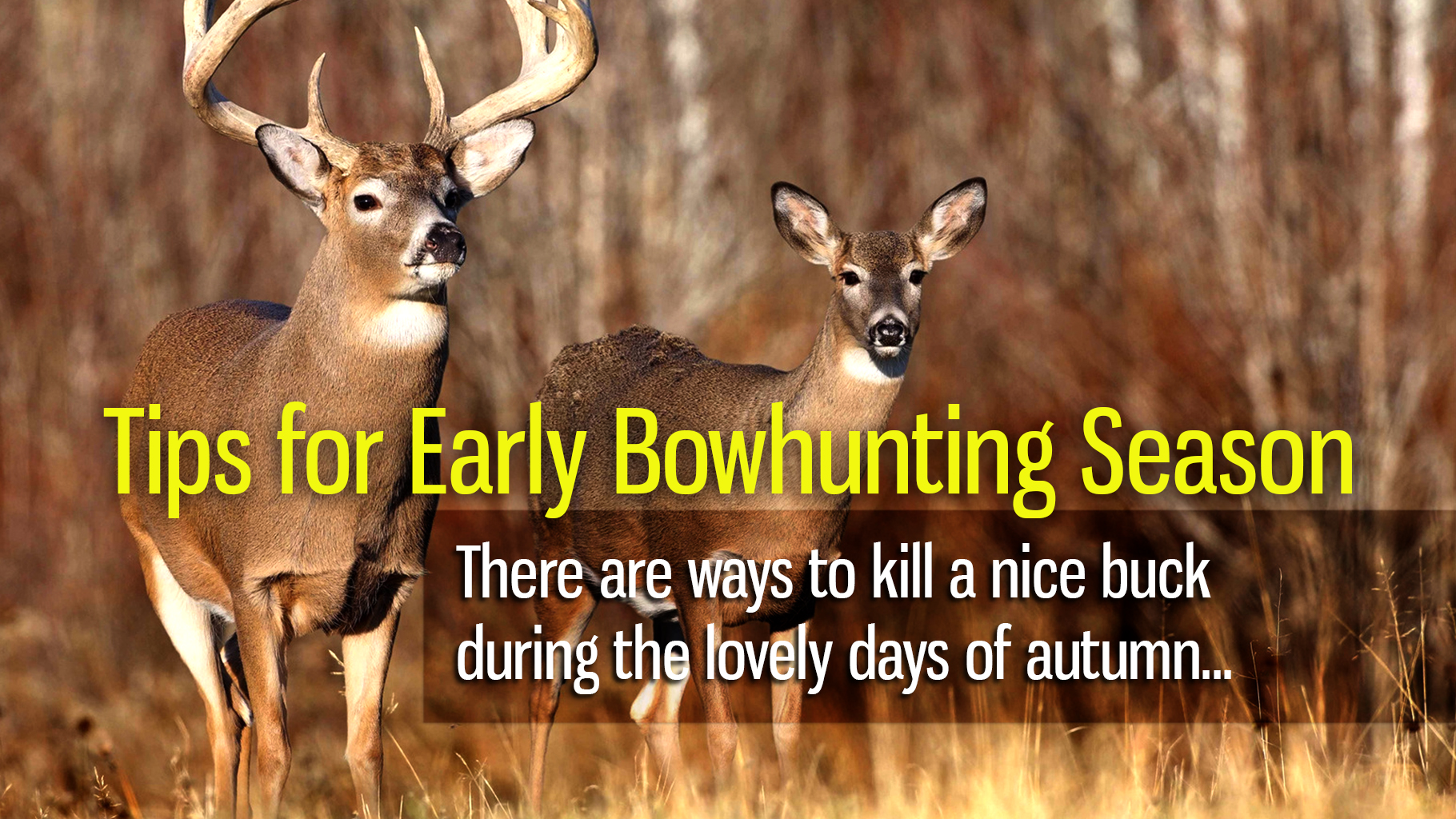 Most archers don’t get very serious about deer hunting in September and early October.

They’ll go out on opening day (September 26) just for fun, but this first of the season time doesn’t produce much for the average hunter. It’s just too warm and pleasant and the deer don’t start moving until almost dark and are back in their beds frequently before dawn.

Their only real chance then is to hunt on bad weather days, cold and cloudy, maybe with occasional splatters of rain or sleet, situations that get deer moving early. It’s easier to wait for the rut.

But there are ways to kill a nice buck during the lovely days of autumn, and even better ways to take a fat little forky or doe if you’re just looking for meat.

One is to seek out a good bedding area as soon as possible. They’re not hard to spot if you look carefully, and imprints of beds in the grass or downed leaves are dead giveaways.

Since deer will usually use the same bedding areas year after year, there will be well-worn trails leading from the beds to prime feeding areas, and often, those feeding areas are only 75 to 150 yards way, though they might be further. Setting up your blind or tree stand along such trails is one way to bag a nice whitetail.

A second technique that can be productive is to find a bedding area, then look for a small clearing within a hundred yards or so, and bait it.

And second, hunting over food plots is legal for deer throughout Ohio.

To be clear, a proposal that was introduced to the Ohio Wildlife Council recently would restrict baiting for deer only if the Chief of the Division of Wildlife determines a need to do so surrounding a chronic wasting disease positive location and would apply only to that “disease surveillance” area.

So on private land, setting up a bait pile is worth the effort. The pile can be shelled corn, apples (even wormy ones), carrots, sugar beets, commercial deer feed, or a mix of several.

I’ve heard several deer hunters say that baiting is unsporting, but I can see little difference between sprinkling doe in heat scent over a scrape or adding a life-size doe decoy to the same spot and baiting. In one, you’re appealing to their sex life, in the other to their bellies.

Once deer are coming to the bait pile, you should set up a trail camera or two to see which direction they’re coming from and whether a nice buck is among them. Then set up your stand there.

Remember that small bucks and does will usually walk right out into such fields and start feeding, but big bucks will often hang up in timber against the field and watch for a while before entering, sometimes as long as an hour or more. Again, use a trail camera or two, find out where they’re holding up and set your stand there. This method can really pay off.

Finally, keep in mind that deer love acorns, and when the white oaks and bur oaks begin to drop their nuts, they’ll usually abandon the fields and gorge on acorns. The acorns are high-energy, with large amounts of protein, carbohydrates and fat, ideal for building up strength for the coming rut.

Find a grove of white oaks with some on the ground and you’re likely to find tracks, droppings, and trails leading in. A great spot for a wall hanger buck.

Original Article can be found here