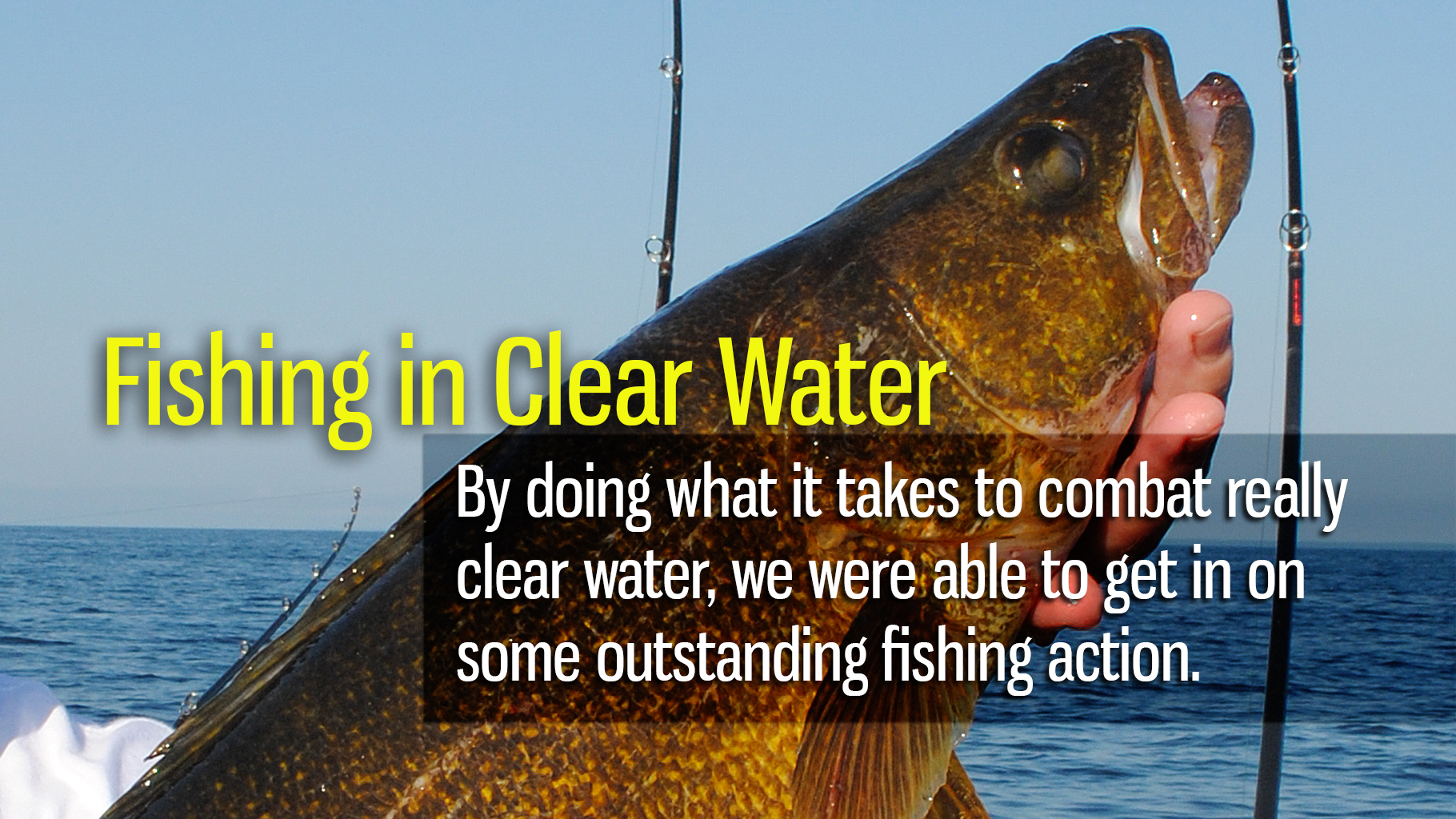 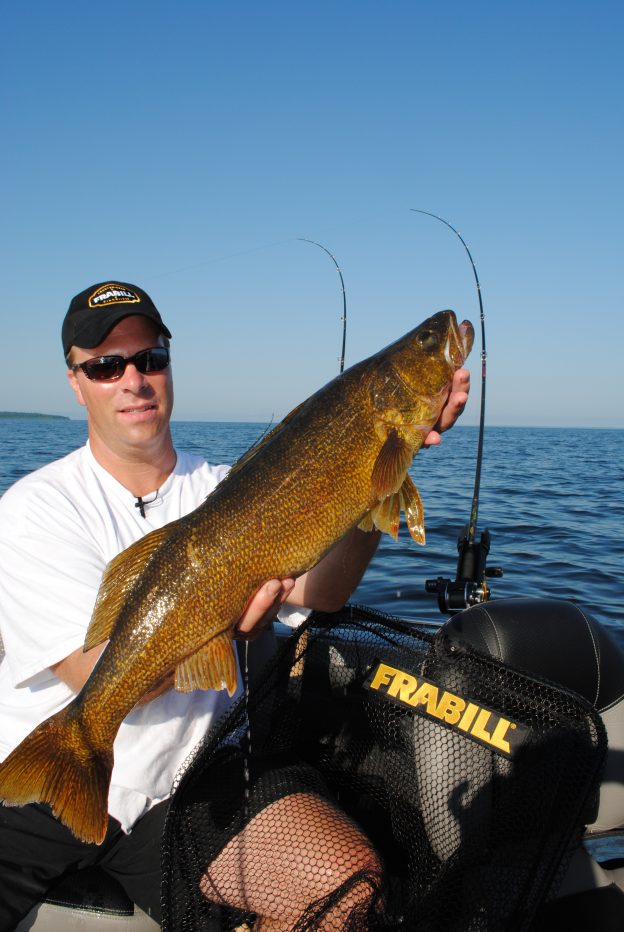 There are lots of factors that anglers have to take into account when they’re trying to get a fish to bite their bait. Water temps have to be considered, as do time of year.  Lure action and color are factors.  Another really important consideration is watercolor: Is the water clear, stained, or dirty?  On a recent fishing trip we encountered extremely clear water conditions.  By doing what it takes to combat really clear water, we were able to get in on some outstanding fishing action.  Here’s what went on.

We were fishing in Door County of Wisconsin.  Door County is a peninsula north of Green Bay in extreme eastern Wisconsin.  I was fishing with Bret Alexander, an outstanding area guide, and Jeff Kolodzinski, the world record holder for catching the most fish in a twenty-four hour period of time.  The waters around Door County are extremely clear: Bret said that when ice-fishing you could see bottom in almost fifty feet of water.  That’s clear stuff, and it requires special fishing considerations if you want to be successful.

We started out fishing for walleyes.  Much of the time we think of walleyes to be bottom-hugging fish, and in many bodies of water they are.  But, walleyes are hungry in the summer and fall, so they’ll be wherever the baitfish is.  Around Door County, the baitfish suspends, and the walleyes do the same.  At times they’ll be just a few feet below the surface.  Bret has a trolling presentation that’s very refined and enabled us to keep our spinner rigs where the walleyes were.

We employed planer boards with Off Shore snap-weights.  We set out three lines on each side of the boat.  The outside lines had the lightest weights, so those rigs were running closest to the surface.  The lines closest to the boat had the heaviest weight.  This meant that the lines closest to the boat were running the deepest.  We were covering three different depths on each side of the boat.  In this exceptionally clear water, most of the walleyes bit on the line farthest away from the boat.  We were using Off Shore in-line planer boards with Tattle flags, so the boards were easy to read even when they were a good distance from the boat.  By employing this technique, we caught good numbers of walleyes, and some big ones.

Later in the day we got after smallmouth bass.  They were in four to six feet of water.  We saw several swimming near the boat, but they wouldn’t eat our bait.  We started making long casts and started catching smallmouth, nice ones, very regularly.  They wouldn’t eat our baits when they were close to the boat, but if they saw it when it was a good distance away from the boat, they ate it willingly.  Many of the biggest bass bit as soon as the bait hit the water at the end of a very long cast.  This is when a no-stretch line like FireLine can be a huge benefit.  You get much better hooksets when the line doesn’t stretch.

You can catch lots of fish, and big fish, in clear water if you employ techniques that minimize the effects of the clear water.  Fish have to eat regardless of watercolor.  Keep the above ideas in mind and you’ll catch more fish when the water is clear.

Get Ready for Fall Fishing