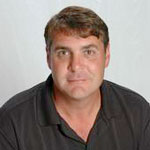 Tony has been with the American Outdoorsman since 2006, and is the Host of the American Outdoorsman Radio Show. Tony is widely known as an on air personality in Sports Radio and has appeared on ESPN, Fox, Sirrus, XM, and Armed Forces Radio for over 12 years in sports, but his passion for hunting and all things outdoors became a perfect blend as part of the American Outdoorsman Pro Staff and host of AO’s radio show alongside Mark Tobin. Tony is an avid waterfoul hunter and a long standing member and supporter of Ducks Unlimited. Outside of AO Tony is involved in corporate sales and is a well known sports handicapper.