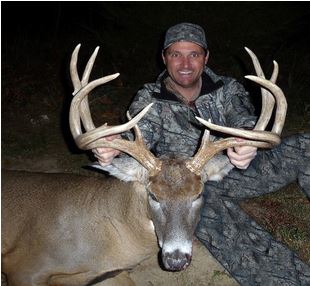 Jim Mueller began his hunting career at the young age of 5, trekking through the hills of Southern Missouri with his father on deer hunting excursions. His love of the outdoors grew from there. Jim has hunted and fished throughout the US, Canada, Mexico and overseas. An avid big game hunter, Jim is also a serious predator hunter. Jim’s true passion is sharing his outdoor experiences with his son and daughter. At the age of 11, Jim guided his son Kyle on a hunt to harvest his first mature Missouri buck. His daughter Reagan joins him on various hunts for the TV show and is being featured on several episodes of The American Outdoorsman. In addition to hosting The American Outdoorsman TV show, Jim manages a Kansas City-based investment firm that owns various businesses in agriculture, construction and manufacturing. Jim currently resides on a horse farm outside of Kansas City and also spends a significant amount of time in South Texas.