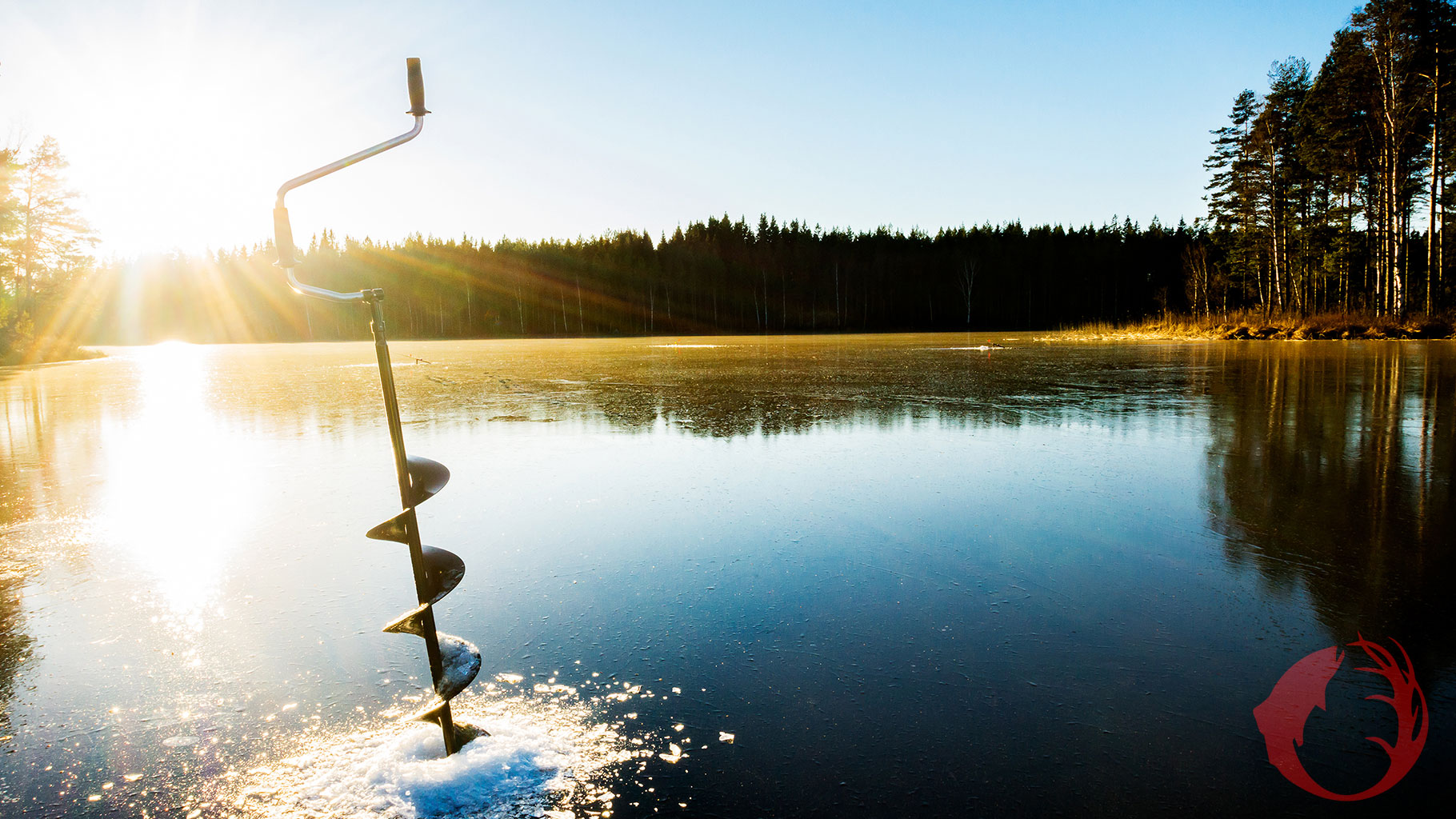 The days are getting longer and the weather is getting warmer. In my part of the world, this year March came in like a very serious lion.  If the “In like a Lion, out like a Lamb” adage holds true, we’ve got a very nice end of the month coming up.  Longer days and warmer temps this time of year mean that some really good ice-fishing is soon to come.  Here are some ideas for late season ice-fishing.

Perch, like this jumbo that Gary Roach caught on a Buckshot-Rattle spoon, can be very susceptible late in the ice-season.

Even through the ice and snow, fish seem to be able to sense a change in the seasons.  They instinctively know that it’s time to start thinking about spawning, so now is when they start heading to their spawning areas.  They’re not in a big hurry to get there yet, they just want to get headed in that direction.  As they travel, they like to eat.  Walleyes, northern pike, perch, crappies, and bluegills:  Most fish that live in the Midwest will be getting hungrier and easier to catch now and for the next few weeks.  You don’t want to completely abandon the areas you’ve been fishing all winter, but you need to keep in mind that those deeper structures that have been home to good numbers of fish for the past couple of months won’t have as many now and even fewer as the days pass.  When you’re not seeing as many fish as you have been, it’s time to move to where the fish are.

There will still be an early-in-the-day and a late-in-the-day bite, but on a lot of bodies of water, the bite can be pretty good all day.  Some lakes have a reputation for being a good mid-day lake.  Do some research and see if you can locate one of those lakes.

Remember that the fish have seen lots of baits by now.  If you’ve got something on the end of your line that’s been working, keep using it until the fish tell you they want something else.  Then go to a different color or a different size or impart a different action on the lure.  If you’ve got a bait that hasn’t worked all year, give it a try.  Maybe the fish will decide that it looks pretty good to them now.

Last thing:  Don’t try to extend the season too far.  If you’re not sure if you should be on the ice, you probably shouldn’t be.  If no one else is out there, you shouldn’t be either.  Keep an eye on current conditions.  If it starts to get really warm during the day, you should head for shore.  Several years ago our group went out on the lake in our trucks and didn’t pay enough attention to the warming conditions.  As we headed back to shore at the end of the day, the ice had broken up and pulled away from the shore.  We had to drive around to find an access that we could use.  We found one, but that could have been a bad deal.

Be safe, be mobile, be creative, and the next few weeks of ice-fishing could be memorable for you in a good way.To see new and old episodes of Fishing the Midwest television, new and old fishing articles, and fishing video tips, visit fishingthemidwest.com and don’t forget to join us at Facebook.com/fishingthemidwest.

Get Ready for Open Water