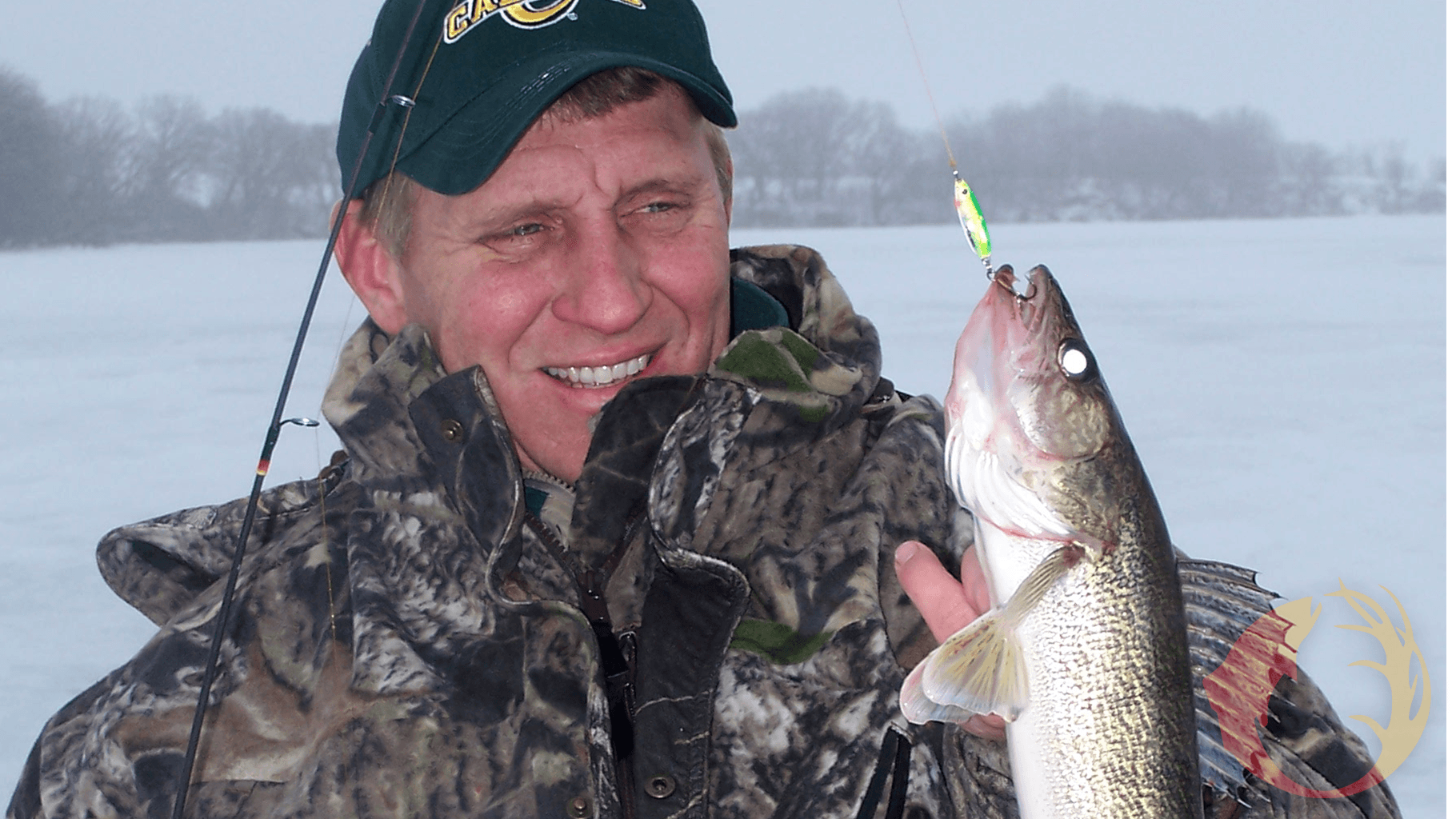 It was early in the ice-fishing season when Mike Frisch got this walleye to eat his Buck-Shot Rattle Spoon.

There was a skim of ice on the pond this morning which served as a good reminder that ice-fishing is getting closer all the time.  While we’re probably still a couple of weeks away from getting on the ice, now is a good time to think about some of the things we can do this year to have a successful ice-fishing season.  Here are some of those things we should think about.

The first and most important thing to remember is that you don’t need to be the first person on the ice.  Every year someone tries to get out there before the ice is safe.  Make sure the ice is safe before you attempt to walk on it.

With that in mind, remember that first ice can provide very good action.  As soon as it’s safe, you should be out there.

Early ice is usually thin, and often there is no snow on top of it.  That means that the fish can detect your presence very easily.  You need to be super quiet and super still when fishing on thin ice.

Early in the ice-fishing season, it is usually a good idea to sit on a spot longer than you might later in the year.  Because of the thin ice, it works well to give a spot more time to produce.  The more you move around, the more you’re going to spook the fish.  Later in the year when the ice is thick and there’s snow cover, the fish won’t detect your movements, so you can move around more.

Line that is hard to see will be better for spooky fish.  P-Line Floroice is perhaps the lowest visibility line out there.  It provides outstanding sensitivity and strength.

Also, tiny baits are usually better when the fish are finicky.   If you’re after panfish and you’ve got to convince them to bite, go with something like a Hard-Rock Mooska jig tipped with live bait or one of the Impulse Helium jigs.  Move them slowly and make the fish bite.

Early in the ice fishing season, the water is often quite clear and the fish will usually be in shallow water.  This can be a great time to watch the fish.  You can learn a lot about fish and fishing by watching how they relate to different lures, lure sizes, and lure actions.  Even if the catching isn’t so good on some days, you can learn a lot of things that will help you catch more fish next time out just by watching the fish.

Always remember our first reminder: You don’t need to be the first one out on the ice.  If you remember that, you’ll enjoy lots of ice-fishing early in the ice fishing season.

It’s Time To Think About Ice-Fishing