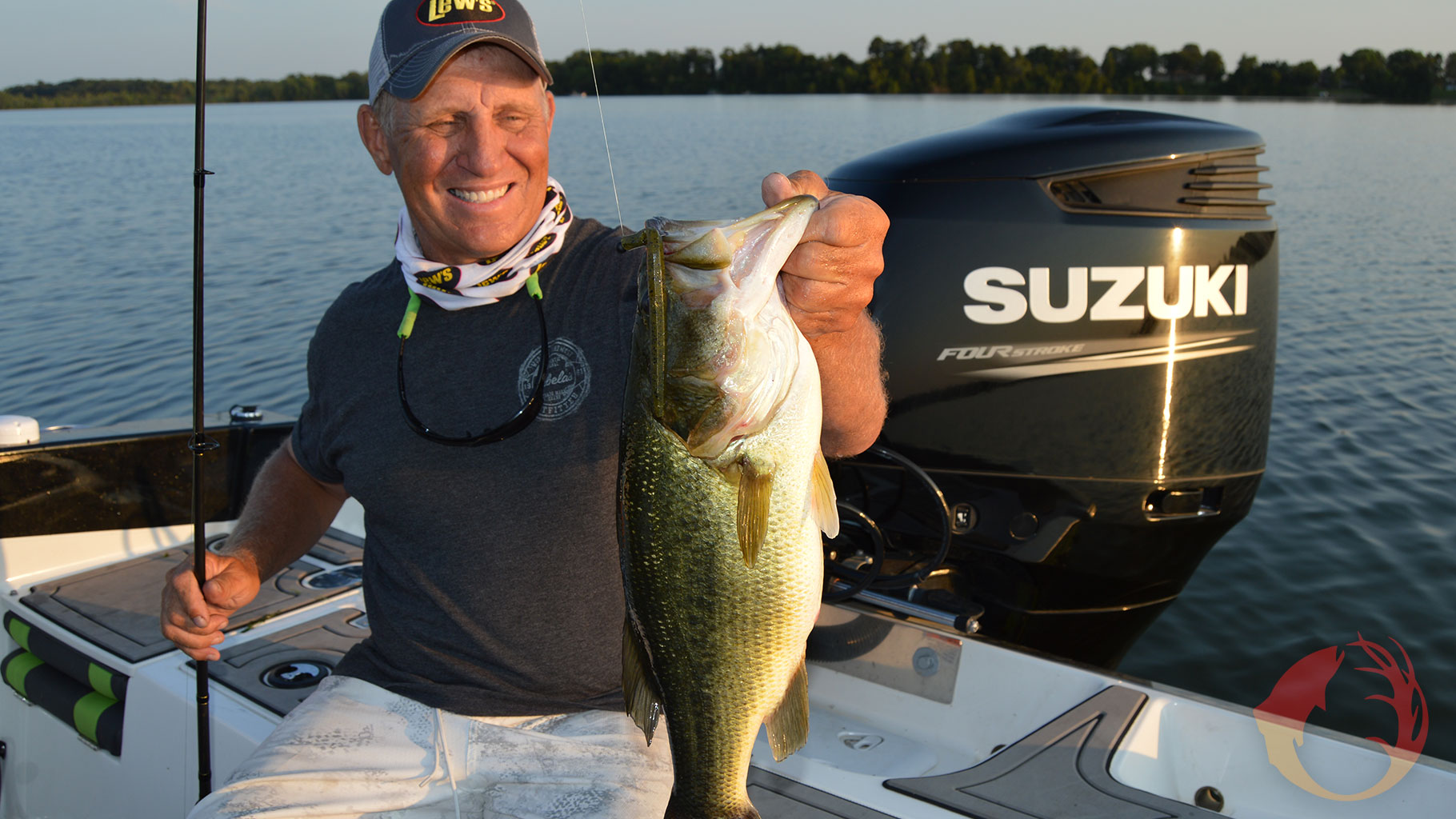 Recently Mike Frisch and I got together for an afternoon of fishing.  Our plan was to chase largemouth bass on a lake that is very similar to lots of other lakes across the Midwest.  What Mike and I re-learned that afternoon always helps us catch more fish at any time of the year.

The lake that we were on is primarily a bass/panfish lake.  There are some pike and a few walleyes in it, but bass and panfish make up the bulk of the fish population.

The lake has a lot of shallow water cover in the form of lily pads and reeds.  We wanted to fish the shallow sloppy areas because, Number 1, we really like to fish this way.  You see every strike, and oftentimes you can see the bass approaching the baits.  It’s very exciting fishing.

Number 2, this is also a productive way to fish.  There are lots of bass in those sloppy areas, and much of the time they’re willing to eat regardless of time of day or anything else.

We tied on Strike King’s KVD Sexy Frogs and started working the reeds.  These baits slide over and around the vegetation better than anything else, and the bass like to eat them.  We caught a couple and missed a couple.  Action was not as fast as we expected.

Eventually we got to a small bay that was covered with lily-pads.  We could see bass moving in the shallow water.  We started casting and caught several bass quickly, but then the action died.  The shallow bite was not as good as we had hoped, so we did what anglers should do when the action is not as good as expected:  We did something else.

We tied on eighth ounce jig heads, tipped them with Ochos, and moved to a weedline that was in the 9 to 11 foot range.  We worked around a bit, catching a bass here and there.  Then we found a point in the weedline.  It was there that we also found a school of hungry bass.  For a while, it was a bass every few casts:  A few times we caught them on consecutive casts.  Action was fast, and some of these bass were big ones.  They mostly ran between 2 and 5 pounds.

An Ocho is a straight-tailed plastic worm, but is 8-sided, which gives it a wobble as it falls, and it also reflects light effectively.  Rig it on a jig designed for plastic, something like Northland’s Slurp! Jig or Rock-It jig.  An eighth ounce jig is the right size much of the time.

We fished the Ochos on 15 pound test P-Line XTCB Braid.  This line has about the same diameter as 6 pound test monofilament.  The braid provides excellent sensitivity.  We could feel the bait sliding through the weeds, and we could also distinguish the difference between hanging on a weed and a fish bite.  Braid has no stretch, so hooksets are solid.  Also, due to the no-stretch, the fish feel bigger than they really are, and I’m okay with that.  We worked the worms on spinning rods: Medium heavy Lew’s Custom Pro Speed Sticks to be exact.  These rods provide outstanding performance.

Feature Photo: Mike Frisch with a jumbo largemouth bass taken on the weedline with an Ocho.