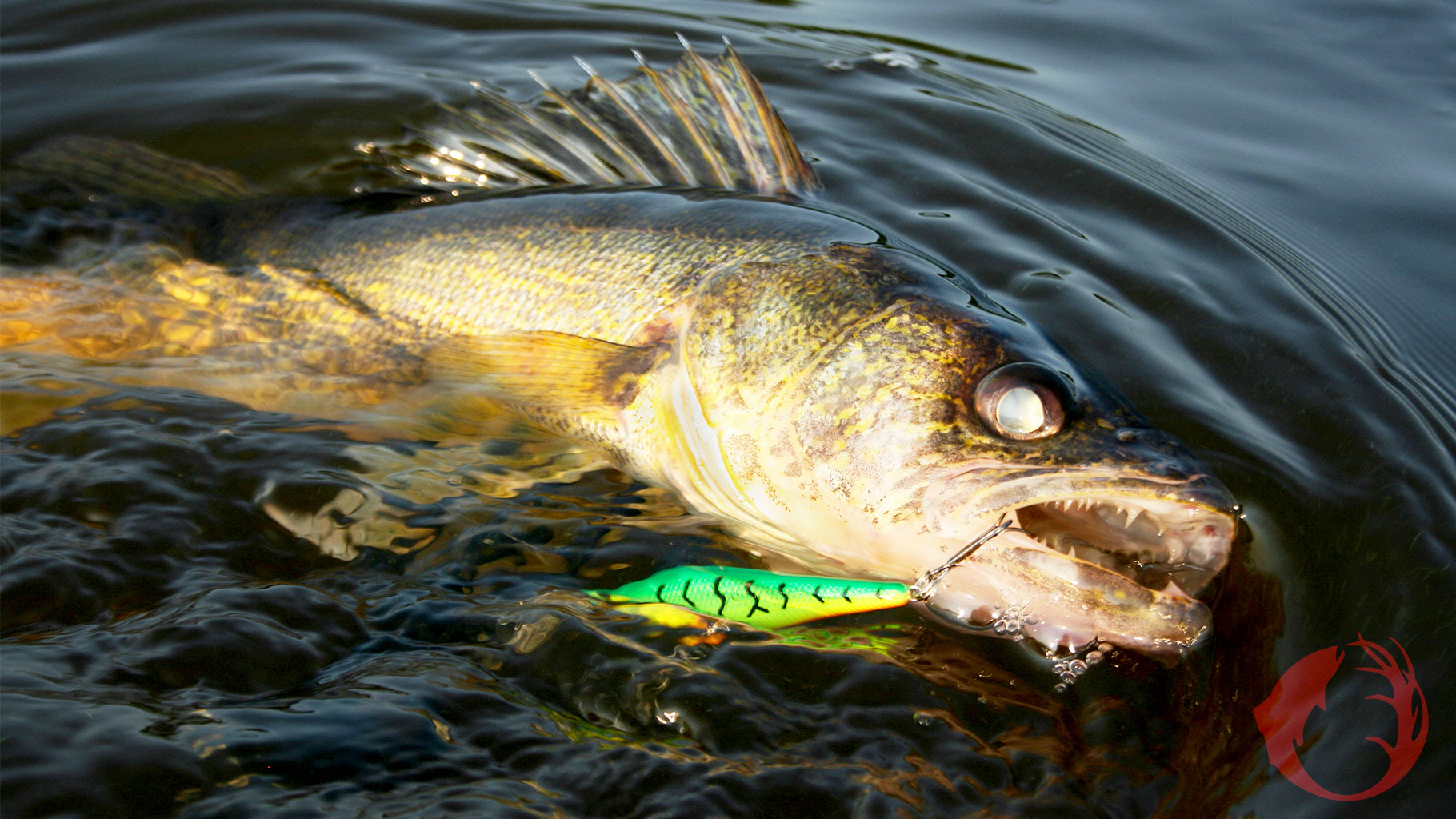 It’s the middle of summer.  Walleye anglers are catching walleyes on live-bait rigs, spinner rigs, crankbaits, jigs, and slip-bobber set-ups.  And a few anglers are using ice-fishing baits to catch walleyes.  Here’s an idea you might want to try next time your chasing walleyes when the weather is warm.

Some friends and I were having a conversation about walleye fishing a few years ago and we got to talking about lures and the different seasons.  We remembered that in years previous we had used spoons designed for ice-fishing in our open water fishing, and we talked about other ice baits that might work in open water.  A couple of us had heard of anglers having open water success with jigging baits that were designed for ice-fishing.  We decided to investigate this concept more.

A few days later I was fishing with my friend and fishing guide Joe Honer in the northeast corner of South Dakota.  The walleyes were on a pretty good bite.  The best time to try a new technique is when the fish are cooperating.  I had brought some Northland Puppet Minnows along specifically for this opportunity.  Puppet Minnows were designed with ice-fishing in mind, but in the next few hours Joe and I discovered that they do an outstanding job in open water as well. 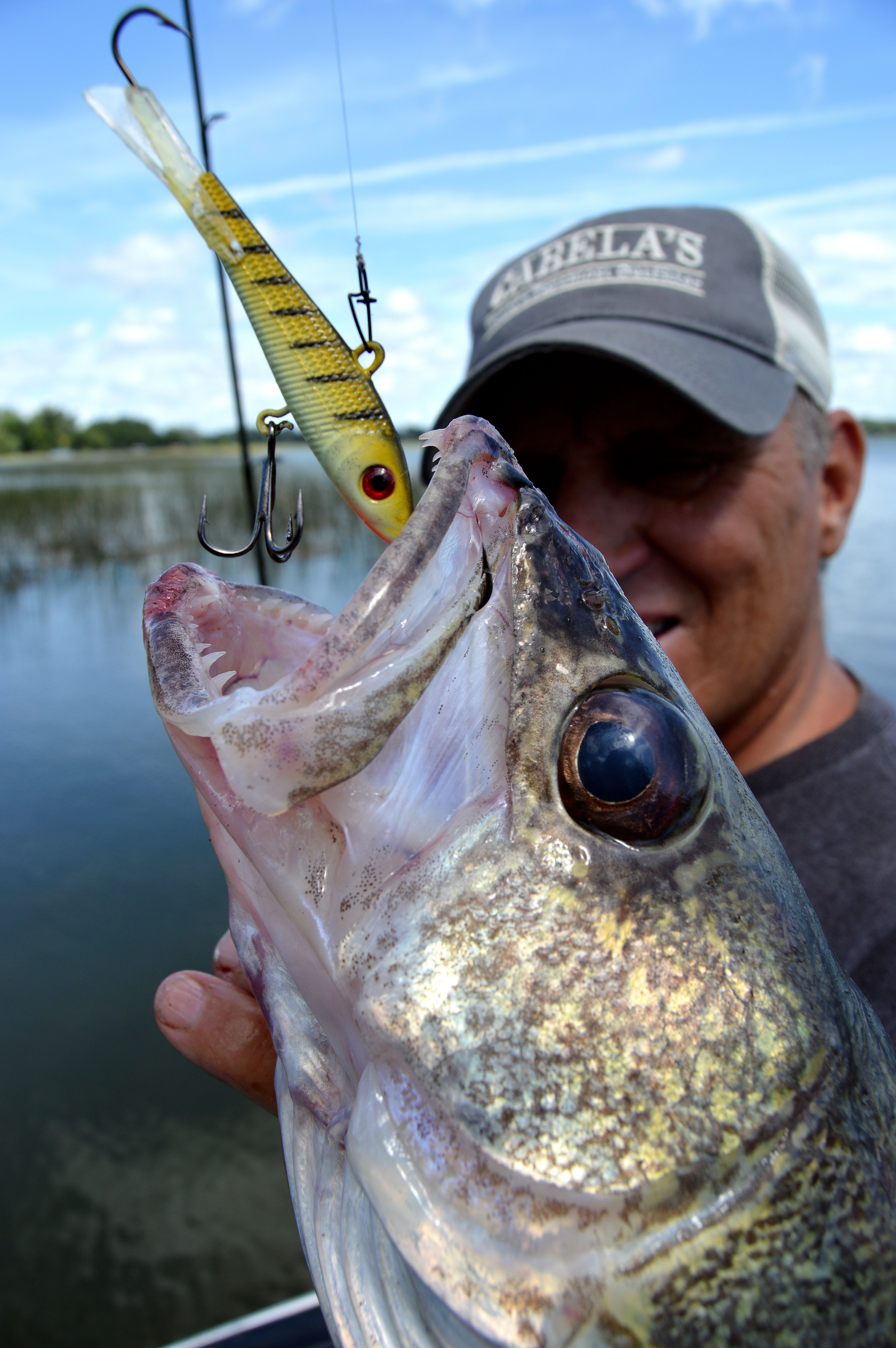 A summer walleye that ate a Puppet Minnow, a bait designed for ice-fishing. but catches ’em in the summer.

Since this style of bait was designed for ice-fishing, it was meant to be fished vertically:  Straight up and down, so that’s how we fished them.  We found a sunken island about 20 feet below the surface, and there were fish on it.  We dropped our Puppet Minnows tipped with a piece of minnow to those fish and got bit almost immediately.  However, these fish were perch.  Jumbo perch, and they were very willing to eat our baits.  However, we were looking for walleyes, and, after catching a good number of perch in a short time, we moved to the other side of the structure and again, saw fish on the sonar, and this time they were walleyes. And these walleyes, just like the perch, were very willing to eat this new style bait.  I’ve repeated this scenario again and again all across walleye country.  Summer walleyes really like winter baits.

Puppet Minnows can be presented effectively on spinning or baitcasting combos.  I use either.  There are several rods in the Lew’s line that work very well.  The Custom Speed Stick Walleye Special is a favorite of mine.  In either spinning or casting, go with a 6’6” or 7’ rod with a little tip action and more power in the mid-section.  I like P-Line XTCB braid in 10 or 15 pound test with an 8 pound test Tactical leader.  Attach the braid to the leader with a small swivel, and attach the bait to the leader with a small snap.  In the deeper water that we’re fishing, the braid provides more sensitivity and better hooksets.

As with any lure, experiment with color and action.  Some days the fish like a more aggressive jigging action, some days not.

And, although these baits were designed to be fished vertically, I’ve had success casting them and I’ve heard of some anglers experiencing action by trolling them.  I haven’t tried the trolling thing yet but intend to.

Just remember:  If a walleye will eat a bait in the winter, it will probably eat the same bait in the summer or fall.  Learn that for yourself next time out.